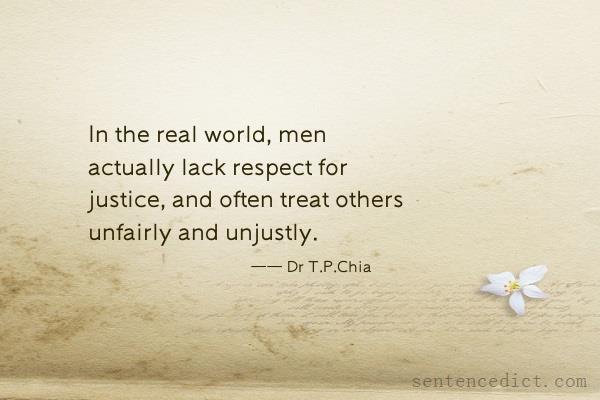 Despite a high and growing global average income,

We citizens of the rich countries are conditioned to think of this problem as an occasion for assistance. Thanks in part to the rationalizations dispensed by our economists, most of us do not realize how deeply we are implicated, through the new global economic order our states have imposed, in this ongoing catastrophe.

The elephent in the room

1 Backed up against the wall! 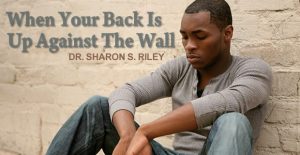 “This is one of the biggest questions of justice” –

the chocolate industry etc cited below – “working for nothing” – according to Harvard professor Michael Sandel (minute 11:15) in his Talk to Al Jazeera 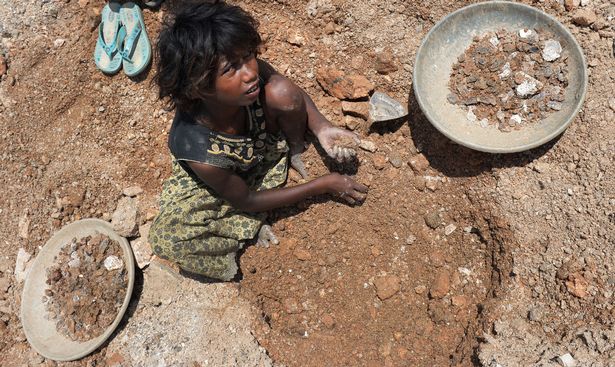 India has a reported 18 million slaves working in awful conditions 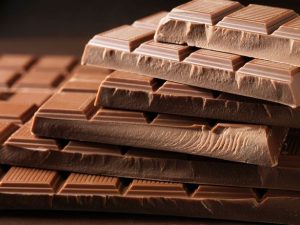 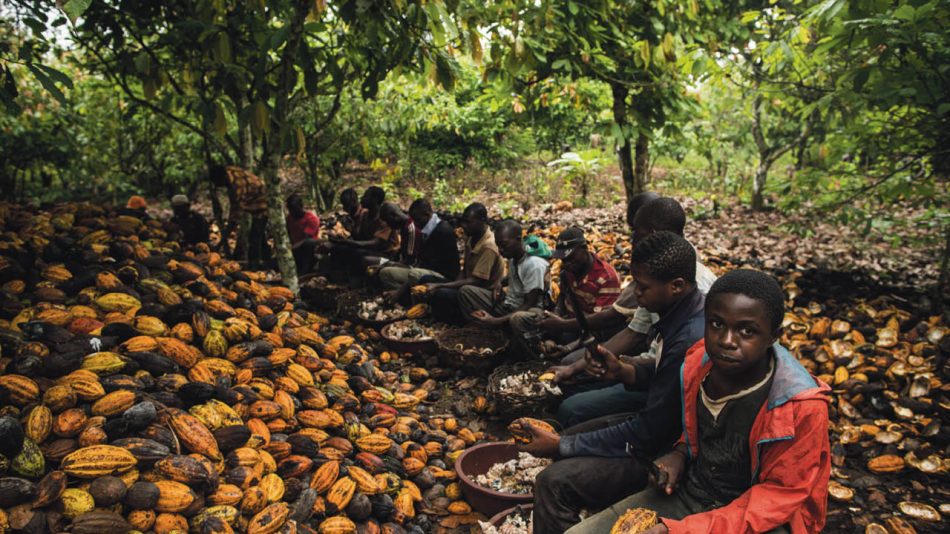 One of the darkest secrets

The Dark Side of chocolate: child slaves and child trafficing in the chocolate industry for harvesting cocoa bones.

Undercover in a Bangladesh clothing factory

The lives of the many people and places behind our clothes.

Many of the clothes sold in American stores come from factories in Bangladesh, which has a history of workplace disasters. Following the factory collapse last month that killed over 1,000 people, Holly Williams went undercover to see what the conditions are really like.

Dying for the World Cup. Qatar World Cup Costs 6,500 Workers Their Lives. The urgly side of the beautiful game.
Trapped in Slave-like conditions.

It’s one of the most jaw-dropping sights of the modern world. For as far as the eye can see, along a stretch of coastline in Bangladesh, hundreds of mammoth supertankers lie beached on the sand. This is where the world’s ships come to die. Tim joins the thousands of workers, some of them children, who are paid just 47 cents a day to break up these rusting giants with their bare hands.

Civil rights activist Rosa Parks (February 4, 1913 to October 24, 2005) refused to surrender her seat to a white passenger on a segregated Montgomery, Alabama bus, which spurred on the 381-day Montgomery Bus Boycott that helped launch nationwide efforts to end segregation of public facilities.

The darker side of Residential Schools

Residential schools “inflicted profound injustices” on Aboriginal people. “The children who attended residential schools were treated as if they were offenders and were at risk of being physically and sexually abused,” the TRC says. (TRC = Truth and Reconciliation Commission of Canada)

When they complained of abuse, the students were often ignored.
Years later, when they launched civil lawsuits, they found the legal system was stacked against them “in a way that often re-victimized the survivors.”

Tuam, a quiet town in the west of Ireland. Tuam, a name that traumatised the whole of Ireland in the spring of 2014, when an unimaginable story was revealed. A hidden mass grave containing the remains of some 800 children was discovered on the former grounds of a home for single mothers, a hell on earth where children died from ill treatment, and were shamefully buried in secret and forgotten. Up until the 1990s, dozens of these detention centres were run by religious orders, but the country is still reluctant to confront the ghosts of its past.

A culture of secrecy, fabrication and deceit has cast a heavy shadow over the legacy of the Australian special forces deployment in Afghanistan.

The Brereton report into alleged war crimes by Australian special forces in Afghanistan has found credible evidence that Australian SAS soldiers were involved in the murder of 39 Afghan civilians. The alleged incidents have been described as a ‘disgraceful and a profound betrayal of the Australian defence force’, and include evidence that junior soldiers were coerced to execute prisoners to achieve their first kill in a process known as ‘blooding’.

Sanda was a young civil engineering student at the KU Leuven who wanted to join a student association in Belgium, he was subjected to several trials like drinking litters of alcohol and fish oil, eating living mice, eels and fishes. The 17 perpetrators have tried to hide what happened, have deleted all the messages and every proof of what happened. The members of the student association only had to do some community service and write an essay on their actions.
When a student dies due to other students, writing a paper is out of proportion! 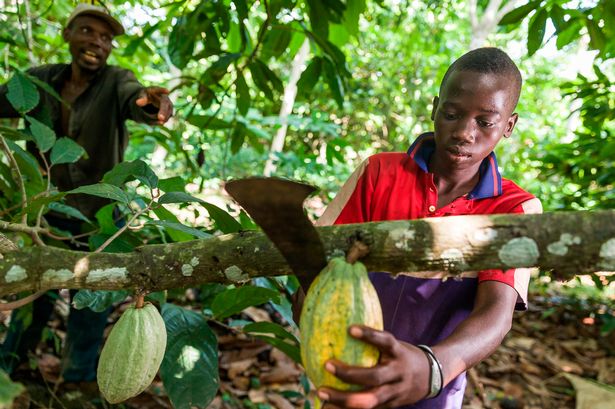 The everyday pamper goods that make life hell for millions trapped in slavery and child labour.

More than half of the 45 million subjected to forced and cheap labour are in five countries – India, China, Pakistan, Bangladesh and Uzbekistan – but the issues go much further

Amidou Yeo, 15, and his dad Kregapou, work on a cocoa plantation to meet our chocolate needs.

Using your smartphone or tablet, enjoying a chocolate bar, picking up ­charcoal for the BBQ or posing with your new fake designer handbag.

They are all part of life’s pleasures in technology-savvy 21st century Britain.

But our ongoing desire for cheap consumer goods could also be fuelling the misery of modern-day slavery and forced labour, which is thriving around the world.

A staggering 45 million adults and children are subjected to forced and cheap labour according to new statistics from the Global Slavery Index. More than half of those are in just five countries – India, China, Pakistan, Bangladesh and Uzbekistan.

Governments and many organisations are involved in trying to stamp out the evil trade. But around the world, there are still victims forced to work for a pittance or no money at all under threats of abuse and mistreatment.

Yet there are still ways you can enjoy the luxuries you have become used to with a clear conscience.

TODAY
Mica is found in every car, plane and cell phone. But a year-long NBC News investigation reveals the shocking human cost of mining the mineral. Senior investigative correspondent Cynthia McFadden takes TODAY to the mica mines of Madagascar.
About: TODAY brings you the latest headlines and expert tips on money, health and parenting. We wake up every morning to give you and your family all you need to start your day. If it matters to you, it matters to us. We are in the people business. Subscribe to our channel for exclusive TODAY archival footage & our original web series.

Everyone must row with the oars he has

Pull the wool over someone’s eyes

Children of a Lesser God!

How to be more powerful than powerless | Ron Carucci | TEDxSnoIsleLibraries

TEDx Talks
Leadership researcher and author Ron Carucci speaks to the exertion of our will on others. Where does power come from? Who gets to have it? How do we relate to it or misuse it? From playground bullying, to picking sides for teams, Ron explores this mysterious force of human nature and how it can be used to create a more connected and compassionate community. Seasoned consultant with more than 25 years of experience working with CEOs and senior executives of organizations ranging from Fortune 50s to start-ups in pursuit of transformational change. His consulting has taken him to more than 20 different countries on four continents. He has consulted to some of the world’s most influential CEOs and executives on issues ranging from strategy to organization to leadership. He has worked extensively in the health sciences, biotech, and healthcare provider sectors and in the technology, consumer products, and retail food and and beverage industries. He has led work on several large-scale merger integrations and subsequent culture change. Lifelong-learner. Faith shapes how he learns. Work shapes and demands that he learns and requires him to help others learn. Dad of two amazing kids. Passionate about leaving the world better than I found it every day and I’m very privileged to be doing work that provides the opportunity to do that every day. This talk was given at a TEDx event using the TED conference format but independently organized by a local community. Learn more at https://www.ted.com/tedx

2 Cobalt-mining in the Democratic Republic of the Congo

This is what we die for: Child labour in the DRC cobalt mines

Blood, Sweat, and Batteries: Inside Congo’s Cobalt Mines I Fortune

Your Cell Phone Might Be Powered By Child Labor 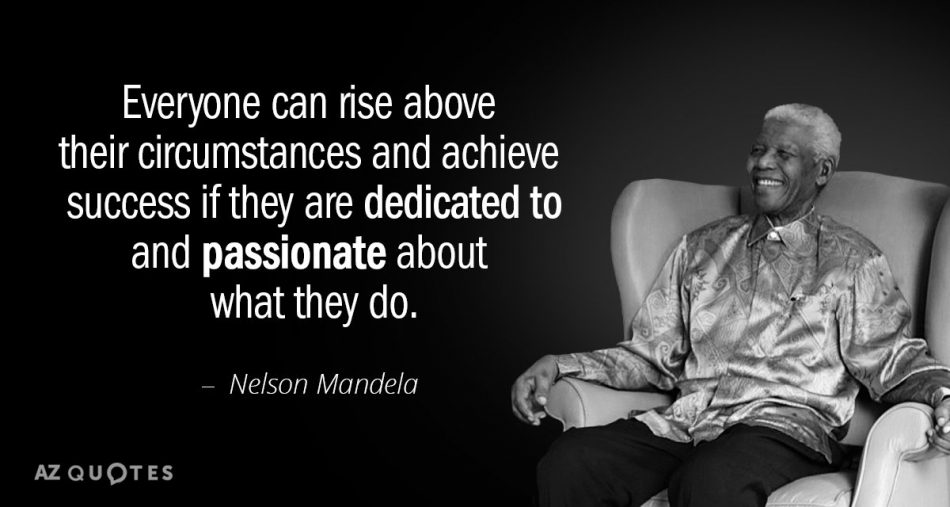 Back to the wall:

In the mountains of northeast India, children as young as 9 years old mine for coal.

The children who work in India’s rat-hole coal mines

Deep in the hills of northeast India, thousands of children are employed to burrow into narrow “rat-holes” inside the earth and cut coal, victims of a lucrative and unregulated mining industry. Duration: 02:32

Whoever dislikes this video is a fool, obviously don’t care about these people that basically live hell whilst you’re at home stuffing faces, drinking and sleeping on a bed.
These kids want schools and want to work when they are older and actually get paid all the best to them over in Kenya.

A documentary on Minors being held in Prison in the Philippines 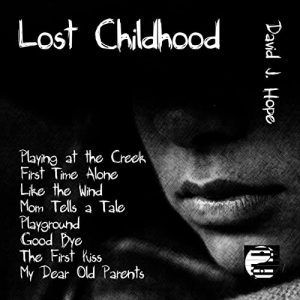 Below is the emotional text read by a 12 years old girl to the Pope in the last link, when she starts crying.

“My name is Glyzelle Iris Palomar. I am 12 years old. I live in ANAK-Tnk foundation.

There are many childen neglected by their own Parents. There are also many who became victims and many terrible things happened to them like drugs or prostitution.

Why is God allowing such things… even if the children did nothing wrong?

And why are there only very few people helping us?”

Children of a Lesser God!

Street children in the Philippines | DW Documentary: A Creul Childhood

The rich, the poor and the trash | DW Documentary (Inequality documentary) 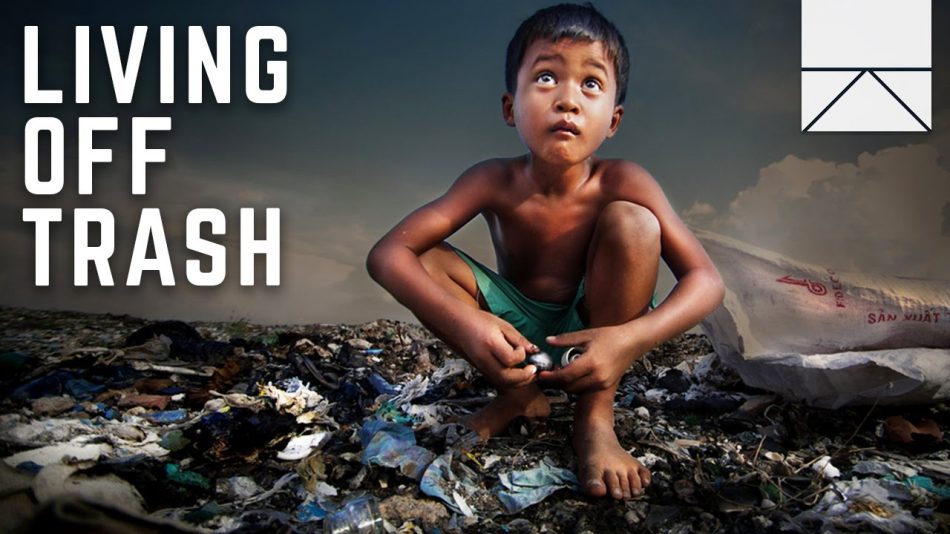 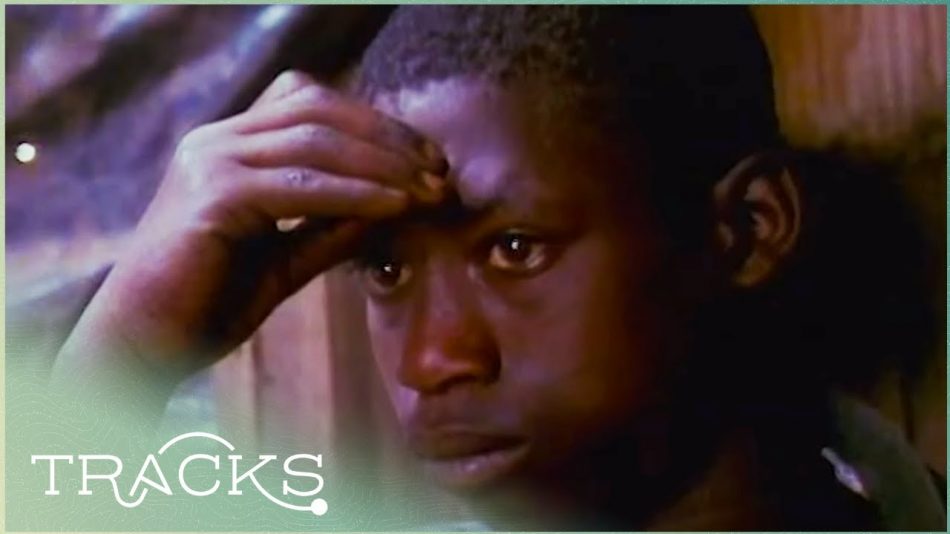 Suviving The Streets of Africa. Life in the Slums 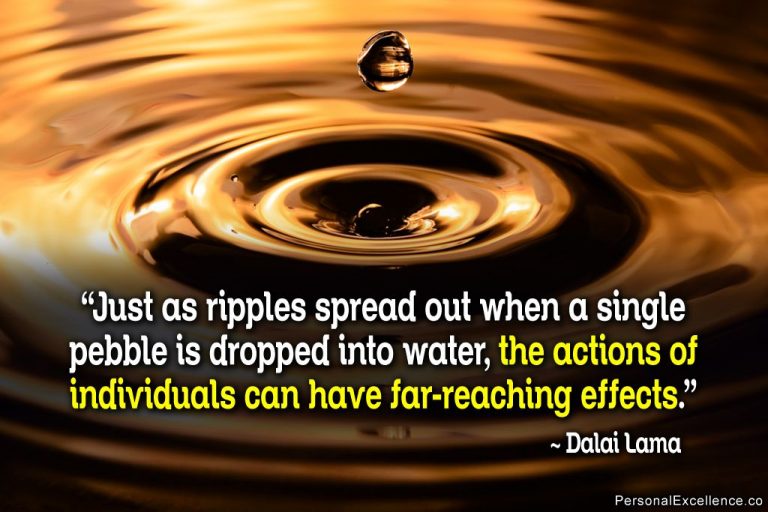 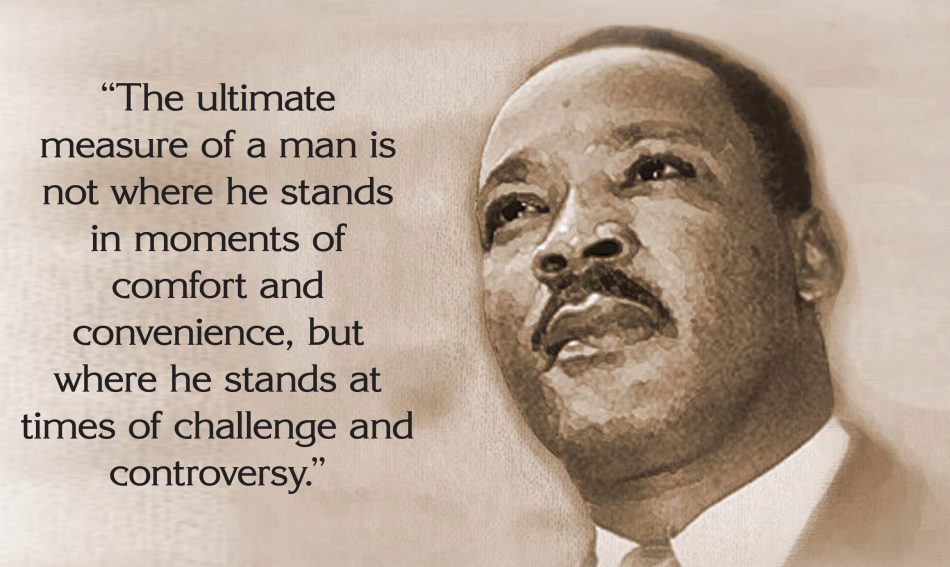 Rosa Parks and the Montgomery Bus Boycott was led by a young Rev. Dr. Martin Luther King Jr., the boycott lasted more than a year

Rising above your circumstances!

WION
Jamaica is demanding reparations from Queen Elizabeth II for Britain’s role in transatlantic slave trade. But Britain has a history of denying reparations & refusing to return stolen goods.

United Nations Conventions on the Rights of the Child 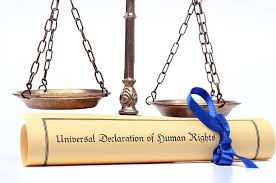 3 How to Shut Up a Barking Dog Prank