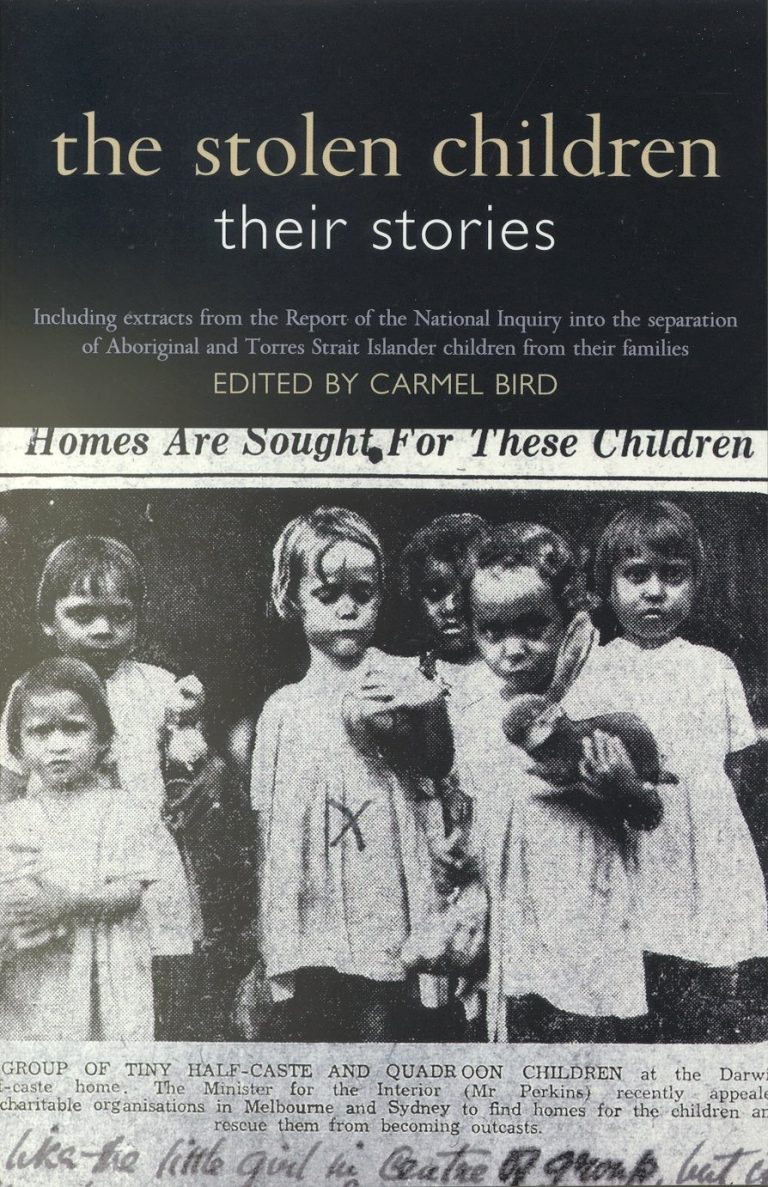 BBC News Africa
A year long investigation by BBC Africa Eye has uncovered damning evidence of a thriving underground network in Kenya that snatches babies from their mothers and sells them for a profit. The secretive and highly lucrative trade preys on the country’s most vulnerable, stealing children from the streets and even the maternity ward of a major government hospital. Njeri Mwangi reports from Nairobi.
Back to menu

Real Stories
With extraordinary access to devastated parents desperately searching for their stolen son; a man who brokers the deals and has sold his own offspring; and prospective parents grappling with giving up their soon-to-be-born daughter through lack of options, we are brought face to face with the crisis that such a stringent government policy has created among China’s poorest people.
Winner: BAFTA TV Award for Best Director – Factual & Break-Through Talent
Nominated: News & Documentary Emmy Award for Best Documentary
Want to watch more full-length Documentaries? Click here: http://bit.ly/1GOzpIu
Back to menu

Why are so many parents in Norway claiming that the state is kidnapping their children? With a spike in cases in recent years and accusations of racial intolerance, Dateline asks whether these children are being saved, or stolen.
Dateline reporters scour the globe to bring you a world of daring stories. Our reputation is for fearless and provocative reporting. Australia’s beloved, award winning and longest running international current affairs program.

CNA Insider
100,000 children in India are trafficked into slavery of one form or other every year. Meet Rinki, 13, who was forced to work as a domestic servant and raped, and other victims; as well as those working to rescue them and end the horrific trade, such as Nobel Laureate Kailash Satyarthi.
Watch Part 2 of India’s human trafficking problem here: https://youtu.be/_acl27w_oMk
Back to menu

CNA Insider
“They used to hit me if I asked questions. I was very scared and did what they asked me to do,” Anima, a victim of human trafficking who was forced into prostitution in India. She’s one of 860,000 female sex workers in India. Many are victims of trafficking, and tens of thousands are children.
Watch Part 1 of India’s human trafficking problem here: https://youtu.be/dSmNvu1UYL0
Back to menu

How Residential Schools affected survivors and their children and grandchildren.
Click here for the full story: http://www.cbc.ca/news/aboriginal
»»» Subscribe to The National to watch more videos here: https://www.youtube.com/user/CBCTheNa…

Voice Your Opinion & Connect With Us Online: 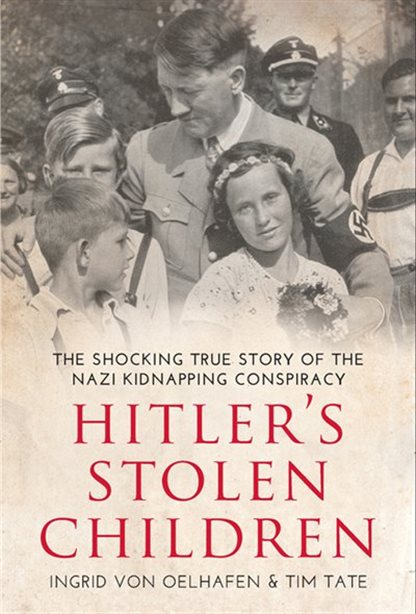 On orders from Heinrich Himmler, the Nazis abducted children from Poland for forced Germanization. Hermann Lüdeking, Jozef Sowa and Alodia Witaszek have never met, but they shared the same fate.

Tears still come to Jozef Sowa’s eyes when he talks about his life. His parents were murdered by Wehrmacht soldiers in Poland in 1943, and he and his four siblings were taken to Germany. Four of them managed to return to Poland. But his younger sister Janina was given up for adoption – as a supposedly German child. She still lives in Germany today. This kidnapping was planned. In 1941, Himmler, who headed the Nazi SS, gave the order to “gather young children who are especially racially suitable from Polish families and for us to raise them in special modestly-sized kindergartens and children’s homes.”

Professor Isabel Heinemann explains, “By so doing, he aimed to build up the German race.” For years, the historian has been researching the fates of the estimated 50 thousand children in Europe who were snatched. The largest group comes from Poland. Without their biological parents to protect them, the children were given to German families by the “SS Race and Resettlement Main Office.” Their names and dates of birth were changed to obscure their true identity.

After the war ended, those whose origins could be traced returned to their homelands. But their native countries had often become foreign to them and being singled out as a German “Hitler child” made reintegration difficult. Those responsible for the kidnapping were never brought to justice.

——————————————————————–
DW Documentary gives you knowledge beyond the headlines. Watch high-class documentaries from German broadcasters and international production companies. Meet intriguing people, travel to distant lands, get a look behind the complexities of daily life and build a deeper understanding of current affairs and global events. Subscribe and explore the world around you with DW Documentary.

In 1996, the last residential school in Canada was closed down, bringing to light horrifying stories about the methods used to sever indigenous children from the influence of their families and to assimilate them into the dominant “Canadian” culture. Over more than a century, tens of thousands of families were torn apart as children were kidnapped or forcibly removed from their homes

Residential schools were part of an extensive education system set up by the Canadian government and administered by churches with the objective of indoctrinating Aboriginal children into the Euro-Canadian and Christian way of life.

Bud Whiteye, a survivor of the Mohawk Institute Residential School, was “picked up” and taken to the school along with four other children as they walked along a public road to visit his grandmother.

I’m ashamed to say I’m Canadian because of what my government has done.

“They didn’t put us in a room and indoctrinate us all day long or anything like that,” he explains. “It was in the routine of the place.

In 2008, the Canadian government launched the Truth and Reconciliation Commission (TRC), which finally enabled survivors to give their testimonies on life in the residential schools. Abuse – mental, physical and sexual – was rife and, although research and statistics vary, it is estimated that 6,000 children died in these schools. Some evidence puts the casualties at three times that number.

After its formation, the TRC travelled around Canada for six years, gathering testimony from thousands who bore witness to the tragedies of the residential schools. Numerous “Aboriginal healing” programmes were put in place to help those affected to move on with their lives.

BBC Newsnight
In March 2018, a French government-appointed commission will outline what happened to more than two thousand children at the hands of the French state between 1963 and 1982. These children, from the island of Réunion, a French overseas department, were resettled in rural parts of France where populations were in decline. With France facing up to a scandal that robbed these children of everything they knew, Katie Razzall travelled to Réunion with one of those involved, in search of the family she lost more than five decades earlier.
Newsnight is the BBC’s flagship news and current affairs TV programme – with analysis, debate, exclusives, and robust interviews.
Website: www.bbc.co.uk/newsnight
Back to menu

yannis emmanouel
This is a BBC documentary )BBC South East) inside out about forced adoption. Children are been stolen from their GOOD parents and given to strangers. Been a parent is our fundamental freedom. Stealing children IS A CRIME.
Judges and social workers are committing crimes against humanity for stealing thousands of children from their parents to banroll a private foster care industry worth £8 BILLION per year stealing the British Taxpayers money and family court Judges have invested in this private foster care industry so it is obvious that they will protect their investment by taking the children from their natural parents and hand them over to strange money makers child traffickers.
Back to menu

DW Documentary
For years, Tan Jingjing from China has been searching for her son, who she believes was sold to traffickers by her ex-husband. She’s threatened to kill herself if the authorities don’t help her.
Tan Jingjing’s son went missing after her divorce. She believes her ex-husband sold him to traffickers and he ended up adopted. She’s tracked him down to a village and has been desperately trying to enlist the help of the authorities and the police. A court has finally offered a glimmer of hope. Will Tan Jingjing see her son again? A Report by Mathias Bölinger.
More on the beginnings of Tan Jingjing’s story: https://youtu.be/xRCRBRpLeUM
_______
DW Documentary gives you knowledge beyond the headlines. Watch high-class documentaries from German broadcasters and international production companies. Meet intriguing people, travel to distant lands, get a look behind the complexities of daily life and build a deeper understanding of current affairs and global events. Subscribe and explore the world around you with DW Documentary.
Back to menu

Journeyman Pictures
Kidnapped (2009): Chinese authorities refuse to acknowledge the extent of child trafficking in their country, leaving many parents to take matters into their own hands.
Back to menu

Just For Laughs Gags
Prank victims are innocently having a coffee on an outdoor terrace, when they are suddenly thrown in the ruthless world of politics. They are recognized on the street and asked to pose for photos. Confused by their suddenly fame and celebrity, it all becomes clear when a van drives by with campaign advertisement pasted on the side, including a picture of their face and their supposed campaign slogan. It turns out, they’re famous politicians running for mayor…and they didn’t even know it.
A presentation of JustForLaughsTV, the official Just For Laughs Gags YouTube channel. Home of the funniest, greatest, most amazing, most hilarious, win filled, comedy galore, hidden camera pranks in the world!
Back to menu