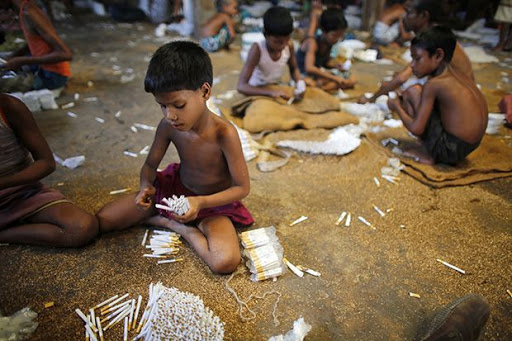 What is child slavery?

Childhood should be a time to grow, learn, play and flourish in safety.
But, an estimated 10 million children around the world don’t have that chance. Instead, they wake up each day trapped in modern slavery.

Some have been forced into back-breaking work in mines, brick kilns, sweatshops and private homes.
Others are forced into sexual exploitation, begging or selling drugs.
And it happens closer than we would like to think– children in the UK are often just as vulnerable to trafficking or exploitation.

Child slavery is the slavery of children.
The enslavement of children can be traced back through history.
Even after the abolition of slavery, children continue to be enslaved and trafficked in modern times, which is a particular problem in developing countries.

Child Labor in US 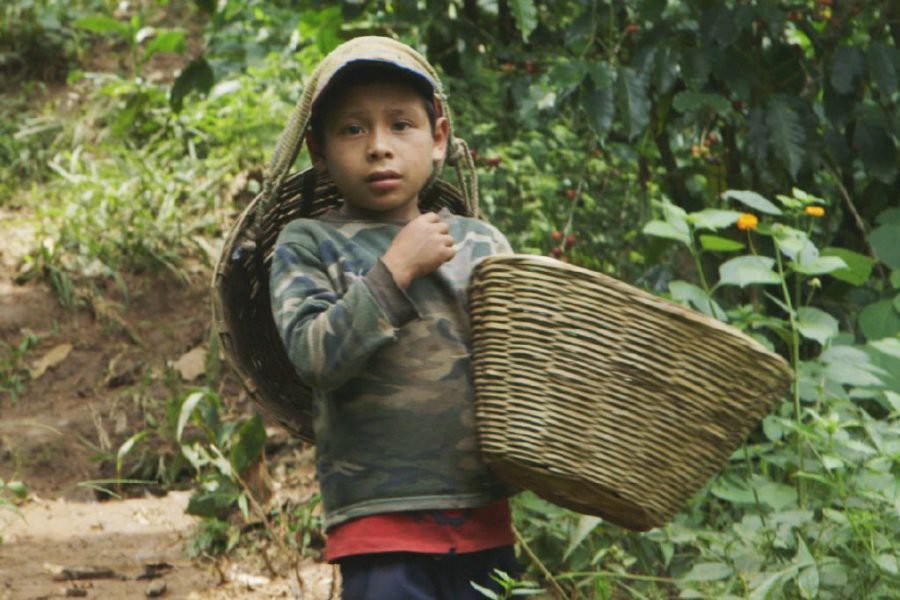 Child and forced labor – The Human Cost of Coffee (Photo: The Weather Channel‏)

CNN
CNN Freedom Project investigates the root causes and potential solutions to the existence of 20,000 child slaves in Ghana’s lucrative fishing industry — and one local organization’s work to rescue dozens of these children. Since 2011, CNN has been shining a light on modern-day slavery. Traveling the world to unravel the tangle of criminal enterprises trading in human life amplifying the voices of survivors, and holding governments and businesses accountable. Slavery is not a thing of the past.
Read more on CNN.com https://www.cnn.com/interactive/2018/…

BBC News Africa
Thousands of women across West Africa have been enslaved by a centuries old practice called “trokosi”. Girls are forced to live and work with priests in religious shrines, for the rest of their lives, to “pay” for the sins of family members. Although the practice has officially been banned in Ghana, it’s still happening there and in other parts of West Africa but on a smaller scale.
Twenty years after she was freed from this practice, Brigitte Sossou Perenyi goes on a journey to understand what trokosi really is and why her family gave her away.

3 Growing Up in Africa (full documentary)

Africa is the continent with the highest percentage of children with AIDS, orphans, forced to work nine hours a day for seven days a week in prostitution or suffering from various types of slavery.

Various NGOs and private institutions make everything they can to help these children. We will approach them to see some of their efforts they use to help them.

ekstrabladetdk
SnapDocs: Journalist Miki Mistrati from the newspaper Ekstra Bladet set out to investigate whether trafficking of children is still widespread in spite of the chocolate industry’s insistence to the contrary.

Only Facts
In première gegaan op 2 dec 2022
The West African state is one of the poorest countries in the world. Nearly a third of Tologese children must work to help support their families. Kids as young as five toil away in dangerous conditions. Some are sent abroad or to distant cities on promises of better prospects. However, many end up in slavery and prostitution.

RT Documentary
Watch more films about Child Labour: https://rtd.rt.com/tags/child-labour/…
Aziagba Philomene’s small children sit in a circle on the ground as if playing in a sandbox. But these kids are crushing stones into gravel with hammers almost too big for their small hands… and they do this seven hours a day, with no hand or eye protection. Though Aziagba is aware of the hard and dangerous conditions, she must send her children to work to provide her family’s basic needs. Otherwise, the $10-$30 per year for schooling each of her six kids would be too much. In the West African country of Togo, the Philomene family’s situation is far from unique. Some 30 percent of the population lives below the poverty line, and nearly a third of Togolese children must work to help support their families. With employment opportunities scarce, more than 300,000 Togolese children have been sent abroad or to distant cities on promises of better prospects. Most of these end up working for little or no money under conditions bordering on slavery, while many girls are forced into prostitution.
In this film, you’ll meet the Togolese parents of children who work locally so they can learn a trade and get an education, hoping they will eventually pull their families out of poverty.

SecKermani
Tens of thousands of Pakistani children work as domestic servants in the homes of richer families. They cook, clean and are often violently abused, but those responsible are rarely held to account.

60 Minutes Australia
Full Episodes: https://9now.app.link/uNP4qBkmN6 | Secrets of the cellar (2008)
You have to shake your head in disbelief. How can these things happen? And in this particular case, how could he possibly get away with it for so long? It’s just unthinkable. A father who kept his daughter locked away in a secret chamber for 24 years. The poor girl was just eighteen when the horror began, and over the years, she had seven children. One died. Three were kept prisoner down in the cellar and inconceivably the others were adopted by the father and lived openly upstairs as his grandchildren. No wonder the family story stunned the world – and I must add a warning- what follows contains strong adult themes.
For forty years, 60 Minutes have been telling Australians the world’s greatest stories. Tales that changed history, our nation and our lives. Reporters Liz Hayes, Tom Steinfort, Tara Brown, Liam Bartlett and Sarah Abo look past the headlines because there is always a bigger picture. Sundays are for 60 Minutes.

At a camp for internally displaced persons in Sharya, Iraq, THE WEEK met Leyla Telo—a Yazidi who was a slave of ISIS for two years and eight months.

Leyla’s harrowing experience sheds light into how ISIS treated their prisoners and the methods by which they sought to indoctrinate Yazidi children.

TEDx Talks
More than a million children are trapped in slavery in the dark side of the handmade products you use everyday. Nobel laureate Kailash Satyarthi’s GoodWeave Intl. found a way to fight back. Nina Smith is fighting that battle as the Exec. Director of GoodWeave for many years.
Nina Smith is the executive director of GoodWeave International, which works to end child labor in the carpet industry in South Asia and replicate its market-driven model in new industries. Since 1999 Nina has developed and lead GoodWeave’s operations, which include market development; product certification, inspection and monitoring of informal supply chains; removal and rehabilitation of child laborers, and a range of worker protection programs. Nina is a winner of the Skoll Award for Social Entrepreneurship and the EXCEL Award for excellence in chief executive leadership. Recently the founder of GoodWeave International, Kailash Satyarthi won the Nobel Peace Prize.
This talk was given at a TEDx event using the TED conference format but independently organized by a local community. Learn more at http://ted.com/tedx
SHOCKING CONTENT

Goalcast
✪ Nobel Peace Prize Winner Kailash Satyarthi has dedicated his life to ending child trafficking in India. Despite getting attacked and beaten on many occasions, Kailash remains relentless in his mission. He’s freed over 87,000 children from horrific slave-like conditions, but he couldn’t save the one person who mattered most… Why will Kailash forever carry the burden of that fateful day? And why does he continue to risk his life to end child labour?
Welcome to the official Goalcast YouTube channel! We want to inspire the world to reach their dreams. On this channel, you’ll find a variety of content including inspirational videos, motivational speeches, short documentaries and more. Make sure to subscribe and enable ALL notifications!

Sexy girl seems head over heals for random men eating at the mall food court, she even pays them a beer before revealing her true dirty, disgusting and quite possible completely crazy self. That being said, I’m sure we can all agree her sheer hotness more than compensates for her crude table manners.

Child Labor in US