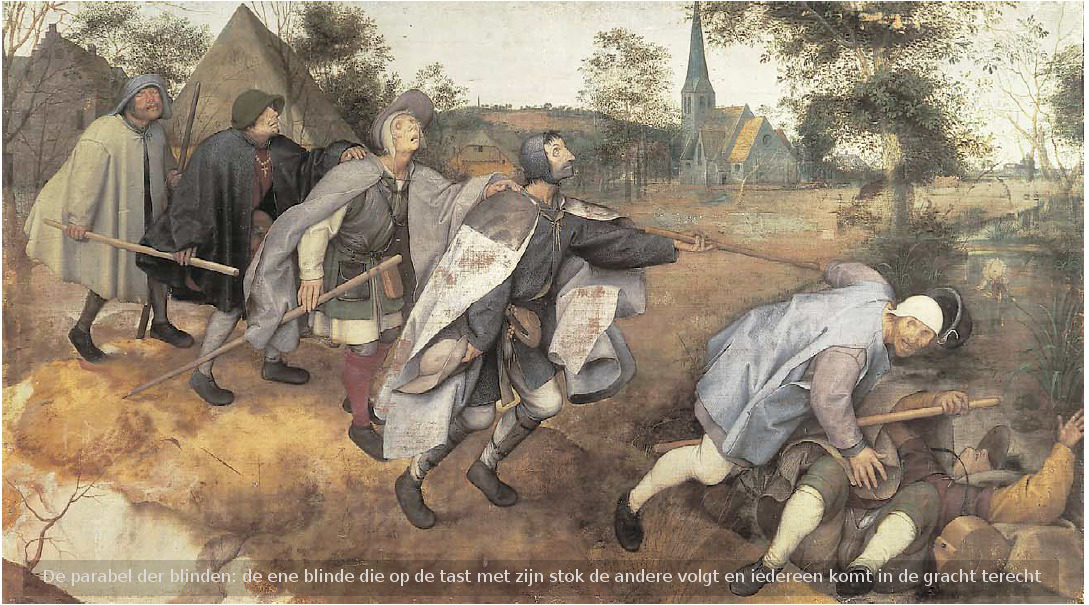 The parable of the blind: one blind person following another by touch with his stick and everyone ending up in the ditch.

The Parable of the Blind is a painting by Pieter Bruegel the Elder, created around 1568

Pieter Bruegel’s 1568 oil painting, often called The Parable of the Blind, is what appears to be
a literal depiction of a line of blind people following each other and stumbling into a ditch, as forecast in Matthew 15:14.

In these words of Jesus, we see the guilt of those who are blind leaders of the blind.

We also see the responsibility of followers to make sure their leaders are not blind.

THE BLIND LEADING THE BLIND

Uninformed and incompetent people leading others who are similarly incapable.

Abiding in the midst of ignorance, thinking themselves wise and learned, fools go aimlessly hither and thither, like blind led by the blind.

The meaning of ‘the parable of the blind’:

to disrupt the game
at that moment you change the reality 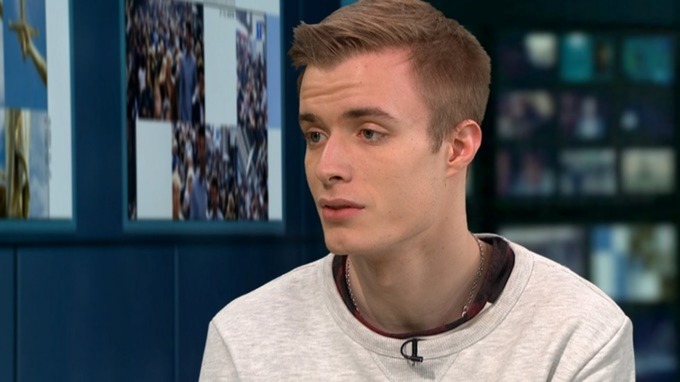 Liam had no idea his world was going to be turned upside down.
As a criminology student, Liam became completely trapped in something that did not apply to him.
Nobody asked him if he did this! He is just not the person to do such things:

BBC video 1 makes this point clear from about minute 5 45″.

Rowing harder doesn’t help if the boat
is headed in the wrong direction. 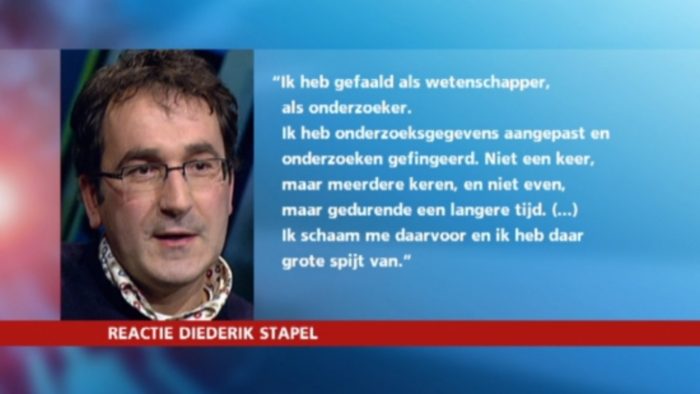 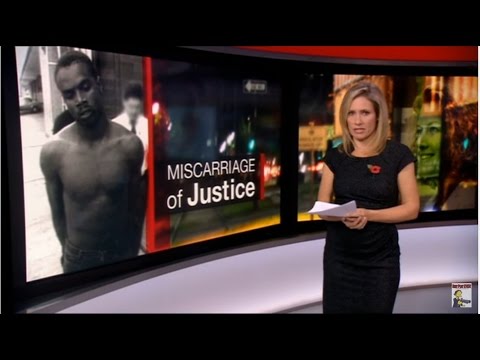 Robert Jones: one of the worst racially inspired miscarriages of justice ever

Three things that could not happen but became reality.

Such a thing belongs to the realm of social responsibility.

Just For Laughs Gags
What kind of mother would pour pure rum in her baby’s bottle? The same kind of mom who loves to prank people 😉
We’re telling you, it is a pretty good trick to make your lovely baby go to sleep in a matter of seconds.