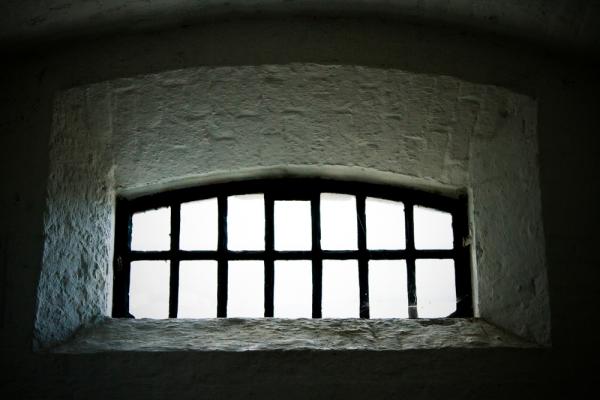 1 Wrongfully Convicted it can happen to anyone Documentary National Geographic

In March 2006 the city of Boston agreed to pay Neil Miller $3.2 million to settle the wrongful conviction suit he had filed in 2003. Miller’s lawyers, Howard Friedman and Innocence Project Co-Director Peter Neufeld, alleged that testimony in their lawsuit shows the Boston police manipulated evidence to help prosecutors win a conviction. Following the city’s settlement, Miller told the Boston Globe “It’s still not over [because] there are still other guys who are sitting up there because of this forensic guy [who manipulated evidence]. Until they’re cleared, everything isn’t fine with me. It’s not over.”

Information about miscarriages of justice:

Causes of miscarriages of justice include:

Plea bargains that offer incentives for the innocent to plead guilty
Confirmation bias on the part of investigators
Withholding or destruction of evidence by police or prosecution
fabrication of evidence or outright perjury by police (see testilying), or prosecution witnesses (e.g. Dr Charles Smith)
Biased editing of evidence
Prejudice towards the class of people to which the defendant belongs
Poor identification by witnesses and/or victims
Overestimation/underestimation of the evidential value of expert testimony
Contaminated evidence
Faulty forensic tests
false confessions due to police pressure or psychological weakness
Misdirection of a jury by a judge during trial
perjured evidence by the real guilty party or their accomplices (frameup)
Perjured evidence by supposed victim or their accomplices
Conspiracy between court of appeal judges and prosecutors to uphold conviction of innocent

The victim ID at the pretrial hearing ‘was done unconstitutionally, and so the DAs office agreed that the victim would be precluded from saying “Yes, and I saw him on another occasion.” But the problem is that kind of remedy is meaningless.’ It’s NOT meaningless; it prevents the jury from knowing that the witnesses memory was again tainted by an improper ID procedure. The DA surely knew this, & the suspect’s attorney should have asked for it to be included at the trial, so he could question it.

this guy got stitched up in SOOOOOOOOOO many ways. i bet no one involved got in any trouble, from cops —> serolodgist —-> DA —-> judge. yet all of them knowingly (or incompetently – not sure which is worse) did things incorrectly to get their man…never mind that they let a rapist go free for god knows how long…

Thank you so much for having this on here. It sure did help on the report I had to do for school.

If that DA actually cared, he’d not have put the rape victim in front of Miller at the courthouse. What a corrupt little man.

What? If I’d been responsible for a man being wrongly imprisoned for ten years, I’d feel the least I could do would be to participate in getting the conviction of the right man. Yes, the victim was traumatized, but I think she should have been required to testify, since her conscience didn’t make her do so. Appalling.

This guy was able to help with his own defence, and had a good family that paid for the DNA testing. And there was exonerating evidence, and it had been preserved, and he got a good appelate attorney while in prison, and the Innocence Project took him on…hard to sleep, knowing there are others without all those pieces of good fortune to clear them…

I agree with you flyinspirals. They could have subpoenaed her to testify. This person who was a previous victim of rape would be incarcerated for not appearing to testify in the criminal appeal when the appeal was only coming about because of police or prosecution-al misconduct might be questionable, however on a rational level the victim must be subpoenaed as it a greater wrong to let an innocent person stay in prison indefinitely. Kind of like buying a stolen car the owner get’s it back.

Tony Ford was a small time hood involved in collecting Drug debts. He was a driver in a double homicide. The controversy is whether he deserves the death penalty if he had remained in the car unaware that his accomplices were going to shoot the home dwellers. One factor is the method of identification coupled with a motive for one identified shooter to frame tony Ford and protect his brother. Will a DNA test make a difference.

Information about miscarriages of justice:

Causes of miscarriages of justice include:

Plea bargains that offer incentives for the innocent to plead guilty
Confirmation bias on the part of investigators
Withholding or destruction of evidence by police or prosecution
fabrication of evidence or outright perjury by police (see testilying), or prosecution witnesses (e.g. Dr Charles Smith)
Biased editing of evidence
Prejudice towards the class of people to which the defendant belongs
Poor identification by witnesses and/or victims
Overestimation/underestimation of the evidential value of expert testimony
Contaminated evidence
Faulty forensic tests
false confessions due to police pressure or psychological weakness
Misdirection of a jury by a judge during trial
perjured evidence by the real guilty party or their accomplices (frameup)
Perjured evidence by supposed victim or their accomplices
Conspiracy between court of appeal judges and prosecutors to uphold conviction of innocent

The Department of Government and Justice Studies and the College of Arts and Sciences at Appalachian State University invite you to a presentation by Scott Hornoff on wrongful conviction.

His story is unique in that he was a police officer in Warwick, Rhode Island at the time he became a suspect in a murder. He was indicted, tried, convicted and sentenced to life in prison. Scott spent 6.5 years wrongly imprisoned before the one responsible for the murder came forward and confessed. His story highlights the reality that most Americans are blind to: that wrongful conviction happens and that exoneration does not result in the automatic and seamless re-assimilation of the individual to their pre-incarceration status. Instead, a new set of challenges and legal hurdles are presented and can be as overwhelming and as imprisoning as the incarceration experience.

9 Wrongfully Convicted of Murder and the Path to Acquittal

IllinoisChannelTV
The Illinois Innocence Project hosts David Camm, a former Indiana State Trooper who was wrongfully convicted of murdering his wife and children. We hear from Mr. Camm, as well as Gary Dunn, a former FBI agent turned private investigator hired by Camm’s legal team. Mr. Dunn recounts the negligence and overzealousness of the authorities involved in prosecuting Mr. Camm.

A man who spent more than two decades behind bars for the cold-blooded slaying of a Brooklyn rabbi was released Thursday into the arms of his weeping relatives after a reinvestigation by prosecutors cast serious doubt on evidence used to convict him.

“Sir, you are free to go,” a judge told a smiling, white-haired David Ranta moments after prosecutors announced they supported tossing out the 1991 conviction.

Ranta’s pregnant daughter — a 2-year-old when he was jailed — sisters and other supporters burst into applause and swarmed him as he walked out of the courtroom. His parents had died while he was in prison.

The dramatic turnabout came after the Brooklyn district attorney’s office filed paperwork on Wednesday saying it supported a defense motion to vacate the murder conviction and dismiss the indictment. After a recent review, they said they “no longer have sufficient evidence to prove the defendant’s guilt beyond a reasonable doubt.”

Before releasing Ranta, Judge Miriam Cyrulnik offered an apology: “To say I’m sorry for what you’ve endured would be an understatement. … But I say it anyway.”

Ranta had claimed he had been rotting in a Buffalo prison for no reason.

“Like I said from the beginning, I had nothing to do with this case,” he said outside court.

Prosecutors admitted the case against Ranta was now too “degraded” to hold up in court. But unlike case where convicts are exonerated by new DNA evidence, they stopped well short of conceding his innocence.

The case dated to Feb. 8, 1990, when a gunman botched an attempt to rob a diamond courier in Williamsburg. After the courier escaped unharmed, the man approached the car of Rabbi Chaskel Werzberger — a Holocaust survivor and a leader of the Satmar Hasidic community — shot him in the forehead, pulled him out of the vehicle and drove away in it.

Thousands attended the rabbi’s funeral, and then-Mayor David Dinkins offered a $10,000 reward for information leading to an arrest. After the arrest of Ranta, Hasidic Jews surrounded the car that carried him to jail and chanted, “Death penalty!”

No physical evidence linked the unemployed drug addict to the crime and the diamond courier never identified him as the bandit. But a jury found him guilty anyway based on witness testimony and circumstantial evidence. He was sentenced to 37½ years in prison.

The case began to unravel after newly formed Conviction Integrity Unit began its review in 2011. That same year, a man named Menachem Lieberman had approached Ranta’s trial lawyer to tell him he “had uncertainty and discomfort” with his identification of Ranta, and later gave the unit a sworn statement recounting how a detective had told him to “pick the one with the big nose” — Ranta — out of a police lineup.

Other interviews done by the unit suggested an alleged accomplice-turned-prosecution witness — now dead — had pinned the shooting on Ranta to save himself. A woman also repeated claims that her deceased husband privately confessed he was the killer.

Ranta “claimed he had signed a blank file folder … only because he thought it was a form to allow him to make a phone call,” court papers said.

One long-retired detective from the case, Louis Scarcella, has defended his work.

“I never framed anyone in my life,” he told the New York Post this week. “You have to be a low devil to frame someone. I sleep well at night.”

Asked about Scarcella on Thursday, Ranta trial attorney Michael Baum said: “I think he saw a chance to solve a high-profile case at any cost. … He’s a cowboy.”

RT UK
Two brothers jailed for murder despite CCTV footage showing they weren’t actually at the scene at the time of the killing are victims of a grave miscarriage of justice, their mother says, as she vows to continue fighting for their release.