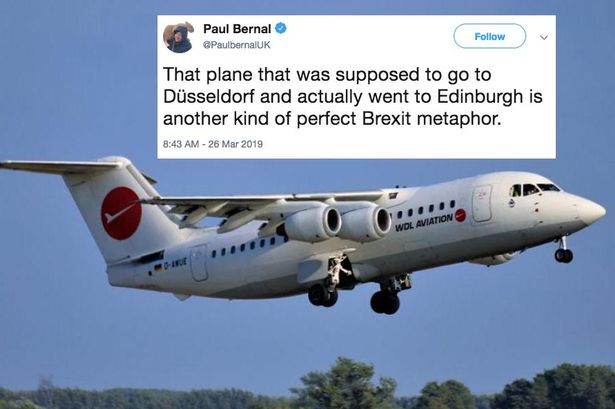 It is strange that a flight can land on a wrong destination.
It happens, as explained in video 1 below.

Liam Allan is the template of the website.
Justice was unreliable, as is established in the videos and the podcast ‘Clearly not disclosable’ under the menu item Liam Allan.

That the justice system can be unreliable, incongruous and pointless is not something one expects to see, any more than the London Düsseldorf flight, which flies the wrong way to London Edinburgh and the passengers are told to their surprise that they will be welcomed in Edinburgh on landing.

To Join my patreon crew

https://www.patreon.com/mentourpilot
Why do pilots some times land at the wrong airport, what drives these types of mistakes and are they dangerous?
In todays video I will be covering the wildly publicised BA flight which landed in Edinburgh instead of Düsseldorf and I will also discuss some more serious incidents, involving pilot mistakes that have happened during the last decade.

What pilots can do that it doesn’t happen, that a plane land on a wrong airport?

Very embrassing for the compagnies involved, quite funny.

As a scientist always asks questions

There should be much more that shows it is incorrect

Visible approch landing, very dangerous, due to runway length which is much shorter.

Your brain is not confirming the appoches
Still, use whatever what clues you have, all the navigation aids: the instrumentation of the plane.

Hi everybody whenever come to mentor internet video podcast as always I hope you’re doing absolutely fantastic today on the video guys aircraft landing at the wrong Airport. How does it happen is it dangerous and what pilots do to make sure what doesn’t happen stay tuned
Before I start this video I want to say a huge thank you and a big shout out to all of my patreon crew you guys know who you are you’re extremely important to channel my patron are helping me to preview my videos look for mistakes that I might have made me choosing thumbnails and also you know sometimes welcome to put on videos basically they’re involved in making sure thaét I deliver quality content on the channel if you guys are interested in joining my patreon crew well go down there’s a link here in the description of the video and once again a huge thank you to you guys share ways flight headed for Düsseldorf in Germany has landed in Edinburgh by mistake after the flight paperwork was submitted incorrectly the passengers only realized the arrow and the plane landed and the welcome to Edinburgh was made

Candid Camera Classics
In this mind-blower, Peter Funt welcomes airline passengers to Phoenix (but they’re really in Salt Lake City)!
Subscribe to our YouTube channel: https://goo.gl/TJLm8g
Facebook: https://www.facebook.com/candidcamera…
Official website: https://www.CandidCamera.com
NOTE: We are the owners of this video and all content on this YouTube channel. We produce the “Candid Camera” TV show. No material on this channel is borrowed or sourced from any other owner or creator. —Candid Camera, Inc.

All 4
Simon Brodkin (Lee Nelson) sets up an epic prank for Britain’s Got Talent as he sets out to impress judges Simon Cowell, Amanda Holden, Alesha Dixon and David Walliams with his rapping rabbi!
Find out more: http://all4.com 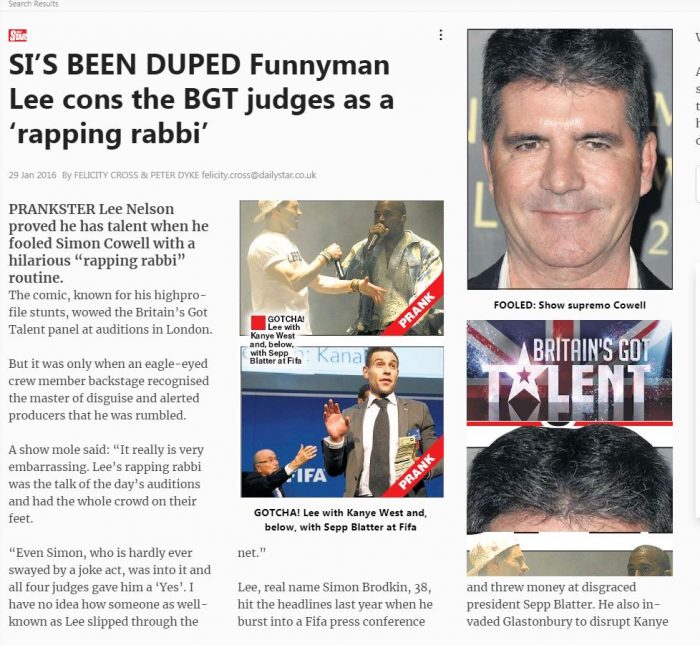 4 Sepp Blatter Has Money Thrown At Him By Lee Nelson

Sky News
FIFA President Sepp Blatter was preparing to give a press conference when comedian Simon Brodkin, who plays the character Lee Nelson, entered the room and threw cash at him.

Sky News
The former FIFA President has told Sky News that his eight-year ban for misconduct “hurts” and reiterated he has never done anything wrong: http://trib.al/pQOadQB

Just For Laughs Gags
The mischievous water fountain plays tricks on people by turning off and on randomly. JFL British Edition is a presentation of JustForLaughsTV, the official Just For Laughs Gags YouTube channel. Home of the funniest, greatest, most amazing, most hilarious, win filled, comedy galore, hidden camera pranks in the world!