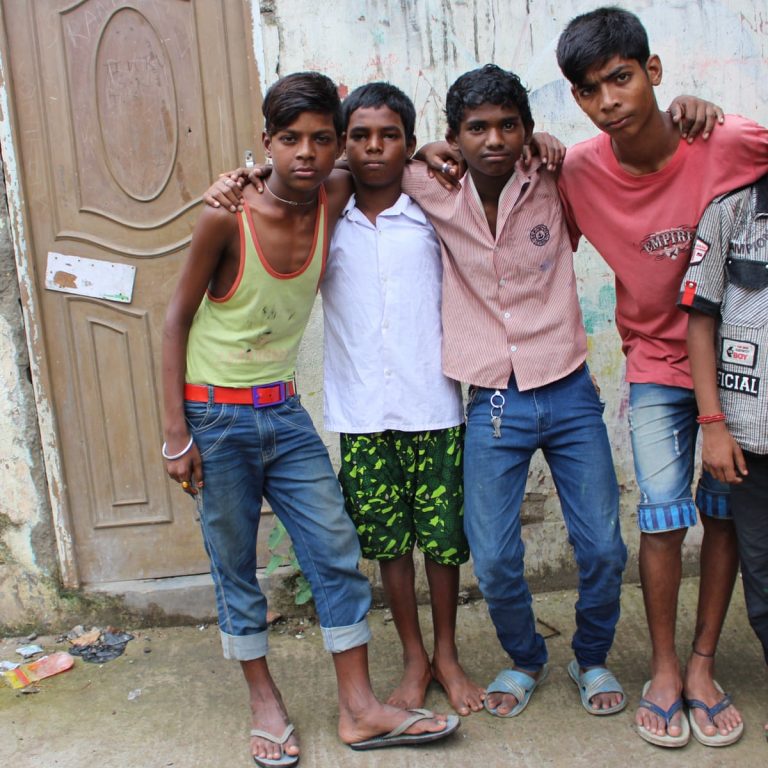 Child abduction or child theft is the unauthorized removal of a minor (a child under the age of legal adulthood) from the custody of the child’s natural parents or legally appointed guardians.

The term child abduction includes two legal and social categories which differ by their perpetrating contexts: abduction by members of the child’s family or abduction by strangers.

Abduction or kidnapping by strangers (by people unknown to the child and outside the child’s family) is rare. Some of the reasons why a stranger might kidnap an unknown child include:

1) extortion to elicit a ransom from the parents for the child’s return
illegal adoption, a stranger steals a child with the intent to rear the child as their own or to sell to a prospective adoptive parent

2) human trafficking, stealing a child with the intent to exploit the child themselves or through trade to someone who will abuse the child through slavery, forced labor, or sexual abuse.

Thursday, 2 May, 2002, 13:28 GMT 14:28 UK
Belgium’s X-Files – An Olenka Frenkiel Investigation
http://news.bbc.co.uk/1/hi/programmes…
The case of abduction and murder against Belgium’s infamous paedophile Marc Dutroux remains unresolved. He has not been brought to book for these heinous crimes.

There appears to be a steel veil drawn over the facts at the highest level and no one is prepared to expose those involved in this blatant cover-up.

Is this Belgian justice?
The Belgian justice system appears paralysed, unable to prosecute Dutroux, his wife or the third alleged accomplice, all now spending their sixth year behind bars.
Each year of imprisonment without trial strengthens their case against the Belgian authorities for a breach of their human rights.
So why the delay?
The official answer is that a series of hysterical conspiracy theories forced investigators to search for paedophile networks, which didn’t exist.
But for observers of this debacle, that’s exactly what didn’t happen.
Far from being investigated, leads pointing to a network seem rather to have been blocked or buried.
read more: Dutroux and the network

The victims
The judge in charge of the Dutroux investigation, Jean Marc Connerotte, made an appeal for victims to tell police what they knew. He offered them anonymity.
Police began checking Regina Louf’s stories, corroborating details, investigating how much was true and how much might be fantasy. They verified key elements of Regina’s story and found at least one murder that she says she witnessed matched an unsolved murder. But then something changed.
Connerotte was sacked from the case
Judge and investigating team replaced
In October 1996, Judge Connerotte, the only man who has ever advanced the Dutroux investigation was sacked. He had attended a fund raising dinner for the families of missing children – this was seen as a conflict of interest.
A newly promoted investigating magistrate replaced him.
His first job would be Belgium’s most controversial trial of the century. From that point on, according to the Russos, parents of one of Dutroux’s victims, no new evidence against anyone was added to the Dutroux file.
The special team of police officers interviewing Regina Louf and the other “X” witnesses, as they were called, were the next to be sacked.
A new crew was assigned to “re-read” Regina’s testimony. The press was told that the previous team had manipulated Regina’s evidence to make her credible. It is a charge which the police team have always vigorously denied and which has never been substantiated.
Friends in high places
Two years ago a Belgian journalist revealed the close relationship between the investigating Judge – Van Espen and two of those accused by Regina Louf in the murder, she witnessed, of Christine Van Hees.
Yet, when Regina Louf accused Nihoul and his wife of the murder Judge Van Espen saw no conflict of interest, no reason to resign. Nor was he sacked, as Connerotte had been. Instead he ordered the police officers to stay out of the case.
Van Espen resigned as the Judge in charge of the investigation only after his relationship with Nihoul, one of the accused, was exposed.
The media campaign
Regina Louf’s name was leaked to the press and the government-owned TV station RTBF began a campaign designed to prove that Dutroux was an “isolated pervert” kidnapping girls for himself, that there was no network, that Jean Michel Nihoul was innocent and Regina Louf was a liar.
Anne Thilly, Prosecutor General
The Prosecutor General declared Regina Louf ‘mad’
Today in Belgium Regina Louf’s reputation is destroyed. The Prosecutor General of Liege, Anne Thilly, declares she’s completely mad despite numerous statements from independent psychologists to the contrary.
The Judges have announced she will not be called as a witness in any future trial of Dutroux or his associates. Her testimony has been declared worthless.
parents of Melissa, one of Dutroux’s victims
Belgium’s failure to solve crimes
But the Belgians no longer seem to care.
They no longer demonstrate against the corruption and incompetence of their police, judiciary and political class.
They assume there’s been a cover up and those with high-placed friends have been protected from prosecution.
Critics of the investigation, like the Russos, who believe there is evidence of a network, have been systematically blocked and ignored, not because they’re disbelieved but because the Belgians are sick of it all.

This after all is a country renowned for its failure to solve crimes.

Gino and Carine Russo, parents of Melissa, one of Dutroux’s victims

theDossier
The case surrounding the Belgian paedophile who served less than half of a 13-year prison sentence in the 1980s for the rape and torture of five girls. Released in 1992, he continued to follow a path marked by cruelty and violence toward others before receiving life imprisonment in 2004 for charges including #kidnapping and murder. The trial raised many questions about the police #investigation into his crimes, pointing toward a high-level cover-up by the #establishment.

Joshua Miles
In this video, we discuss the horrifying Belgian case of kidnapper and murderer Marc Dutroux. Was he acting alone or was he part of a sex ring covered up by the Belgian establishment?

Joshua Miles
In this video, we discuss the potential cover-up of a horrific case. Was the government involved? Was this all a conspiracy? Who let him escape?

Joshua Miles
In this video, we discuss the final episode in the Marc Dutroux case. Mysterious deaths, a leaked dossier and even more police incompetence. What more could go wrong?

RealCrimeUK
It was a tragedy that would spark national outrage and lead to rumours of conspiracy and corruption at the highest levels of the Belgian judicial system. More than ten years after the paedophile Marc Dutroux was jailed for the kidnap, imprisonment, rape, torture and murder of terrified young girls, questions about the case remain.

A look at the criminal profile of Marc Dutroux, a Belgian serial killer who was convicted for kidnapping, torturing, and sexually abusing six victims until getting arrested in 1996.

Join this channel to get access to perks:
https://www.youtube.com/channel/UC1s9…

Make sure you subscribe to get your regular crime fix: youtube.com/c/RealCrime

From “World’s Most Evil Killers”

America’s top crime convention is coming to London!
In June 2021, CrimeCon is bringing together expert speakers and true crime enthusiasts in live shows and immersive experiences.
Head over to www.crimecon.co.uk/pricing to book your tickets and enter the code “RCTV” to get a discount!

13 THE STORY OF THE FIRST BOY ABDUCTED 10 MONTHS BEFORE JACOB WETTERLING ! – FULL EXCLUSIVE

Under Section 107 of the Copyright Act 1976, allowance is made for «fair use» for purposes such as criticism, comment, news reporting, teaching, scholarship, and research. Fair use is a use permitted by copyright statute that might otherwise be infringing. Non-profit, educational or personal use tips the balance in favor of «fair use». The recent amendments to the Copyright Act of 1976 pertain to music. «Fair use» remains in force for film and video.

No copyright intended. All content used in adherence to Fair Use copyright law – FOR EDUCATIONAL PURPOSES ONLY !
Disclaimer – I do not take any money made from Adsense revune. All money donated to missing kids foundations, so they can keep doing their vital work ! This is why this channel exists, you are an advocate for missing and endangered children !

Credit to In the Dark Podcast | APM – I don’t own audio but own all editing of video and photos – for educational purposes only under fair use laws.

Jared Scheierl, the story of another young boy who was abducted from central Minnesota in the winter of 1989 — just ten months before Jacob Wetterling was taken. His name is Jared Scheirel, and he was walking home one night, alone, after grabbing a chocolate malt with friends. A man pulled up in a blue car. He told Jared to get in. “I have a gun and I’m not afraid to use it,” he said. The man drove Jared down a dark, gravel road, and sexually assaulted him. But he let Jared go. This year, after no arrests were made for almost 30 years, authorities linked DNA left on Jared’s clothes to Danny Heinrich. Heinrich later confessed to both Jared’s assault, and to assaulting and killing Jacob Wetterling. Heinrich was a suspect in Jared’s case as early as three days after the assault. When Jacob was kidnapped later that year, Heinrich’s name was already in the files of the Stearns County Sheriff’s office.

15 We Help Strangers Get Their Friends Arrested

Just For Laughs Gags
Are you even really friends if you don’t try and get them in trouble with the police?
Welcome to the world-famous Just for Laughs Gags, we’ve been playing silly pranks on unsuspecting people in public and capturing hilarious reactions with hidden cameras.