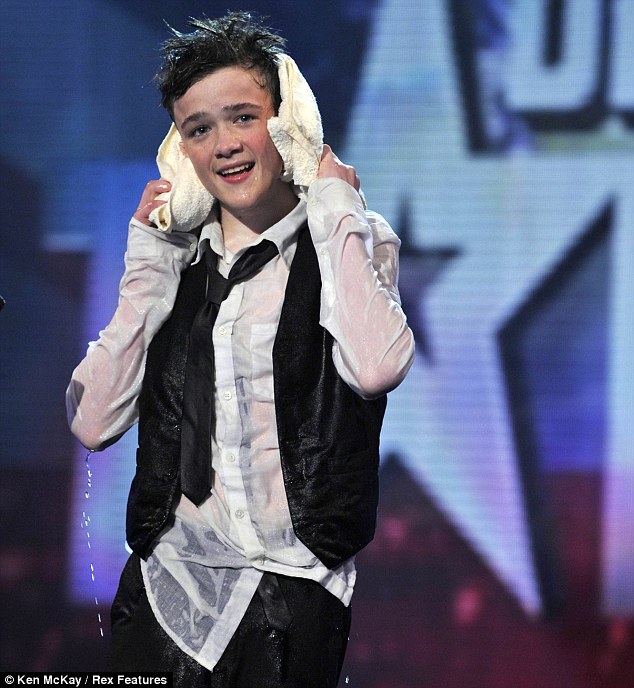 “I was dancing on Marketstreet in Manchester, because as family we got virtually nothing.”

He is an official ambassador of the United Dance Organisation.

Enjoy the videos and see what this 14 year old schoolboy can do.

Anna
Gepubliceerd op 17 nov. 2008
Documentary telling the success story of streetdancer, singer and Britain’s Got Talent winner George Sampson from his 2007 BGT audition, through to his victory in Britain’s Got Talent in 2008 and looking forward to the release of his charity single and his DVD, and his appearance in the Royal Variety on 11 December.
PART 1a: George reflects on his interest in dance, how he started busking and his unsuccessful attempt at BGT in 2007.

Documentary telling the success story of streetdancer, singer and Britain’s Got Talent winner George Sampson from his 2007 BGT audition, through to his victory in Britain’s Got Talent in 2008 and looking forward to the release of his charity single and his DVD, and his appearance in the Royal Variety on 11 December. PART 1b: George tells of his year-long preparations for Britain’s Got Talent 2008, the 2008 audition and semi-final, his last minute decision to reprise Singing In The Rain in the final and how it felt to be crowned the winner.

Documentary telling the success story of streetdancer, singer and Britain’s Got Talent winner George Sampson from his 2007 BGT audition, through to his victory in Britain’s Got Talent in 2008 and looking forward to the release of his charity single and his DVD, and his appearance in the Royal Variety on 11 December.
PART 2b: This, the final part of Living The Dream, brings us right up to date. George goes back home to Manchester to switch on the Christmas lights and then to Downing Street to meet the Prime Minister, and looks forward to performing in front of the Prince of Wales at the Royal Variety.
And beyond that? “Tomorrow is a blank page, and I think that’s best . . .”

Exclusive interview with George Sampson, former winner of Britain’s Got Talent 2008. He talked to us about winning the competition and his achievements in his career to date. He also gives tips and advice to aspiring young dancers and about his new dance school in Warrington.

VIDEO interview with Warrington’s dancing TV and film star George Sampson who has fulfilled his childhood dream by opening a new dance studio under a railway arch, just a few hundred yards from where he starting his dancing career as a youngster street dancing in the town centre, before going on to win Britain’s Got Talent.

George Sampson chatted to us about his film StreetDance 3D. BUT when we challenged him to dance to Jameela’s mixtape how did he cope when the hip hop switched to heavy metal and other styles. Watch him try and bodypop his way out of this one…

George Sampsons Audition for BGT 2008 Quite a few people keep asking wat song it is playing towards the end of the video when george finds out he is through……thought id just put the name of the song up here to avoid repeats of the same question. The song is “All or Nothing” by Westlife.
Cause I want it all
Or nothing at all
There’s nowhere left to fall
When you reach the bottom it’s now or never …

George Sampson in the semi-finals of Britain got talent 2008 😀

This is a video of the very talented and cool George Sampson. I made a video showing his semi’s to, but it paused half way through the act.. GRR! anyway i might put that one up too, but this is just a tribute of his journey to get to the top

Georges says: … you changed my life. I could’t ask for anything better…

George Sampson’s Singing In The Rain routine was so popular with the judges and public alike that the 14 year-old school boy has decided to reprise it for the final. The Warrington lad has really caught the imagination of the nation, as much for his determination to succeed as his twinkle-toed dancing. And the verdict tonight? The judges were bursting to tell him!

I love your confidence George. I love the fact that every time we’ve ever seen you it’s the best performance you’ve ever done. The thing that I love and everyone loves is that you are a fighter. You’ve got a great chance”.

Amanda said, “I am so pleased you chose to do that routine again. I didn’t know how you could top that routine but you kind of have, this is a life changing moment this show, a big prize I think you are in with a big shot.

And Simon agreed, “Every time I think we’ve spotted a winner it changes again. You’ve got to have a chance of winning the competition after that. Getting it spot on is almost impossible but you did it – good for you!”

Taken from the Official site: http://talent.itv.com/stories/viewSto…

Britain’s Got Talent is a British television show on ITV (also on TV3 in Ireland). Presented by Ant & Dec, the talent show premiered on 9 June 2007, and was broadcast daily with a live final on 17 June 2007. It is a search for Britain’s next best amateur talent act, featuring singers, dancers, comedians, variety acts, and other talents of all ages. Anyone who believed they have talent was encouraged to audition. The winner of the show received £100,000 and performed at the Royal Variety Performance in front of the Queen and members of the Royal Family at the Empire Theatre in Liverpool.

As Britain’s Got Talent returns for its second series, hosts Ant & Dec and judges Simon Cowell, Amanda Holden and Piers Morgan once again begin their search for Britain’s most talented performer. The second series began on a primetime slot at 19:45 on 12 April and for the remainder of the auditions will continue in this Saturday night slot. Once the semi-finals begin they will be shown daily, like in series one, over one week 26 May – 30 May with the live final on Saturday 31 May.

The series made its début soon after the conclusion of its U.S. counterpart, America’s Got Talent, and is the creation of The X Factor and Pop Idol/American Idol mastermind Simon Cowell who has created a Got Talent series across the globe. On 12 February 2007 it was announced by ITV the judges would be Cowell, Piers Morgan (who had also judged America’s Got Talent), and Amanda Holden (a late replacement for Cheryl Cole[1]). In a similar fashion to The X Factor, the show has an ITV2 counterpart called Britain’s Got More Talent, presented by magician and former CITV presenter, Stephen Mulhern.

The show was originally planned to air much earlier (before America’s Got Talent) and be presented by Paul O’Grady. However, after O’Grady’s defection to Channel 4 from ITV for The Paul O’Grady Show, O’Grady refused to appear in another ITV show, so the series was put on hold after just one rehearsal show.[2][3]

The audition process is similar to The Gong Show but with the judges pressing buzzers instead of banging a gong. The buzzers can only be pressed once if the judge has seen enough, and when all three are pressed the act must stop. The auditions also include the added twist of having to perform in front of a studio audience alongside the judges. Once the act finishes or is stopped, judges express their opinions and decide whether they would like to see them in the semi-finals, with acts needing to receive a majority vote to go through. The audience is invited to express their views (often boos or cheers) which may have a positive or negative impact on a judge’s decision, should the judge be unsure on whether to put the act through.

Subscribe now for more! http://bit.ly/1VGTPwA
From series 20, broadcast on 23/05/2016 George explains how he caught a criminal when out free running. He also opens up about his relationship with his mum, and he shows of his girlfriend Lauren. 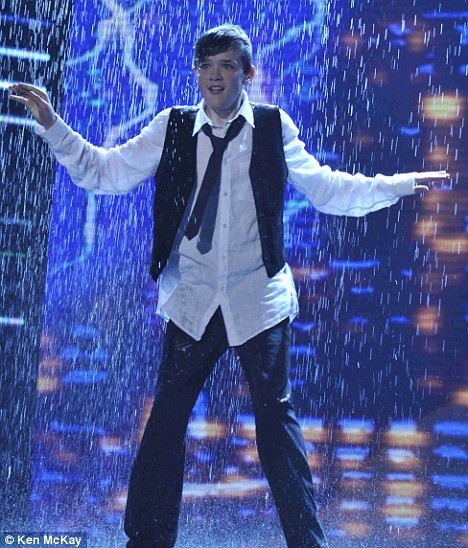