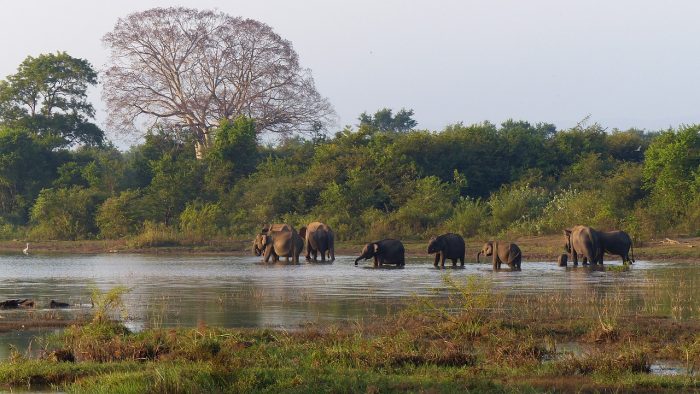 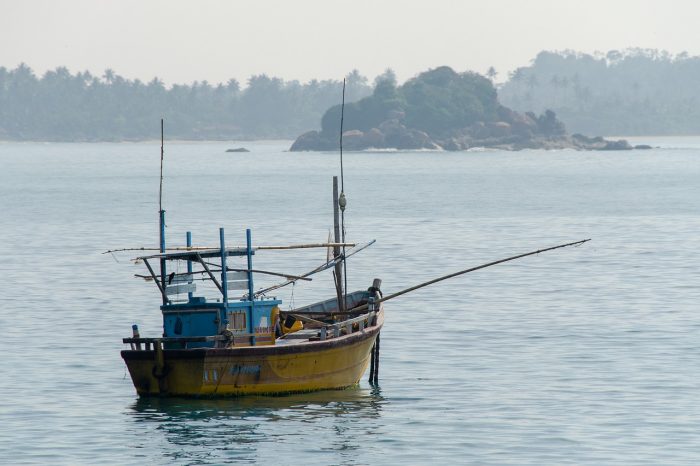 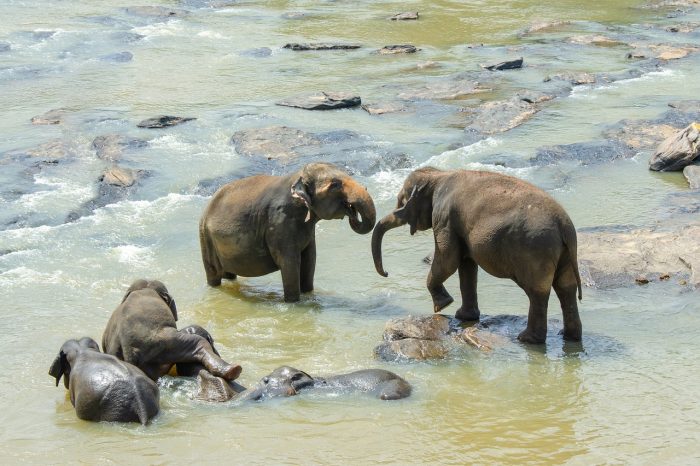 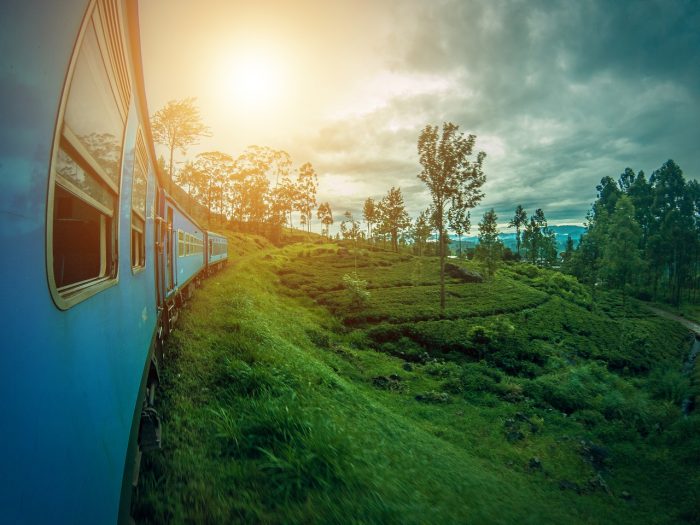 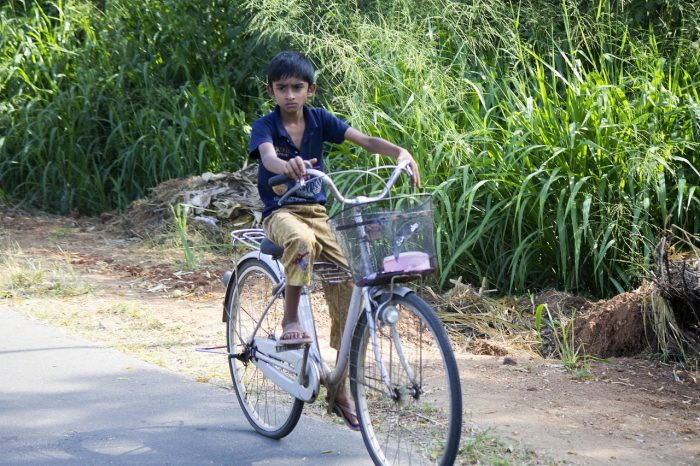 DW Documentary
Asia’s most beautiful railway line? The “Main Line” cuts through tea plantations and jungle, then passes Buddhist temples and relicts of the British Empire.
In the 19th century the British built a railway in what was then their colony of Ceylon. Their idea was to transport goods such as tea from the highlands to the port of Colombo. Today it’s mainly only locals and tourists who use the so-called “Main Line.” The route is considered one of the most picturesque in the whole of Asia.
Our trip takes us from the capital, Colombo, to Ella in the highlands. Our first stop is one of the country’s largest elephant orphanages. And then on to Kandy, the former capital of the Singhalese kingdom. The city is home to the famous Temple of the Tooth, which is said to house the Buddha’s top left canine. The train then winds its way further up into the highlands. We watch tea pickers at work and go to a tea factory to discover where the aroma comes from. Nuwara Eliya is Sri Lanka’s highest town at an altitude of almost 1900 meters, where a racecourse still brings the colonial era back to life. The stations have also retained their own colonial charm: in 1901, a signaling system was set up to make the long journey safer. And those suffering from the altitude can catch their breath at the final stop, the spa in Ella.
_______
Exciting, powerful and informative – DW Documentary is always close to current affairs and international events. Our eclectic mix of award-winning films and reports take you straight to the heart of the story. Dive into different cultures, journey across distant lands, and discover the inner workings of modern-day life. Subscribe and explore the world around you – every day, one DW Documentary at a time.

ITV News
Twelve years on from the devastating Indian Ocean tsunami, two British brothers whose parents were killed in that disaster are helping orphans in Sri Lanka through a clothing brand they set up in their parents’ honour.

The existence of so-called ‘baby farms’ was the most important reason for the Sri Lankan government to suspend intercountry adoption in 1987. At these baby farms, women were impregnated to meet the demand for adoptive children. This is confirmed by Sri Lanka’s Minister of Health, Dr. Rajitha Senaratne, in response to the investigation by ZEMBLA. “There were a lot of baby farms back then,” says the minister. “They collected the babies there and sold them to foreigners for adoption.” This is the first time the Sri Lankan government admits the existence of ‘baby farms’. Stories of ‘baby farms’ had previously been dismissed as rumours.

In response to the ZEMBLA findings, Sri Lanka will launch an investigation into the adoption fraud involving thousands of children who were brought from Sri Lanka to the Netherlands during the 1980s. Minister Senaratne also takes the initiative to establish a DNA databank, which children as well as parents can use to search for relatives.

Last May, in the broadcast of ‘Adoptiebedrog’ (Adoption Fraud), ZEMBLA revealed that adoption records of children adopted from Sri Lanka to the Netherlands during the 1980s had been falsified on a large scale. Mothers who gave their child up for adoption turn out not to be their biological mothers. Siblings of adoptive children were never mentioned, travel documents were given new dates of birth filled in manually.

‘Acting mothers’
ZEMBLA also discovered that children had been sold for adoption from a hospital in Matugama. This was based on statements from nurses working at the hospital. ZEMBLA also speaks with a mother, whose baby had allegedly passed away shortly after birth, according to the doctors. She says a family member saw a doctor carrying the infant out of the hospital alive.

Sri Lanka investigates adoption fraud
Sri Lankan minister Senaratne does not take the findings lightly: “The government (of Sri Lanka, ed.) should take this very seriously. We will have to set up a special agency where parents and children can have their DNA tested. This provides an easy method of finding out if it is the real mother or not. I will take the initiative for this.”

ZEMBLA also discovered that a small group of lawyers, medical staff and employees then working for the Sri Lankan child protection bureau were responsible for the adoption fraud. In fact, doctors and nurses acted as intermediaries for Western adoption agencies.

Minister Senaratne stated he will look into the fraud: “It happened in an illegal manner, it’s very wrong. It violates the human rights of these families. This needs to be looked into.”

Dijkhoff’s response
When asked, State Secretary Dijkhoff, who is responsible for intercountry adoptions in the Netherlands, announced that he “is currently investigating who played which part and who were responsible at the time, how everything was monitored and which organisations and persons were involved in general.”

Dijkhoff also writes: “I will also talk to a few organisations involved (UAI, FIOM) and I will approach the Sri Lankan authorities. Based on that, I will consider if the Dutch government should be involved in this matter.”

‘Stichting Flash’ switched babies
ZEMBLA finds a letter from former adoption agency ‘Stichting Flash’ from 2001, addressed to a Flash employee in Sri Lanka. The letter describes how one baby from a pair of twins that were up for adoption had died and a different infant was adopted to the Netherlands using the name of the deceased child.

The letter includes: “The baby died. The lawyer (…) asks the adoptive parents not to cry and suggests to use the papers of the deceased child to give another orphan the opportunity to have a better life. The adoptive parents discussed this with the chairman of Flash.”

When asked, a former board member of ‘Stichting Flash’ and a former employee told ZEMBLA that they do not recollect ever having seen this letter.

5 #BeInformed: What Happened Way Back When Sri Lanka Was Home To Baby Farms?

Pulse.lk
When Zembla shed a light on the existence of illegal baby farms in Sri Lanka in the 1980s, the country was pushed into a storm of confusion and controversion. With an investigation into adoption fraud now ensuing, can estranged birth mothers and children be reunited? Will justice be served?

Rochel Nilendra
“Sri Lanka” Over 11,000 people who were born in Sri Lanka have been adopted overseas. Many of them have grown with little knowledge of the people or culture they left behind. This film follows two women – both adopted as babies – as they return to Sri Lanka to try and find their birth families. They are searching not just for their relatives, but also for a lost identity.
Thirty-eight-year-old Rebecca was adopted from Sri Lanka when she was three months old. Her adoptive parents were a Sri Lankan couple living in London. They brought her up as an only child and worked hard to give her every opportunity they could. She went to the best schools, had lavish birthday parties, and excelled in music and the arts. But they also kept one important fact from her – they never told her that she was adopted. For the first nine years of her life, Rebecca thought her adoptive family was her birth family. One evening after school, Rebecca found the adoption papers in the airing cupboard. It was devastating and broke a bond between her and her adoptive family. Since then she has been trying to find the truth about her birth and the family who brought her into the world.

7 News1st: The story of Rebecca Nalayini, looking for her birth mother in Sri Lanka

Just For Laughs Gags
Millions of dollars are lost annually due to blindness fraud. These precautions might seem extreme, but they’re necessary!
Filmed in Montreal, Quebec
Welcome to the world-famous channel, where we pull public pranks on unsuspecting Montreal residents and tourists.