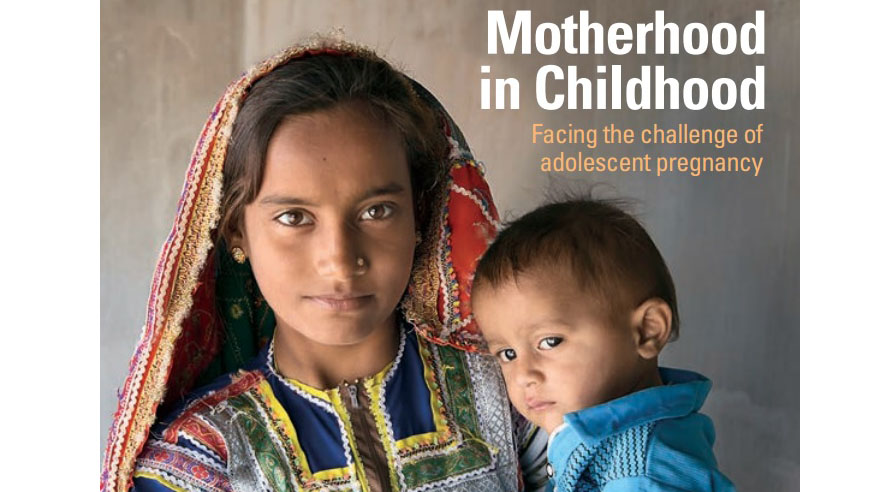 TEDx Talks
Time to reframe marriage. From love and happy ever after to legal, forced underage marriages. Filmmaker and writer Kate Ryan Brewer dares us to get uncomfortable as she breaks the happy ever after myth., and face the uncomfortable reality that is hiding in plain sight. The reality of forced legal and child marriages, legal in 48 of the 50 states in the USA. Children forced to marry their rapist and long-time abuser, trapped in violent, abusive relationships that they cannot escape. When you are under 18, you don’t have the legal recourse to divorce and you cannot go to a shelter because you would be counted a runaway and sent back. Kate challenges herself and us to find out what else is hiding in plain sight, across the street, next door…. Born in Seattle and raised in Southeast Asia, Kate is an independent writer and filmmaker. Her first feature film is a documentary about forced and child marriage in the United States called “Knots: A Forced Marriage Story.” and she is directing a short horror film called “The Murder King.” Since graduating from Florida State University film school in 2007, she has lived and worked around the world in Los Angeles, Marrakech, London, Sydney, Washington DC, and Omaha with work ranging from writing comedic pop-culture parodies for Disney to developing communications for The Tahirih Justice Center to raise awareness about gender-based violence
Hyperion published her first YA novel – “I Heart Vampires: Birth” under the pen name Siona McCabre in 2011.
Accomplishments
2015 Academy Nicholl Fellowships Screenwriting Competition Quarterfinalist – “Pretty Goes With Everything” by Kate Ryan Brewer and Laughing Fox Thomas This talk was given at a TEDx event using the TED conference format but independently organized by a local community. Learn more at https://www.ted.com/tedx
Back to menu

2 Forced Marriage Continues in Many Countries

VOA News
Young girls forced into marriage is still a reality in many parts of the world, and it doesn’t just happen in developing nations. Activists, African first ladies and victims gathered at a conference in Los Angeles to talk about the problem and what can be done to change the practice of child brides.
Back to menu

VICE Asia
Instead of focusing on their education, teenage girls in Malda, a border town in West Bengal, are focused on the fear of being forced to marry without their consent. VICE India host Makepeace Sitlhou meets schoolgirls, Priyanka, Ismoarah, Moushumi, and Masuda, to understand how they navigate through life in a society where the sole purpose of a girl’s existence seems to be marriage.
Note: The name of the principal of Dalla High School is Jaydeb Lahiri.
Back to menu

4 Nigerian child brides: How little girls are sold off into marriage

FRANCE 24 English
How young girls in southern Nigeria are viewed as being worth no more than cattle or property. We meet those fighting to stop little girls from being sold off into marriage. Also abortion rights continue to be under siege in America. We talk to Washington-based Politico reporter, Alice Ollstein, about the toll the battle is taking on not just reproductive rights but also those campaigning for them.
Back to menu

VOA News
In a gauzy fantasy, Safia Badal imagined becoming a bride and looking “the prettiest on my wedding day.” But at 13, she was surprised by a proposal and same-day marriage – in an ordinary dress. Had she been a burden on her impoverished, divorced parents? As a 19-year-old homemaker in the capital of Punjab province, Safia remains in a marriage that has brought disappointments – but also two young sons.
Voice of America reporters around the world focused on the worth of a girl to reveal how a young bride is valued by two families: the one she leaves behind and the one she joins. Explore the full project https://projects.voanews.com/child-ma…
Back to menu

VOA News
County recorder Pam Strawbridge signed many marriage licenses in her 40-year career in Pemiscot County Missouri, and hated to sign the ones she said were for “babies.” Strawbridge says her signature is on the union of at least one 13-year-old who came to Missouri to be married.
Before they passed a tougher law in 2018 (the minimum age is now 16), Missouri had no conditions on 15-year-olds getting married, and required anyone younger than 14 to get a judge’s permission. Now, if one person is younger than 18 and the other is 21 or older, the state won’t issue the couple a license.
Voice of America reporters around the world focused on the worth of a girl to reveal how a young bride is valued by two families: the one she leaves behind and the one she joins. Explore the full project https://projects.voanews.com/child-ma…
Back to menu

Real Stories
In this undercover investigation, religious leaders appear willing to agree to perform underage marriages at some mosques across the UK. Around 400 schoolchildren – mainly girls from South Asian communities – are forced into marriage every year in the UK, according to official Government figures. The law in this country is very straight forward, that you can’t marry until you’re 16, also that you can’t engage in sexual activity consensually until you are the age of 16.
Want to watch more full-length Documentaries? Click here: http://bit.ly/1GOzpIu
Content licensed from Digital Rights Group (DRG). Any queries, please contact us at: owned-enquiries@littledotstudios.com
Produced by HARDCASH PRODUCTIONS
Back to menu

Too Young To Wed: In rural Bangladesh parents often regard their daughters as a financial burden. Marrying off girls as young as 10 has become a cultural norm, despite child marriage being illegal.

“I want to be so many things when I grow up. I want to be a doctor so I can help people”, says Beezly, a 13-year-old schoolgirl. But her parents have other plans for their daughter: they have arranged to wed her to a man twice her age. The illicit ceremony is conducted in a secret location to avoid police attention. Her new husband has no time for her aspirations. “A good wife takes care of me when I come home from my shop. She will make me food and get along with my parents”. Beezly’s story is typical of young girls in Bangladesh, which has the highest child marriage rate in Asia. But not everyone is happy with the status quo. Keshab Roy’s niece poisoned herself when her family tried to force her into marriage. “I keep thinking of her. Why isn’t she here? How many more girls are going to die like this?” he asks. He now tries to convince families not to force young daughters into marriage, and organises cinema screenings to broadcast his message to a wider audience. Yet without a more fundamental challenge to the value placed on girls, it will be an uphill battle to break the cycle.

9 How I escaped forced marriage in Egypt | MORAL COURAGE EP. 28

MoralCourageChannel
New Yorker Nashwa el-Sayed was abducted to Egypt, raised in an abusive household, and forced into an impending marriage. But she insisted that life had more to offer.
From Executive Producer Irshad Manji, Moral Courage TV tells the stories of people who are standing up when others want them to sit down. Whether they are confronting a bully, challenging their culture, or simply seeking truth, the agents of moral courage refuse to fail.
Back to menu

zhussain011
This documentary is prepared to highlight one of the social evil in our country (Pakistan) that is Underage or forced marriages. This is a small effort towards highlighting the problems of our society. We hope that this documentary could act as a catalyst in bringing change to the mindset related to forced or underage marriages.
Back to menu

11 Right To Choose: Spotting the signs of forced marriage: Azim

Summer holidays are the peak time for young people to be taken overseas and forced into marriage. In some cases they are taken on what they have been told is a holiday to visit family abroad, but in fact a marriage has been planned. Once abroad, victims are often even more isolated than they might have been in the UK and getting help is more difficult.

Remind young people to speak up if they think they or someone they are close to are in danger.

12 FULL STORY: To Honour and Obey

Crime Beat TV
Crime Beat TV
Women and girls forced to marry in Canada. Will new legislation stamp out the practice – or drive it further underground? For more info, please go to www.global16x9.com.
Back to menu

The Feed SBS
Weddings are usually a cause for celebration, but there is a darker side to some bridal parties.
Back to menu

14 When American girls are forced into marriage abroad, the U.S. can do little to rescue them

PBS NewsHour
Jada was 12 years old and living in New Jersey when her father sent her to Saudi Arabia to be married. With the U.S. government unable to intervene, her astonished family at home took up the challenge of bringing her back. Jada is not alone in her experience, and not everyone has the same happy outcome. Special correspondent Gayle Tzemach Lemmon reports.
Back to menu

National Geographic
Photographer Stephanie Sinclair and writer Cynthia Gorney investigate the world of prearranged child marriage, where girls as young as five are forced to wed.
Back to menu