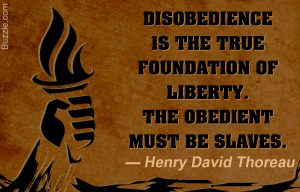 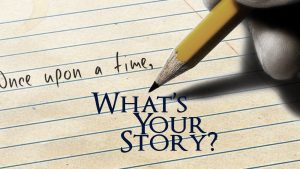 Michelle Obama says it was never easy being the wife of a driven politician. The demands of campaigning and politics strained their marriage, and they sought help in couples’ therapy. In their first national TV interview together, Gayle King also spoke with Marian Robinson, Obama’s mother, about her eight years in the White House.

How do our individual identities shape society? Bryan Stevenson argues that to change a system that isn’t working, we have to question our own role in it.

In advance of Bryan Stevenson’s documentary “True Justice,” Lester speaks with the lawyer and activist about the American legacy of slavery and how it shaped the country’s justice system.

In this Q&A, Bryan Stevenson, Public interest lawyer, gives updates on how he engaged with the issue of protecting children from incarceration. In this discussion with Chris Anderson, he talks about dealing with racism and the history of slavery more honestly in order to combat it. TEDArchive presents previously unpublished talks from TED conferences. Enjoy this unedited talk by Bryan Stevenson. Filmed at TED2014. NOTE: Comments are disabled on this video. We made this difficult decision for the TED Archive because we believe that a well-moderated conversation allows for better commentary from more people and more viewpoints. Studies show that aggressive and hateful comments silence other commenters and drive them away; unfortunately, YouTube’s comment moderation tools are simply not up to the task of allowing us to monitor comments on so many videos at once. (We’d love to see this change, YouTube.) So for now, if you’d like to comment on this talk, please use Facebook, Twitter or G+ to discuss with your networks.

6 How the Obama White House read millions of Americans’ letters

Every year, millions of mail wind up at one of the country’s most recognizable addresses: 1600 Pennsylvania Avenue in Washington, D.C. Tony Dokoupil takes a behind-the-scenes look at the team that looks at every single letter, email and Facebook message sent to the White House.

7 Inside the White House: Letters to the President

Every day, President Obama reads ten letters from the public in order to stay in tune with America’s issues and concerns. “Letters to the President” is an exclusive, behind-the-scenes look at the process of how those ten letters make it to the President’s desk from among the tens of thousands of letters, faxes, and e-mails that flood the White House each day. August 3, 2009. (public domain)

The First Grandma: Who Is Marian Robinson? Michelle Obama’s Mother Has Uprooted Her Life to Help Raise Her Grandchildren…

First lady Michelle Obama may be focusing on being mom in chief, but it’s her mother, Marian Robinson, who serves as the bedrock for the entire Obama clan.

Robinson, who retired from her job as a bank secretary in 2007 in order to devote more time to her grandaughters, Malia Obama, 10, and Sasha Obama, 7, left her Southside Chicago home to help her daughter and son-in-law make the transition to Washington, D.C.

Her bond with the first family is evident. Throughout the inauguration, Robinson watched closely over Malia and Sasha as a friendly assist to support Michelle and Barack Obama.

Michelle Obama has been vocal about how grateful she is for her mother’s aid during the family’s move from private to public life.

“My mother jokes. She said, ‘You know, when I taught you and your brother to push beyond your comfort zones, I didn’t expect you to drag me with you.’ She has been terrific,” Michelle Obama said in an interview with ABC News’ Bob Woodruff last year.

“We couldn’t do this without her,” she added, “and we are grateful that she’s going to be here, helping the girls, helping me get acclimated to the changes that we’ll be facing. I can breathe a little bit easier, knowing that if I’m out late or have to travel that the girls have Grandma.”

Michelle Obama discusses her debate advice, spending her 20th anniversary with millions and her experience campaigning.
Watch all of the debates LIVE at cnn.com/debates
For more CNN videos, check out our YouTube channel at http://www.youtube.com/cnn

Craig Robinson recalls President Obama asking for his help to get future First Lady Michelle Obama on board for a presidential campaign.

Watch full episodes each week on TV stations across the country. Find the airing time and channel for your city:
http://www.grahambensinger.com/index….

Having three generations of family living in the White House and raising her two daughters there is a ‘beautiful experience,’ first lady Michelle Obama said Friday. She also paid tribute to her ‘mommy’, Marian Robinson, ahead of Mother’s Day. (May 7)

13 Michelle Obama to Moms: “Part of Our Problem is that We’re Judging Each Other”

In our intimate, in-depth conversation with First Lady and iVillage Guest Editor Michelle Obama, we talked about everything from whether women can truly have it all to her “stomach knots” as Malia enters high school to the book sensation ‘Fifty Shades of Grey’ (no, she hasn’t read it but knows staffers who have!). Check out our one-on-one and notice the First Lady’s shoes are off!

(2014) There are many faces of courage and the most unlikely people can end up heroes. One such hero is Samantha Barlow. For nearly a decade, she’s been fighting the most terrible eating disorders. But that’s only been half the battle. Because Sam’s also had to endure the unimaginable trauma of being abused by the very person who was supposed to make her well – her psychiatrist, Dr Ming Tan. It was the most appalling breach of trust and Samantha wasn’t the only girl Tan abused. But he wasn’t bargaining on Samantha’s guts and determination to take him on. Sam’s courage would see this sick psychiatrist brought to justice.

In the 2016 race to the White House, presidential candidate Donald Trump took a shine to the whistleblowing site WikiLeaks, led by its Australian founder Julian Assange.

Trump revelled in the damage inflicted upon his opponent, Hillary Clinton, by a series of sensational leaks published by the site.
Now, as President, Donald Trump has performed a spectacular flip, presiding over an administration determined to imprison the publisher of the leaks.

In Part Two of its investigation into Julian Assange, Four Corners looks at Assange’s activities conducted during the nearly seven years he spent sheltering in the Ecuadorian Embassy.

For Part One, Hero or Villain: The Prosecution of Julian Assange, click here: https://youtu.be/HtelzRAPlT8

20 From the 60 Minutes Archive: Larry King

CNN
Larry King, the longtime CNN host who became an icon through his interviews with countless newsmakers and his sartorial sensibilities, has died. He was 87.
King hosted “Larry King Live” on CNN for over 25 years, interviewing presidential candidates, celebrities, athletes, movie stars and everyday people. He retired in 2010 after taping more than 6,000 episodes of the show.

CBS Sunday Morning
Award-winning broadcaster Larry King, who spent more than six decades on radio and television, died on January 23, 2021 at the age of 87. In this profile originally broadcast on October 1, 2006, King talked with “Sunday Morning” anchor Charles Osgood about interviewing the famous and infamous, curiosity, and the devastation he felt as a nine-year-old when his father died.

23 Larry King Dies At 87: Remembering The TV legend’s Life On The Air | TODAY

TODAY
Television legend Larry King has died at age 87 at Cedars-Sinai Medical Center in Los Angeles where he was hospitalized with COVID-19 earlier this month. NBC’s Kevin Tibbles looks back at the decades he spent on air.

CBC News
U.S. talk show legend Larry King, 87, has died at Cedars-Sinai Medical Center in Los Angeles, the production company he founded said Saturday. No cause of death was given, but CNN had earlier reported he was hospitalized with COVID-19.

60 Minutes Australia
When Princess Diana’s boy Harry fell in love with a gorgeous American starlet, people went aaahhh. Then things got even better. Prince Harry and Meghan Markle married and took on the role of Duke and Duchess of the world. But in a little over 12 months something has happened to drastically change the public mood. Maybe with the arrival of their son, Archie, the couple just want some more privacy. But there has been an unintended result – the tabloids have turned, and the blame game – much of it directed at Meghan – has been fierce. As Karl Stefanovic reports from London, the controversy is a major headache for the royal family.
For forty years, 60 Minutes have been telling Australians the world’s greatest stories. Tales that changed history, our nation and our lives. Reporters Liz Hayes, Allison Langdon, Tara Brown, Charles Wooley, Liam Bartlett and Sarah Abo look past the headlines because there is always a bigger picture. Sundays are for 60 Minutes.

Lorraine
Lorraine is joined by Princess Diana’s former butler Paul Burrell, who worked for the Royal family for over 20 years and was one of Princess Diana’s closest confidants. He exclusively reveals how he was in the room when Oprah asked Diana to do an interview in the 90’s, how similar Meghan and Diana’s mental suffering has been and he shares how the Royal household could be feeling this morning after Meghan and Harry’s Oprah interview. As well as this, he shares sympathy for The Queen and believes the institution needs fixing. Broadcast on 08/03/21
Lorraine brings you up-to-date topical stories, the biggest celebrity interviews and tasty recipes as well as finger-on-the-pulse fashion tips with Mark Heyes and health advice from Dr Hilary Jones.
Presenter Lorraine Kelly welcomes guests in her warm and friendly studio setting as she interviews your favourite celebrity guests and a-list stars as well and delving into the world of food, fashion, health and fun.

Just For Laughs Gags
Coffin is thrown in the water when people try to stick a Canadian flag on it.