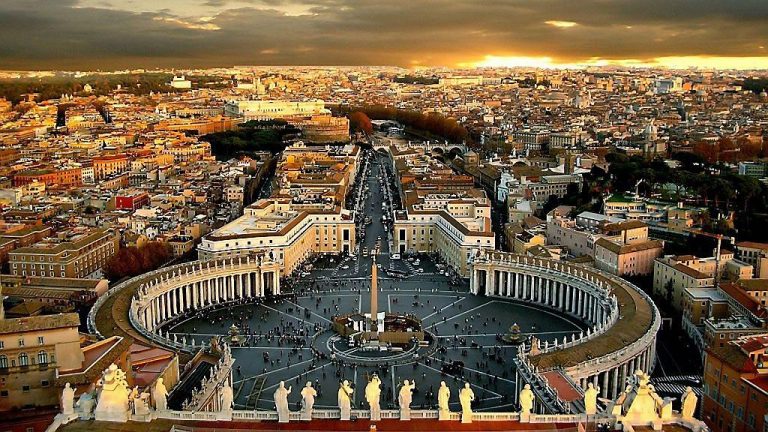 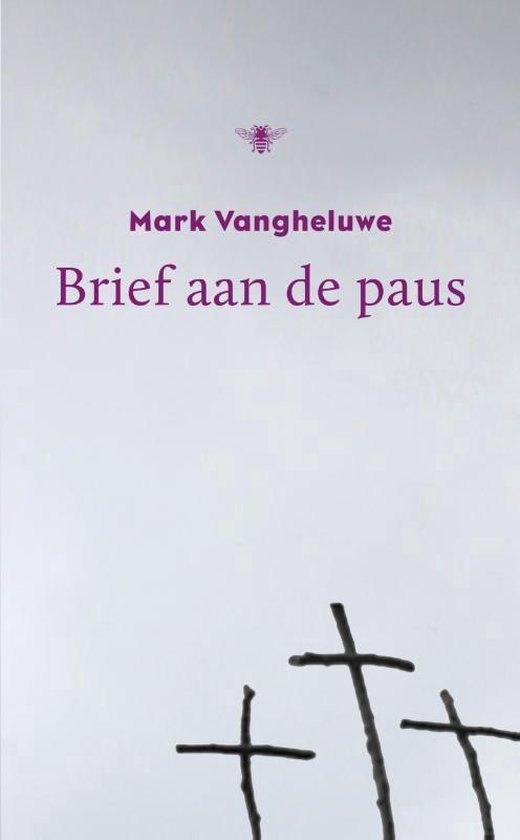 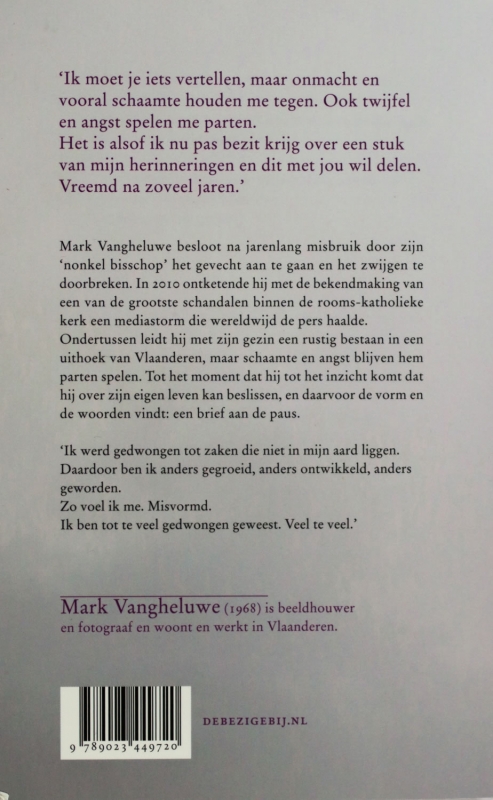 Channel 4 News
The former Bishop of Bruges has told a French TV crew that the abuse of his 5 year old nephew was like ‘a game’ and admitted that he abused a second relative. Under Belgian law he cannot be charged because too much time has elapsed since the crime.
Back to menu

2 Sexual abuse and rape can be the making, not the breaking of you | Lydia Ward | TEDxLeamingtonSpa

As a survivor of childhood sexual abuse and a member on the Board of Trustees and an Ambassador for the charity Safeline.Org, Lydia hopes this emotional account of her personal journey can help to empower fellow survivors.

Lydia is the founder of Velvet Evolution, a marketer and a psychologist with particular expertise in assessing communication styles and building emotional resilience. Her 15-year global business career includes high profile roles in the food and health & beauty industries. As a confidence coach and mindfulness teacher, she helps clients define success, identify their stress triggers and execute a mindful plan for change.

Lydia is also a survivor of childhood sexual abuse and is now a supporter of Safeline.Org as a member on the Board of Trustees and an Ambassador for the charity. A recently approved foster carer, she acts on stage at The Priory Theatre Kenilworth in her spare time. Confidence is the belief “I can do this”. Lydia embraces this value in every aspect of her life; she wants to empower survivors and others to do and feel the same – each and every day.

Arjanne Burger
Gerald Troost – Wolf in schaapskleren
Back to menu 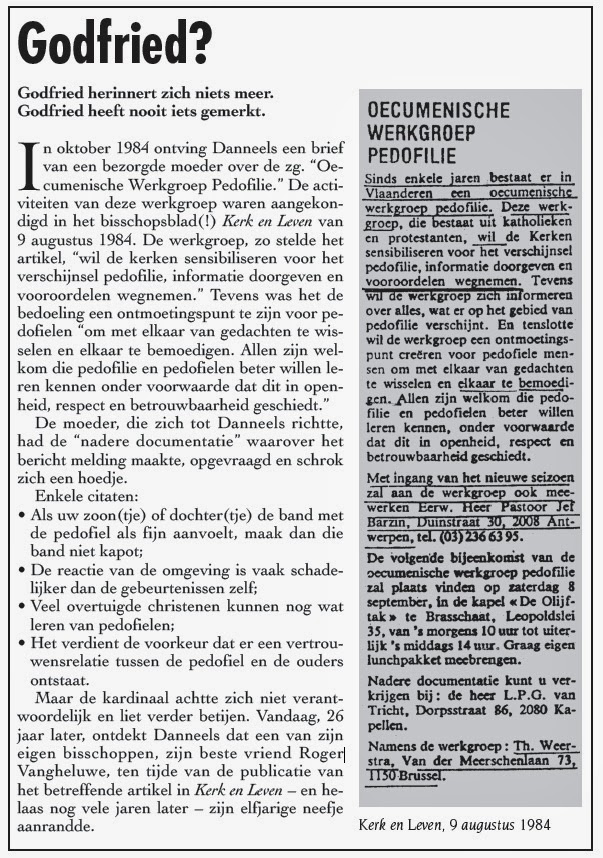 Sept 10, 2010. Paedophilia expert unveils harrowing testimony and documents cases in almost every diocese. Some of the most damning evidence of systematic child abuse by the Roman Catholic clergy to come to light was unveiled today by Belgium’s leading authority on paedophilia, who published hundreds of pages of harrowing victim testimony detailing their traumas and suffering.
The explosive report by Peter Adriaenssens in the town of Louvain, east of Brussels, lists evidence of 476 instances of child abuse by priests and bishops going back 50 years.
Adriaenssens was appointed by the church last year to head an independent inquiry into the scandal. Since April, when Roger Vangheluwe, the bishop of Bruges, resigned after admitting persistently molesting a nephew, the Adriaenssens commission has been inundated with evidence, with hundreds of victims coming forward.
He has since documented cases of abuse occurring in almost every diocese in the country and in virtually every school run by the church. “We can say that no part of the country escapes sexual abuse of minors by one or several [church] members,” said Adriaenssens.
“This is the church’s Dutroux dossier,” he added in reference to the notorious Belgian paedophile serial killer, Marc Dutroux, who kidnapped, tortured, abused and murdered six girls in 1995-6.
Speaking of the victims, Adriaenssens said that 13 had killed themselves, according to relatives, and another six had attempted suicide.
The 200-page report includes copious anonymous testimony from 124 of the victims “to honour their courage” in coming forward.
“There are days when I thank God for having the chance to speak,” testified one woman. “Four years of psychotherapy have taught me that silence kills. I have had enormous depressions, going as far as attempted suicide. At other times I think it would be wise to let sleeping dogs lie. But in the end I’ve chosen to speak … Since the resignation of the bishop of Bruges, I am living again in anxiety and fear. And I am far away. I’ve chosen to live far from my country, hoping that the past won’t rejoin me.” This testimony was from a woman abused in the 1980s, but most of the cases concerned young boys and teenagers, as well a documented case of a two-year-old boy being molested.
Another victim told of being repeatedly sexually molested by his parish priest for five years from the age of seven. “From being a violated child, I myself became, several years later, an abuser of adolescents and was sentenced to eight years in jail of which I served four and a half … The priest’s violations certainly strongly shaped my sexual identity and influenced my life choices.”
The evidence presented, said the daily newspaper Le Soir, was of “immense persistent suffering which neither the church, justice, nor society have been able to assuage … Adriaenssens has done what everyone else declined to do — listen to the victims, understand them, and give them the place they deserve.”
The abuse went back to the 1950s, was most common in the 60s and was tailing off by the 1980s, Adriaenssens said. Most of the victims were now middle-aged, but remained traumatised. Around half of the abusers had died.
The expert unveiled his report today because yesterday a Belgian court ruled that the material, seized by police in a highly controversial raid in June, was inadmissible in court because of the “disproportionate” police action and ordered it returned. In June they seized the commission’s files, raided the headquarters of the Belgian Catholic church, held cardinals and bishops for several hours, took their mobile phones, and carried away computers and documents. They questioned Cardinal Godfried Danneels, who retired as head of the Belgian church and archbishop of Brussels in January. 2 weeks ago Belgian newspapers published tape recordings of Danneels seeking to hush up the case of Vangheluwe, the Bruges bishop. Vangheluwe’s nephew secretly recorded Danneels pressing him to keep quiet about his uncle at least until he retired next year. “I don’t think you’d do yourself or him a favour by shouting this from the rooftops,” the cardinal warned the victim, who replied angrily that his uncle had abused him for 13 years from the age of five. The recordings were made in April; the bishop resigned 2 weeks later, the most senior clergyman in the Catholic church to have quit after being exposed. http://www.guardian.co.uk/world/2010/… 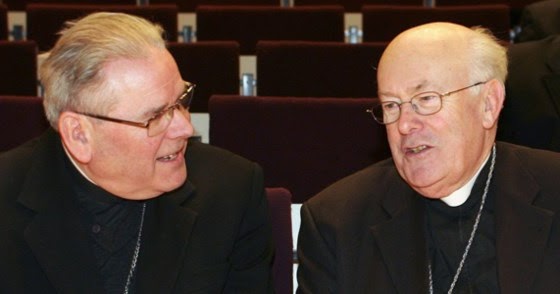 60 Minutes Australia
Don’t tell (2017) As a 12 year old Lyndal was sexually abused while she was a boarder at Toowoomba Prep; one of the Anglican Church’s elite private schools in Queensland. Her attacker always told her, ‘Don’t tell, no one will believe you,’ and as it turned out, he was right. The abuse went on for eight harrowing months before the predator’s evil was discovered. But that wasn’t the end of Lyndal’s suffering. Her attempts to get the help she desperately needed were ignored by the school and the church. Even approaches to the then Archbishop, Peter Hollingworth, led nowhere. He went on to become Australia’s Governor General, while Lyndal’s life spiralled out of control. After years of misery, one day she decided she’d had enough and what she did next saw the beginning of the end for the Governor-General. Lyndal’s inspirational battle has now been turned into a movie called Don’t Tell, but she’s never spoken publicly about her ordeal. Until now.
For forty years, 60 Minutes have been telling Australians the world’s greatest stories. Tales that changed history, our nation and our lives. Reporters Liz Hayes, Allison Langdon, Tara Brown, Charles Wooley, Liam Bartlett and Sarah Abo look past the headlines because there is always a bigger picture. Sundays are for 60 Minutes.
Back to menu

60 Minutes Australia
It’s hard to imagine a graver charge. It’s against one of the most powerful men in Australia, the man who is now the Catholic Archbishop of Sydney. The accusation is simply this: That Dr George Pell attempted to bribe a distressed young man, who’d been sexually assaulted by a priest – and that Pell did this to cover up a potential scandal and to protect his church. And, as you’ll see, there’s more. Money offered to silence the family of two young girls, more tragic victims of a predator in the Catholic Church.
For forty years, 60 Minutes have been telling Australians the world’s greatest stories. Tales that changed history, our nation and our lives. Reporters Liz Hayes, Allison Langdon, Tara Brown, Charles Wooley, Liam Bartlett and Sarah Abo look past the headlines because there is always a bigger picture. Sundays are for 60 Minutes.
Back to menu

Just For Laughs Gags
Most horrible woman wants some help to put the cutest little puppy in a mailbox in front of her horrified accomplices. A presentation of the Just For Laughs Gags. The funny hidden camera pranks show for the whole family.
Filmed in Montreal, Quebec Welcome to the world-famous Just for Laughs Gags channel. Subscribe to our channel and stay up to date on our latest pranks!
Back to menu