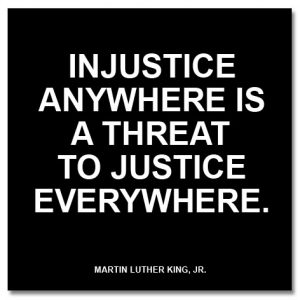 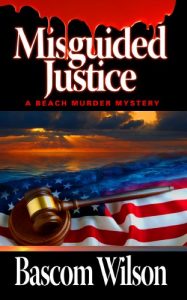 In 1983, Archie Williams was wrongfully convicted and sent to prison. This March, thanks to The Innocence Project, he was cleared and finally released. Today he told his story to Steve.
Back to menu

Presented by Christopher Platt for YourBlackWorld.net!

The Dr Boyce Watkins Channel is an all-black news and commentary channel that features a number of African American thinkers, commentators and speakers. The views of each video are not necessarily representative of those of Dr Boyce Watkins himself.

A man serving a life sentence following his conviction for a 1982 rape and stabbing was freed last week after a match in a fingerprint database led to his exoneration.

The Innocence Project, a nonprofit focused on wrongful convictions, announced Thursday that Archie Williams had walked free after a Louisiana district court commissioner vacated his conviction after 36 years in prison.

“Mr. Williams first wrote to the Innocence Project for help in 1995. He was 35 years old,” Vanessa Potkin, the project’s director of post-conviction litigation, said in a statement. “Today, he walked out of prison at age 58.”

The commissioner, Kinasiyumki Kimble, moved last month to search an expanded FBI fingerprint database using prints left decades ago at the scene of the crime — a proposal to which prosecutors agreed.
Multiple fingerprints were left leading into the bedroom of the Baton Rouge home where the attack occurred, according to the nonprofit, all of which were ruled out as Williams’ at the trial.

The result: Fingerprint lifts taken from the scene led to the identification of another man, Stephen Forbes, who had confessed to multiple rapes after a 1986 arrest near the location of the crime for which Williams was convicted, the Innocence Project said.

Forbes died in prison in 1996, according to the nonprofit.

“If Commissioner Kimble had not insisted on, and First Assistant District Attorney Dana Cummings had not agreed to, a fingerprint search, Williams would have died in prison,” Emily Maw, senior counsel at the Innocence Project New Orleans, said in a statement.

Maw urged Louisiana lawmakers to give incarcerated people legal and open access to evidence that could prove them innocent and to allow experts to inform jurors how witnesses’ memories can unwittingly change over time.

The nonprofit said Williams was convicted “almost exclusively” on an identification by the victim, who identified Williams after seeing his photo a fourth time. Williams’ mother, sister and friend testified that he was asleep at home when the attack unfolded, the group recounted.

Williams’ relatives burst in tears Thursday after Kimble announced he would go free, citing “powerful evidence that Stephen Forbes committed this crime and Archie Williams did not,” according to The Advocate.

When it comes to deciding what evidence a jury should hear when deciding innocence or guilt, the American criminal justice system entrusts prosecutors with extraordinary power.

PART I OF THIS SERIES:

The Private Eye Trying to Prove an Innocent Man Was Sentenced to Death
https://www.youtube.com/watch?v=sMXFk…

Kenneth Clair has spent more than three decades in prison for the rape and murder of a young woman in Orange County, California. But he’s been seeking a retrial since ever since private eye CJ Ford uncovered the fact that the county DA had tested DNA evidence found on the scene and that it didn’t match Clair.

But the DNA testing isn’t the only piece of information the county withheld in this case. Prosecutors failed to disclose that the county had offered deals or incentives to multiple witnesses who testified against Clair.

In the case of Kenneth Clair, who lost when facing a prosecutor who purposely withheld information in multiple cases over the years, Sanders believes there are lingering questions that only fresh examination of the evidence can address.

“What else wasn’t turned over?” asks Sanders. “In a case like Clair, the right outcome, at the very minimum, is to give him a new trial.”

The 9th U.S. Circuit Court of Appeals overturned Kenneth Clair’s death sentence earlier this year for murky reasons unrelated to evidence disclosure. He continues to serve a life sentence and is seeking a new trial.

Just For Laughs Gags
Police officer from the bomb squad stops cars to search them for hidden explosive devices. When he finds one, he enlists a little kid to go retrieve it and make it explode in a garbage somewhere far away from them.
A presentation of JustForLaughsTV, the official Just For Laughs Gags YouTube channel. Home of the funniest, greatest, most amazing, most hilarious, win filled, comedy galore, hidden camera pranks in the world!
Back to menu