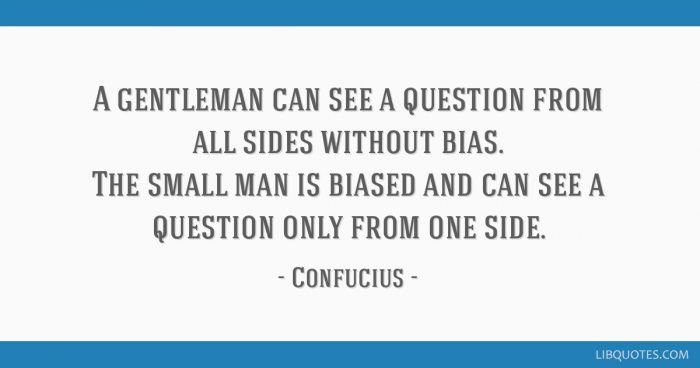 Not treating people in an equal way, or not morally right:

An unfair system
[ + to infinitive ] It’s unfair to blame Robert.

The Doctors
Ricky Jackson explains how he was able to forgive the man responsible for being in jail for 39 years.

cleveland.com
Ricky Jackson became a free man after 39 years in prison when Judge Richard McMonagle threw out his conviction on a 1975 murder at a Cleveland grocery store based on a lie by then 12-year-old Eddie Vernon. Vernon recanted his story this week to set

At minute 3′ until the end: the key of the story

Two men who faced the death penalty for a 1975 murder have walked free from prison when all the charges against them were dismissed after a witness said his testimony was ‘all lies’. Ricky Jackson and Wiley Bridgeman, 57 and 60, were convicted of murdering Harry Franks, a businessman in Cleveland, Ohio – based largely on the testimony of a 12-year-old who said he saw the murder. The two, along with Bridgeman’s brother Ronnie, were given death sentences after Eddie Vernon testified in court.
Released: Wiley Bridgeman, 60, was freed Friday from Cuyahoga County Jail after spending 39 years in jail for the murder of a Cleveland businessmanFree: Ricky Jackson, 57, also spent 39 years behind bars for the murder, having been convicted on the testimony of a witness who now says his story was ‘all lies Free men: Wiley Bridgeman, left, and Ricky Jackson, right, were released Friday from Cuyahoga County Jail after 39 years behind bars. They were originally on death row, but had their sentences commuted to life following a Supreme Court decision in 1978 outlawing the death penalty as it then existed
Back: Bridgeman embraces his brother Ronnie, who was also convicted but let out of prison years before him Third man: Ronnie Bridgeman, who has since changed his name to Kwame Ajamu, was also put on death row for the murders, but was released in 2003. Crime scene: This photograph shows the aftermath of the murder for which the Bridgeman brothers and Wiley were convicted
Victim: The three men were wrongly convicted of murdering Harry Franks, a businessman in Cleveland, Ohio All three sentences were commuted to life in 1978 after a Supreme Court ruling, but the men were still saddled with decades behind bars. Ronnie Bridgeman was released in 2003 for separate reasons. He was reunited with the other two inmates Friday when they walked free from Cuyahoga County Jail after prosecutors asked that the charges be dismissed.

NJTV News
Dion Harrell was convicted of rape in 199. Over 20 years later, DNA proved his innocence and cleared his record, but not after prison and years of living on the sex offender registry destroyed his life.

5 Brothers exonerated from murder convictions after spending decades in jail

WBAL-TV 11 Baltimore
Two brothers who have spent over two decades behind bars for a murder they did not commit were released from prison Friday.

Wendy Lane
You can donate to the Ohio Innocence Project online here: https://foundation.uc.edu/donate?id=4…

This video is very emotional

The Times of India
Wrongfully Convicted Man Free After 40 Years Sues City and Police The 58-year-old Ricky Jackson is a free man, and now the Cleveland native is suing both the city and the police officer who helped wrongfully put him away.

More compelling videos about Ricky Jackson on the link below

“I Didn’t Know What the Sky Looked Like Any More”: Ricky Jackson Exonerated After 39 Years in Jail.

Sky News
Three men in Baltimore have been released after being wrongfully convicted and imprisoned for 36 years. They were convicted of first degree murder in 1983 when they were 16-years-old and sentenced to life in prison.

Anthony Ray Hinton learns to re-adjust to a new life in a world with computers and social media.

KPBS
Anyone who follows the news knows that people can serve time in prison – decades even – for crimes they didn’t commit. But some law schools – including San Diego’s own California Western School of Law – are working to free people who they believe are innocent. KPBS reporter Pat Finn has this profile of the teachers and students who work in the California Innocence Project and why they do what they do.

California Innocence Project
Michael Hanline spent 36 years in prison for a crime he did not commit. CIP filed a petition based on favorable evidence withheld from the defense. Additionally, DNA testing showed Hanline was not involved. He was released on November 24, 2014. For more info on his case, visit: http://californiainnocenceproject.org…

Top 10 Archive
These ten people know that feeling all-too-well, and when they finally do prove their innocence, their reactions are nothing short of heart-wrenching.
Hey YouTube, Jim here. Welcome to Top10 Archive! It’s everyone’s worst nightmare – being locked up for a crime that they didn’t commit. Imagine spending years behind bars knowing that you’re completely innocent of the heinous crime you’ve been accused of, but nobody listens to your pleas?

UC Alumni Association
The Rosenthal Institute for Justice was established at the UC College of Law thanks to the generosity of Lois and Richard Rosenthal. The primary component of the Rosenthal Institute for Justice is the Ohio Innocence Project, which was founded in 2003. Harnessing the energy and intellect of law students as its driving force, the OIP seeks to identify inmates in Ohio prisons who are actually innocent of the crimes they were convicted of committing. Learn more: http://www.law.uc.edu/oip

BBC News
Watch the amazing moment when two school friends, a judge and a man suspected of burglary, were ‘reunited’ briefly during a court hearing in Miami, US. “I’m sorry to see you here,” said Judge Mindy Glazer. “I always wondered what happened to you.” Standing in the dock, Arthur Booth, who was arrested after he was chased in a car by police, broke down in tears when he recognised his former class-mate. Judge Glazer set Mr Booth’s bond at $43,000 (£27,500).
Video courtesy of : Miami-Dade Bond Court

The Perversion of Justice investigation

Miami Herald
When the Miami Herald launched the Perversion of Justice investigation in November 2018, it awakened the world to a decades-long injustice suffered by dozens and perhaps hundreds of young girls, many of whom had never spoken about their abuse at the hands of Jeffrey Epstein. In 2019, as a result of the Herald’s reporting, the top federal prosecutor for the Southern District of New York revived the case and Epstein was arrested in July. U.S. Attorney Geoffrey Berman, in announcing Epstein’s indictment, noted that prosecutors were aided in their investigation by “some excellent investigative reporting.’’
See how the investigation unfolded: https://www.miamiherald.com/news/loca… Video by the Miami Herald and McClatchy Studios

PDF copy from the Miami Harald

How the law, the press and his victims finally caught up with Jeffrey Epstein – Miami Herald

20 Harvey Weinstein: The fall of the king of Hollywood

Sky News
Harvey Weinstein was the king of Hollywood – a wealthy and successful movie mogul with 81 Oscars to his name but then something extraordinary happened.
Together, a small group of women decided they had waited long enough to tell their stories of how the once untouchable Weinstein had allegedly abused his power to intimidate, harass and sexually assault them.
It quickly became clear that they had got their timing right, as some of the most famous names in Hollywood came forward alongside dozens of others to accuse him.
This is the story of those who sparked it.

He was above the law

60 Minutes Australia
In a major 60 MINUTES investigation, Liam Bartlett reveals an added level of Weinstein wickedness. To cover up his many crimes, the one-time Hollywood heavyweight had at his disposal a so-called “army of spies”. These “agents” collected sensitive and embarrassing information about his victims, which was then used to discredit or shut them up. Among Weinstein’s trusted allies was Australian Dylan Howard, who a few days ago went to court to try to stop his part in Bartlett’s story being broadcast. Unfortunately for Howard, he failed.
Subscribe here: http://9Soci.al/chmP50wA97J Full Episodes here http://9Soci.al/sImy50wNiXL

Just For Laughs Gags
OMG. There is something in the bushes. Watch out it’s coming to get you. A green alien monster scares pedestrians as they enjoy a walk in the park. He chases them and they run away in fear. Except an old man, his old age has made him wise and he can see the truth, this is actually a person with an alien mask.
A presentation of JustForLaughsTV, the official Just For Laughs Gags YouTube channel. Home of the funniest, greatest, most amazing, most hilarious, win filled, comedy galore, hidden camera pranks in the world!