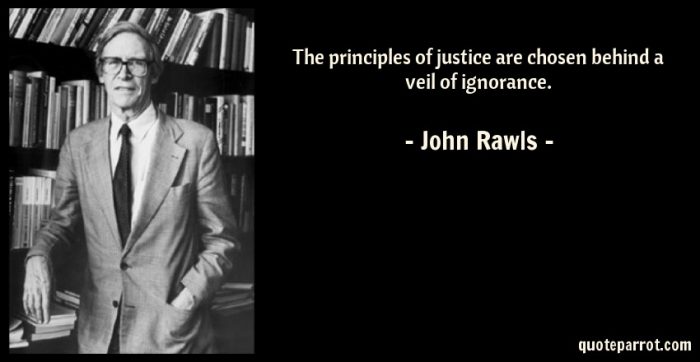 HARVARD YOUTUBE PLAYLIST https://www.youtube.com/playlist?list…
PART TWO: HOW TO MEASURE PLEASURE https://youtu.be/0O2Rq4HJBxw
Sandel introduces J.S. Mill, a utilitarian philosopher who attempts to defend utilitarianism against the objections raised by critics of the doctrine. Mill argues that seeking “the greatest good for the greatest number” is compatible with protecting individual rights, and that utilitarianism can make room for a distinction between higher and lower pleasures. Mill’s idea is that the higher pleasure is always the pleasure preferred by a well-informed majority. Sandel tests this theory by playing video clips from three very different forms of entertainment: Shakespeare’s Hamlet, the reality show Fear Factor, and The Simpsons. Students debate which experience provides the higher pleasure, and whether Mill’s defense of utilitarianism is successful.

ART ONE: WHATS A FAIR START?

Is it just to tax the rich to help the poor? John Rawls says we should answer this question by asking what principles you would choose to govern the distribution of income and wealth if you did not know who you were, whether you grew up in privilege or in poverty. Wouldnt you want an equal distribution of wealth, or one that maximally benefits whomever happens to be the least advantaged? After all, that might be you. Rawls argues that even meritocracy—a distributive system that rewards effort—doesnt go far enough in leveling the playing field because those who are naturally gifted will always get ahead. Furthermore, says Rawls, the naturally gifted cant claim much credit because their success often depends on factors as arbitrary as birth order. Sandel makes Rawlss point when he asks the students who were first born in their family to raise their hands.

PART TWO: WHAT DO WE DESERVE?

Professor Sandel recaps how income, wealth, and opportunities in life should be distributed, according to the three different theories raised so far in class. He summarizes libertarianism, the meritocratic system, and John Rawlss egalitarian theory. Sandel then launches a discussion of the fairness of pay differentials in modern society. He compares the salary of former Supreme Court Justice Sandra Day OConnor ($200,000) with the salary of televisions Judge Judy ($25 million). Sandel asks, is this fair? According to John Rawls, it is not. Rawls argues that an individuals personal success is often a function of morally arbitrary facts—luck, genes, and family circumstances—for which he or she can claim no credit. Those at the bottom are no less worthy simply because they werent born with the talents a particular society rewards, Rawls argues, and the only just way to deal with societys inequalities is for the naturally advantaged to share their wealth with those less fortunate.

To register for the 2015 course, visit https://www.edx.org/course/justice-ha….
PART ONE: ARGUING AFFIRMATIVE ACTION
PART TWO: WHAT’S THE PURPOSE?
Part 1
Sandel describes the 1996 court case of a white woman named Cheryl Hopwood who was denied admission to a Texas law school, even though she had higher grades and test scores than some of the minority applicants who were admitted. Hopwood took her case to court, arguing the schools affirmative action program violated her rights. Students discuss the pros and cons of affirmative action. Should we try to correct for inequality in educational backgrounds by taking race into consideration? Should we compensate for historical injustices such as slavery and segregation? Is the argument in favor of promoting diversity a valid one? How does it size up against the argument that a students efforts and achievements should carry more weight than factors that are out of his or her control and therefore arbitrary? When a universitys stated mission is to increase diversity, is it a violation of rights to deny a white person admission?
PART TWO: WHATS THE PURPOSE?
Sandel introduces Aristotle and his theory of justice. Aristotle disagrees with Rawls and Kant. He believes that justice is about giving people their due, what they deserve. When considering matters of distribution, Aristotle argues one must consider the goal, the end, the purpose of what is being distributed. The best flutes, for example, should go to the best flute players. And the highest political offices should go to those with the best judgment and the greatest civic virtue. For Aristotle, justice is a matter of fitting a persons virtues with an appropriate role.

4 Justice: What’s The Right Thing To Do? Episode 06: “MIND YOUR MOTIVE”

To register for the 2015 course, visit https://www.edx.org/course/justice-ha….
PART ONE: MIND YOUR MOTIVE Professor Sandel introduces Immanuel Kant, a challenging but influential philosopher. Kant rejects utilitarianism. He argues that each of us has certain fundamental duties and rights that take precedence over maximizing utility. Kant rejects the notion that morality is about calculating consequences. When we act out of duty—doing something simply because it is right—only then do our actions have moral worth. Kant gives the example of a shopkeeper who passes up the chance to shortchange a customer only because his business might suffer if other customers found out. According to Kant, the shopkeepers action has no moral worth, because he did the right thing for the wrong reason.
PART TWO: THE SUPREME PRINCIPLE OF MORALITY Immanuel Kant says that insofar as our actions have moral worth, what confers moral worth is our capacity to rise above self-interest and inclination and to act out of duty. Sandel tells the true story of a thirteen-year old boy who won a spelling bee contest, but then admitted to the judges that he had, in fact, misspelled the final word. Using this story and others, Sandel explains Kants test for determining whether an action is morally right: to identify the principle expressed in our action and then ask whether that principle could ever become a universal law that every other human being could act on.

Political philosopher Michael Sandel argues that free market economics have affected American perceptions of ethics, morality, and value. By emphasizing the monetary value of human goods, says Sandel, Americans may be moving away from notions of emotional and social worth.

Work hard, play by the rules, and you’ll go as far as your talents will take you. Right? But so often this isn’t how the system works. In this powerful new RSA Minimate, political philosopher Michael Sandel confronts our age of stalling social mobility and entrenched inequality, and asks: what would it take to give everyone a fair shot at a good life?
The minds behind the award-winning RSA Animate series are back! RSA Minimates are super-short, information-packed animations for busy people. All audio excerpts are taken from live, FREE events at the RSA’s HQ in London, and animated by Cognitive. This animation was produced by RSA Senior Events and Animations Producer, Abi Stephenson.
Find out more in Michael’s RSA talk here: https://youtu.be/LCZhA-_1n4E

A corner store cashier claims people’s money is counterfeit, so he shreds it and returns the remains to them. JFL British Edition is a presentation of JustForLaughsTV, the official Just For Laughs Gags YouTube channel. Home of the funniest, greatest, most amazing, most hilarious, win filled, comedy galore, hidden camera pranks in the world!