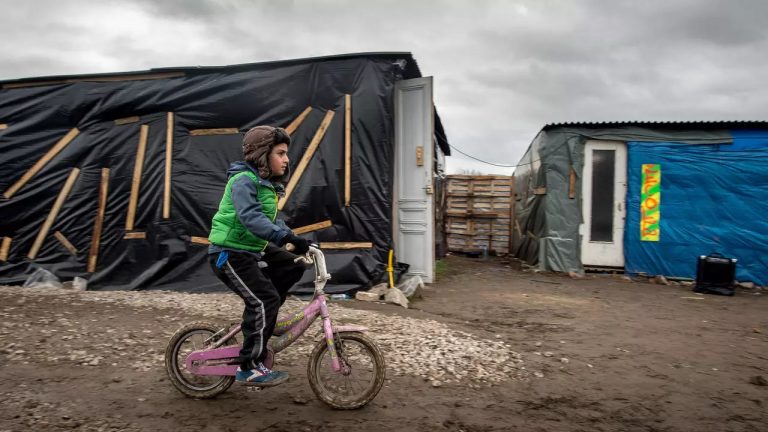 1 Forced into prostitution: To hell and back | DW Reporter

DW News
More Reporter: http://www.dw.com/en/program/reporter…
Camilla from Nigeria wanted a better life in Europe – but people traffickers forced her to work as a prostitute for their profit. After seven years she was discovered by the police and deported. Back home, it’s been a big struggle returning to normality.

2 The Dark Underworld of Sex Trafficking in Holland

“Know the Signs – Emma’s Story” is a victims perspective of Child Sexual Exploitation.

This video was originally released in four short parts and published online over four separate days. Each section of the video showing changes in the victims appearance and behaviour.

• I was just hanging around at the park with my friends when I met Dave.
• I’d seen him driving around a few times, he was really good looking.
• I couldn’t believe it when he came over to talk to me.
• He offered to take me for a drive in his car, said it was cooler than hanging around the park with my friends all night.
• We had a laugh and got on really well. He said I was different to all the other girls he knew.

• He started to turn up every night, he’d take me out in his car, he’d go for pizza or we’d just sit and chat.
• Dave was so generous, he was always buying me presents like a top up for my phone, he said he wanted to make sure I could always ring him if I needed to.
• My friends were really jealous, I started hanging round with them less and less, because I had so much more fun with Dave.
• He’d text me and email me all the time, he was really interested in what I was doing and who I was with.
• My mum was being really nosey, she was always wondering who I was texting and why I was on the internet so much. She was so over overprotective, having a go at me just because I was a bit late home.
• I really liked Dave, he really understood me, and he was always buying me new things, new clothes and jewellery.
• My mum said I was acting different, but I just thought I was a bit more grown up.
• Dave liked me to dress a certain way but I didn’t mind, I just liked to keep him happy.

• He took me to really cool parties with all his friends, they were all really nice and I had a really good time.
• Dave even gave me beer and vodka, but he said it didn’t matter, he said I was mature for my age. He said it would make me have a better time.
• My parents used to go mad that I didn’t come home until the next morning but I didn’t care, I wanted to spend all my time with Dave.
• Sometimes I’d stay at Dave’s for a few days, we’d just hang around his flat, my mum even reported me missing to the police once but I thought she was just over-reacting.

• But after a while things started to change. Dave started to get really jealous if I spoke to anyone else or wanted to see my friends.
• He said they didn’t understand me like he did and that they didn’t really want to spend time with me.
• But he bought me a brand new phone, but only he had the new number and he kept my old sim card.
• I thought because he loved me so much that he wanted me all to himself.
• But one day Dave asked me to do something, he said he owed his friend some money but if I was nice to this friend he would let him off.
• I wasn’t sure what he meant but something just didn’t seem right.
• Then I realised he wanted me to have sex with him, I didn’t want to, but Dave said it would be ok.
• He said it would really help him out, and I just wanted to make him happy.
• It was awful, I just cried and cried and was so relieved when it was over.

• But it didn’t stop there, Dave changed he became really aggressive and I was scared that he would hurt me so I just did what he said.
• I had to drink to block out what was happening.
• I just didn’t know what to do.
• Dave said there would be no point telling anyone because they wouldn’t believe me and he said I would get in trouble for making things up.
• Things just got worse and worse, I felt so worthless and alone.
• Dave started getting violent and even punched me in the face, when I asked why he was being like this.
• I couldn’t believe that someone that I thought loved me could turn into a monster and treat me like this.
• Look I didn’t want to go to the police, I was scared they would say it was my fault and I was so scared what Dave would do if he found out , but my Mum called them for me.
• The next day an officer came to my house, she was really nice. She didn’t judge me and was really understanding. She told me none this was my fault, I that I was a victim of child sexual exploitation and they would help me.
• My mum felt really bad that she hadn’t realised what was happening, she said she knew something wasn’t right but she never imagined things could be as bad as they were.

60 Minutes Australia
Chances are you will find this story incredibly hard to believe. It’s confronting and confounding, but it really happened. Raised in middle-class Sydney, Katie Lang’s future was almost assured – exciting and prosperous. But her big mistake was to fall in love with the wrong man. Katie thought Damion Baston wanted to be her boyfriend. What he really wanted was to be her pimp. He used violence to control her, turning her into a sex slave and trafficking her around the world. But what this monster didn’t anticipate was Katie’s strength, and when she was finally able to escape his abuse, she set about plotting her revenge.
Taken (2016)
For forty years, 60 Minutes have been telling Australians the world’s greatest stories. Tales that changed history, our nation and our lives. Reporters Liz Hayes, Allison Langdon, Tara Brown, Charles Wooley, Liam Bartlett and Sarah Abo look past the headlines because there is always a bigger picture. Sundays are for 60 Minutes.