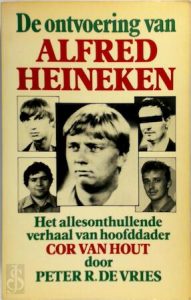 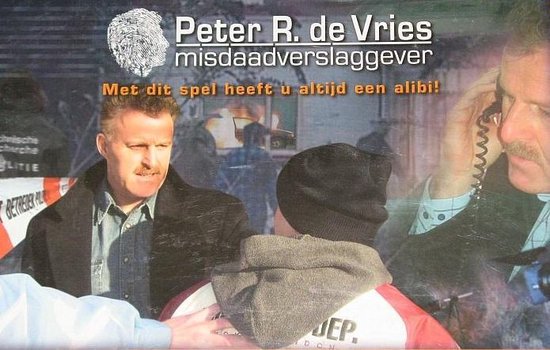 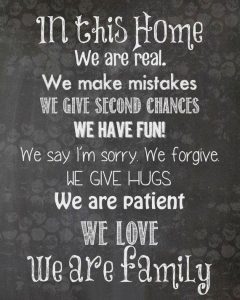 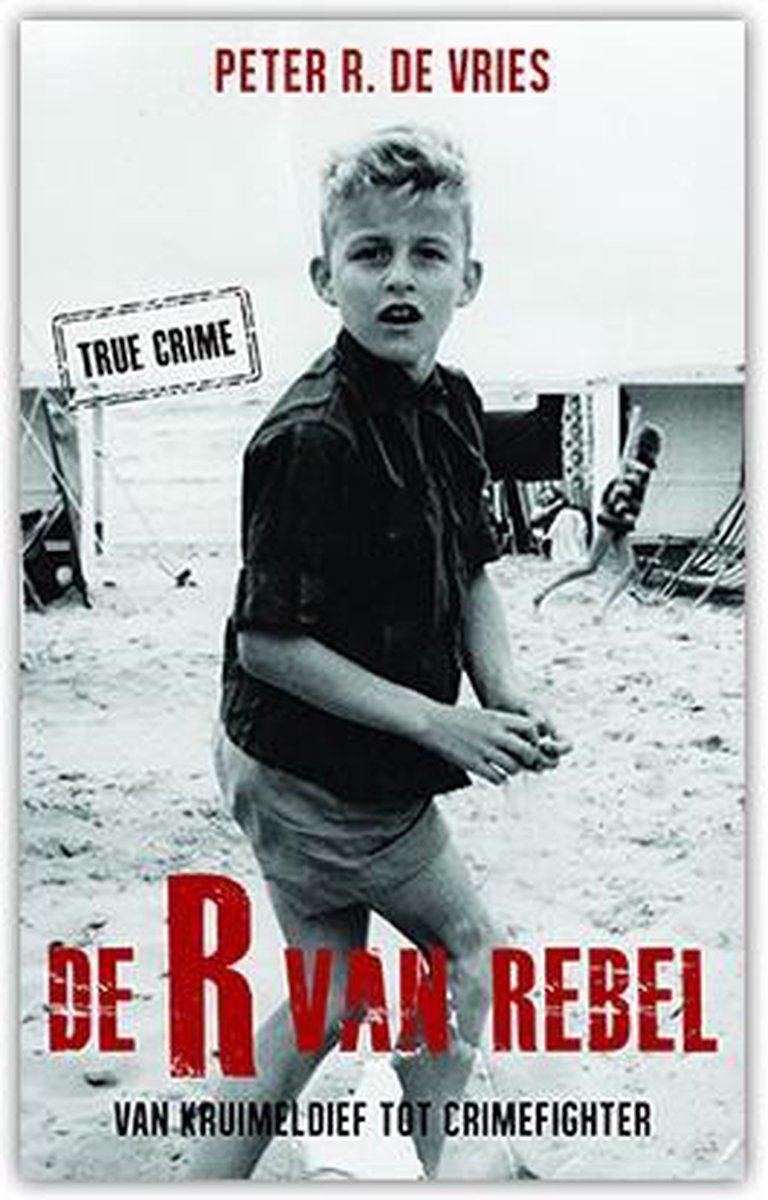 His reporting has helped solve more than a dozen murder cases as well as numerous other crimes. He sensationally tracked down the last of Alfred Heineken’s kidnappers in Paraguay in 1994, leading to his conviction.

In 2008 he was awarded an International Emmy for his coverage of the notorious Natalee Holloway murder case – which led to it being solved.

18 Trauma doctor recalls when JFK was rushed to Parkland Hospital

CBS Evening News
Red Duke was a fourth-year surgery resident at Parkland Hospital the day President John F. Kennedy and Texas Gov. Connally were shot and rushed to that hospital. Upon their arrival, Duke says, “It didn’t take long to appreciate the gravity of the situation.” Jeff Glor reports.

19 Dorothy Kilgallen: The Reporter Who Knew Too Much

Back to menu
Readmore

AllenCityTV
Author and former criminal defense attorney, Mark Shaw, speaks about his book “The Reporter Who Knew Too Much” and its follow-up, “Denial of Justice.” Each chronicle not only his 12 years of research but most importantly, the life and times and mysterious death of What’s My Line? TV star and crack investigative reporter Dorothy Kilgallen and her 18-month investigation of the Dallas tragedies which included being the only reporter to interview Jack Ruby at his trial. Shaw also discusses his controversial exposure of the most important JFK assassination documents in history, the Jack Ruby trial transcripts.

Order a copy of Five Presidents http://amzn.to/2mpDpzK by Clint Hill with Lisa McCubbin. This is an interview with Clint Hill, the main Secret Service Agent for Jacqueline Kennedy. In this interview, PBD asks some controversial questions and we are guided through some behind the scene events in U.S history while Clint recollects his service with Five U.S Presidents.

About Mr. Hill: Clinton J. “Clint” Hill is a former United States Secret Service agent who was in the presidential motorcade during the assassination of John F. Kennedy on November 22, 1963, in Dallas, Texas.

Events Following The JFK Assassination – a snippet about JFK from Patrick Bet-David’s interview with Jim Jenkins. November 22, 1963 marks the 56th anniversary of the assassination of President John F. Kennedy. These short clips are all opinions and part of the story that connects what really happened that day. You can comment your thoughts below.

About James “Jim” C. Jenkins: James Curtis Jenkins was born in 1943. After enlisting in the United States Navy won a place at the Medical Technology School that was part of Bethesda Naval Hospital. He attended classes from 7.30 am to 5.00 pm and work duty from 5.00 pm to 6.00 am the next day. Jenkins was assigned to the pathology department. When John F. Kennedy was assassinated on 22nd November, 1963, his body was taken to Bethesda. Along with fellow student, Paul K. O’Connor was asked to assist Joseph Humes, Thornton Boswell and Pierre Finck in the autopsy of Kennedy.

JFK: John Fitzgerald Kennedy, often referred to by the initials JFK and Jack, was an American politician who served as the 35th president of the United States from January 1961 until his assassination in November 1963.

FRONTLINE PBS | Official
An investigative biography of Lee Harvey Oswald, the man at the center of the political crime of the 20th century, the assassination of JFK. (This version aired 2013. Original broadcast 1993.)
This journalism is made possible by viewers like you. Support your local PBS station here: http://www.pbs.org/donate​.
The two-hour documentary special traces Lee Harvey Oswald’s life from his boyhood to that fateful day in Dallas on Nov. 22, 1963, posing a number of questions: Was Oswald the emotionally disturbed “lone gunman”? Was he one of two gunmen that day in Dallas? Or was he an unwitting scapegoat for the real assassins?

The Secret History of the Kennedy Assassination

National Constitution Center
As the 50th anniversary of President John F. Kennedy’s assassination approaches, persistent questions still remain. Bestselling author and former New York Times reporter Philip Shenon addresses those questions and more in his newest book A Cruel and Shocking Act: The Secret History of the Kennedy Assassination.
Based on hundreds of interviews and unprecedented access to the surviving commission staffers, Shenon concludes that senior officials of the U.S. government, especially at the CIA, destroyed evidence and lied about the assassination and the events that led up to it.
Chris Mondics of The Philadelphia Inquirer moderates this discussion with Shenon on November 18, 2013 at the National Constitution Center.

For thousands of Australians every year Canada is a wonderful place to visit. It’s not only spectacular but also one of the friendliest and safest countries on earth. However, four weeks ago something awful happened there. A young Australian tourist, Lucas Fowler, and his American girlfriend, Chynna Deese, were murdered. Days later a Canadian university professor was also killed. The attacks were random, unprovoked acts of violence, but the Royal Canadian Mounted Police quickly linked the crimes. Disturbingly it seems the perpetrators were two teenage boys who then went on the run, becoming Canada’s most wanted fugitives. On Thursday they were finally found, dead. For the last two weeks Sarah Abo has been the only reporter to spend time with the distressed father of one of the boys. Abo and her team were with Alan Schmegelsky as heavily armed police and soldiers scoured Canada looking for his 18-year-old son, Bryer. She also spoke with him in the moments after he found out Bryer was dead. In an extraordinary series of interviews Mr Schmegelsky tries to explain the circumstances that may have led his child down a path of evil.

It was one of Australia’s most shocking crimes. A devious and cruel criminal constructs and sends a parcel bomb to a beautiful Sydney centrefold model. But the package misses its target and explodes instead in the face of her body-building boyfriend who suffers terrible injuries. Police are clueless until a tip-off points the finger of suspicion at an Aussie TV star, Roberto de Heredia. But before the case can get to court de Heredia stages his own death and does a runner. He flees overseas and it’s 17 years before he is caught and dragged back before a judge. Then another twist: at his trial the defendant with the killer good looks convinces the jury he’s no would-be murderer. Having been acquitted of the crime, Roberto de Heredia now wants Australia to know why he’s innocent.

Jaila Gladden was on a late-night trip to the supermarket when a man with a knife forced her into a car. On Megyn Kelly TODAY, she is joined by her boyfriend, Tamir Bryant, as she recounts her terrifying ordeal and explains how she escaped with the help of her smartphone and some quick thinking.

33 The Hand in the Trunk

Next page A heinous miscalculation of reality More