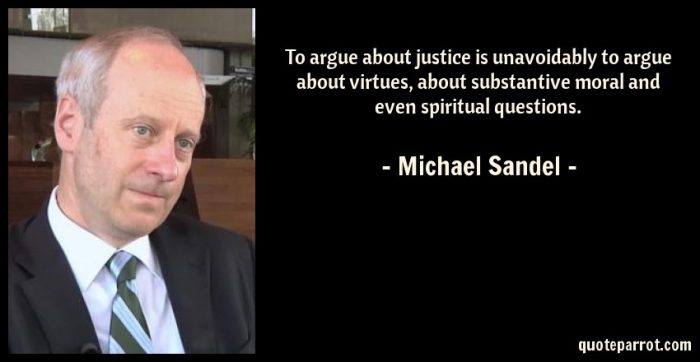 A common law rule (sometimes called due process) requiring a procedurally fair hearing and an unbiased decision in government and some private decision-making.

The very nature of binding justice

Injustice is first of all the impact it has.
It is a deciding moment for the rest of your life.

It is the worst thing that you can experience.
Only then, at that moment you can feel what is happening.

Injustice is a feeling impossible to put into words.

There has to be a balance in the decision making – a fair procedure – to avoid possible mistakes.

At Al Jazeera English, we focus on people and events that affect people’s lives. We bring topics to light that often go under-reported, listening to all sides of the story and giving a ‘voice to the voiceless.’

Reaching more than 270 million households in over 140 countries across the globe, our viewers trust Al Jazeera English to keep them informed, inspired, and entertained. Our impartial, fact-based reporting wins worldwide praise and respect. It is our unique brand of journalism that the world has come to rely on. We are reshaping global media and constantly working to strengthen our reputation as one of the world’s most respected news and current affairs channels.

What is justice,
What is right and what is wrong and
How it is connected to the concept of freedom.

Go to chapter annotations2
What is justice?
00 min 31 s 2 annotations

Go to chapter annotations3
Is justice the same wherever you go in the world?
00 min 40 s 1 annotations

Go to chapter annotations4
Do we have an intuitive sense of what’s right and what’s wrong?
00 min 50 s 0 annotations

Go to chapter annotations9
Does Sandel see the potential for poor people in America to rise up?
02 min 54 s 6 annotations

Go to chapter annotations11
Sandel’s judgement on the American policy in the world after 9/11?
04 min 10 s 0 annotations

Michael I travel all over the world now and I am keenly sensitive to issues of poverty inequality in my life.

Well this is one of the biggest questions of justice

NPR
Two Mississippi men spent a combined 30 years in prison for crimes they didn’t commit. They were separately charged with sexually assaulting and murdering two 3-year-old girls — in two separate crimes — two years apart. The pathologist who conducted both autopsies said he suspected the girls had been bitten. They were innocent.

Just For Laughs Gags
The police have a new weapon to stop law breakers – a huge ass rocket launcher! It makes stuff explode in a huge ball of fire, and the cops are not scared to use it!