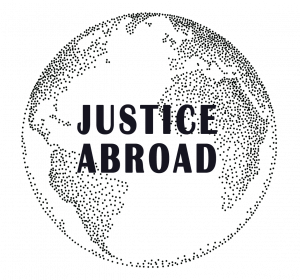 Gepubliceerd op 23 nov. 2016
JUSTICE – What’s the right thing to do ?
My PLAYLIST
https://www.youtube.com/playlist?list…

PART ONE: A LESSON IN LYING
Immanuel Kant’s stringent theory of morality allows for no exceptions. Kant believed that telling a lie, even a white lie, is a violation of one’s own dignity. Professor Sandel asks students to test Kant’s theory with this hypothetical case: if your friend were hiding inside your home, and a person intent on killing your friend came to your door and asked you where he was, would it be wrong to tell a lie? If so, would it be moral to try to mislead the murderer without actually lying? This leads to a discussion of the morality of “misleading truths.” Sandel wraps up the lecture with a video clip of one of the most famous, recent examples of dodging the truth: President Clinton talking about his relationship with Monica Lewinsky.

JUSTICE: What is the Right thing to do ? ( LINKS BELOW ) Ethics – Sandel explains links between Teleological reasoning and reasoning about the purposes of honoring virtue. Episode 10a – Lecture 20 – The Good Citizen – Aristotle’s Virtue Episode 10b – Lecture 21 – FREEDOM vs FIT ? LINK https://youtu.be/MuiazbyOSqQ 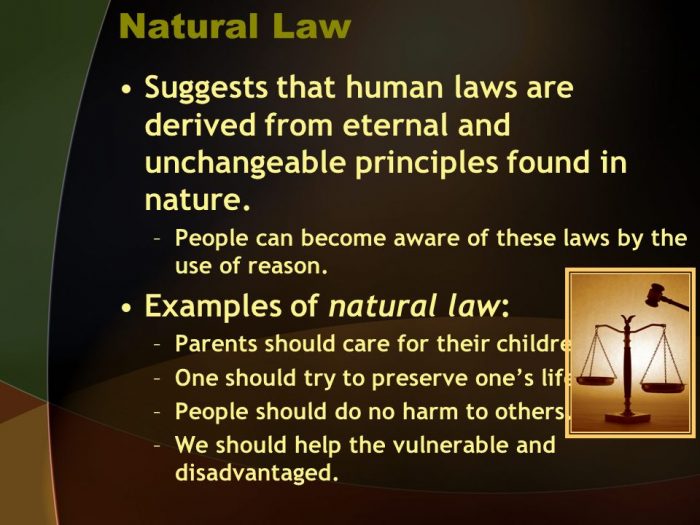 3 – Michael Sandel – Justice: What’s the right thing to do?

Justice: Whats the right thing to do? Michael Sandel visits the RSA to argue for a new commitment to citizenship and the common good.
Minute 16

5 – GO TO: justiceharvard.org for JUSTICE: What’s The Right Thing To Do? — Excerpt Ep 3

VISIT: justiceharvard.org for more. In the 3rd episode of Harvard’s popular Justice course, Professor Michael Sandel uses humor to describe the fortune of Bill Gates before launching into a classroom debate about the morality of of redistributive justice.

6 – GO TO: justiceharvard.org for more JUSTICE: What’s The Right Thing To Do? — Excerpt Ep 5

VISIT justiceharvard.org — In the 5th episode of Harvard’s popular Justice course, Professor Michael Sandel and students debate the nature of informed consent as it relates to the contemporary issue of surrogate motherhood. The discussion centers on the legal battle in the mid-eighties — the case of “Baby M” — that raised the question “who owns a baby?”

HARVARD YOUTUBE PLAYLIST https://www.youtube.com/playlist?list…
PART ONE: PUTTING A PRICE TAG ON LIFE https://youtu.be/0O2Rq4HJBxw
Today, companies and governments often use Jeremy Bentham’s utilitarian logic under the name of “cost-benefit analysis.” Sandel presents some contemporary cases in which cost-benefit analysis was used to put a dollar value on human life. The cases give rise to several objections to the utilitarian logic of seeking “the greatest good for the greatest number.” Should we always give more weight to the happiness of a majority, even if the majority is cruel or ignoble? Is it possible to sum up and compare all values using a common measure like money?

Political philosopher Michael Sandel argues that free market economics have affected American perceptions of ethics, morality, and value. By emphasizing the monetary value of human goods, says Sandel, Americans may be moving away from notions of emotional and social worth.

Help us caption and translate this video on Amara.org: http://www.amara.org/en/v/tLx/
While most of our everyday transactions are driven by the marketplace, are there some things money shouldn’t be able to buy — a spot in line, maybe a human life? As part of his Making Sen$e of financial news series, Paul Solman speaks with Harvard professor Michael Sandel about his new book, “What Money Can’t Buy.”

Gepubliceerd op 22 aug. 2016
From the 2011 Aspen Ideas Festival: Another installment of Michael Sandel’s popular interactive session on ethical dilemmas drawn from the headlines: Suppose torturing a terrorist did help the US find Osama bin Laden—would it be justified? Is it possible to have reasoned public debate across cultures?

Michael J. Sandel is the Anne T. and Robert M. Bass Professor of Government at Harvard University, where he has taught political philosophy since 1980. His latest book is What Money Can’t Buy: The Moral Limits of Markets. Sandel’s other books include Justice: What’s the Right Thing to Do? and Liberalism and the Limits of Justice, among others. His work has been translated into 19 foreign languages. In 2010, China Newsweek named him the most influential foreign figure of the year in China. In 2009, Sandel delivered the prestigious BBC Reith Lectures, broadcast in the United Kingdom and worldwide on the BBC World Service. In the United States, Sandel has served on the President’s Council on Bioethics and is a member of the American Academy of Arts and Sciences; he is also on the Council on Foreign Relations.

To register for the 2015 course, visit https://www.edx.org/course/justice-ha….
Should parents be able to “design” their children based on genetic preferences? What are the dangers of turning children into commodities and childbearing into an extension of the consumer society? From a lecture at the Centre of Contemporary Culture of Barcelona, as edited for broadcast on Spanish television (Soy Camara).

To register for the 2015 course, visit https://www.edx.org/course/justice-ha….
Should celebrities and sports stars be paid more than service workers? Is fair pay determined by supply and demand? In this excerpt from the BBC program “Fairness and the Big Society,” Sandel uses the pay of a famous soccer star to explore the meaning of fairness with a London studio audience.

To register for the 2015 course, visit https://www.edx.org/course/justice-ha….
Is it always right to sacrifice one life to save five? Is morality always about numbers? An excerpt of Sandel’s Harvard Justice lecture, with animation added by Soy Camara (Centre of Contemporary Culture of Barcelona)

To register for the 2015 course, visit https://www.edx.org/course/justice-ha….
Is torture ever justified? What if innocent lives are at stake? This excerpt from the BBC documentary “Justice: A Citizen’s Guide to the 21st Century” examines the debate between Kantians and utilitarians on human dignity.

Back to menu
Readd more

My PLAYLIST https://www.youtube.com/playlist?list…
HARVARD PLAYLIST https://www.youtube.com/playlist?list…
Episode 8 Part 2 https://youtu.be/VcL66zx_6No
Professor Sandel recaps how income, wealth, and opportunities in life should be distributed, according to the three different theories raised so far in class. He summarizes libertarianism, the meritocratic system, and John Rawls’s egalitarian theory. Sandel then launches a discussion of the fairness of pay differentials in modern society. He compares the salary of former Supreme Court Justice Sandra Day O’Connor ($200,000) with the salary of television’s Judge Judy ($25 million). Sandel asks, is this fair? According to John Rawls, it is not. Rawls argues that an individual’s personal success is often a function of morally arbitrary facts—luck, genes, and family circumstances—for which he or she can claim no credit. Those at the bottom are no less worthy simply because they weren’t born with the talents a particular society rewards, Rawls argues, and the only just way to deal with society’s inequalities is for the naturally advantaged to share their wealth with those less fortunate.

Speaker: Michael Sandel, Anne T. and Robert M. Bass Professor of Government, Faculty of Arts and Sciences, Harvard University
Discussant: Bridget Terry Long, dean and Saris Professor of Education and Economics, HGSE
Harvard political philosopher Michael Sandel has been reinventing civic education for a global age. Described as a “rock-star moralist” (Newsweek) and “the most famous teacher of philosophy in the world” (New Republic), Sandel has pioneered the use of new technologies to create platforms for global public discourse. His legendary course “Justice” was the first Harvard course to be made freely available online and has been viewed by tens of millions around the world. His BBC series The Global Philosopher convenes video-linked discussions with participants from over 40 countries on issues such as immigration and climate change. Sandel will join HGSE Dean Bridget Terry Long for a conversation about his efforts to reimagine civic education and public discourse in fractious times.

Critical Thinks – BACK STAGE
MY PLAYLIST (Single Lectures)
Harvard’s PLAYLIST (Double Lectures) https://www.youtube.com/playlist?list… Episode Eleven –
PART TWO: WHERE OUR LOYALTY LIES https://youtu.be/iOotE9_OGGs
Professor Sandel leads a discussion about the arguments for and against obligations of solidarity and membership. Do we owe more to our fellow citizens that to citizens of other countries? Is patriotism a virtue, or a prejudice for one’s own kind? If our identities are defined by the particular communities we inhabit, what becomes of universal human rights? Using various scenarios, students debate whether or not obligations of loyalty can ever outweigh universal duties of justice.

On the 100th episode of Stay Tuned, “What is Justice?,” host Preet Bharara answers your questions about:

— “Blinded by the Light,” the new movie about a young Pakistani boy’s love of Bruce Springsteen

— Advice for new law students, plus an anecdote from Preet about his time in Law School

To commemorate the milestone, this episode is all about justice and what it means. It is fitting that Michael Sandel is the guest. A world-renowned political philosopher, author, and professor at Harvard University, Sandel spent his career thinking, writing, and speaking about justice. And we resurface voices from the Stay Tuned archive for a look at the way past guests think about justice.

Sign up to receive free references and supplemental materials for Stay Tuned episodes, a weekly newsletter, and updates from Preet.

A girl asks people to watch her baby while she goes to the restaurant and has a good meal with her husband. A good daycare is so hard to find, this method is much easier – and cheaper.

JFL British Edition is a presentation of JustForLaughsTV, the official Just For Laughs Gags YouTube channel. Home of the funniest, greatest, most amazing, most hilarious, win filled, comedy galore, hidden camera pranks in the world!