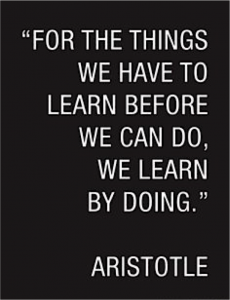 Prof. Michael J Sandel, the Anne T. and Robert M. Bass Professor of Government at Harvard University, as a part of his Justice Lecture Series, addresses a public audience at the Nehru Centre in Mumbai

3 Economics and Societal Values and Beliefs – The Body Market

This is extracted from a video at this link: The Body Market | EPISODE 2 | What Money Can’t Buy with Michael Sandel

6 What’s the Right Thing to Do? – Inkomensongelijkheid

8 What is philosophy’s place in modern life?

Political philosophy has to be engaged in life. Question: What is philosophy’s place in modern life?

9 Has science undermined the place of philosophy?

Michael Sandel discusses the idea of the prestige of rigor and the relationship between philosophy and science.

Harvard University Professor of Government Michael Sandel explains classical Aristotelian notions of “justice,” by examining them in the context of the modern issue of same-sex marriage.

In it, he analyzes the meaning of justice in the modern world. – 2008 Aspen Ideas Festival

Philosopher Michael Sandel talks about the republican conception of freedom, which he characterizes as one that emphasizes the importance of citizens sharing in self-government. Professor Sandel adds that this notion of freedom also emphasizes that participating in self-government requires that people share a sufficiently common life that it is possible to deliberate and debate about what constitutes the common good.
Back to menu

To understand the rise of populism we need to engage and care about questions as dignity of work, uncriticized financialization of market driven economy, growing inequality, missing solidarity and the fear of immigration, says Michael Sandel: we need to disentangle the legitimate grievance underlying the populist revolt from its ugly sentiments and engage it seriously.

13 Michael Sandel: Populism, Trump, and the Future of Democracy

PLEASE NOTE: THIS VIDEO IS AUDIO ONLY. Like the triumph of Brexit in the UK, the election of Donald Trump was an angry verdict on decades of rising inequality and a version of globalization that benefits those at the top but leaves ordinary people feeling disempowered. In this lecture, renowned philosopher Michael Sandel argues that before mainstream parties can hope to win back public support, they should learn from the populist protest that has displaced them—not by replicating its xenophobia and strident nationalism, but by taking seriously the legitimate grievances with which these ugly sentiments are entangled. These grievances are not only economic but also moral and cultural; they are not only about wages and jobs but also about social esteem.

On the Potomac Productions presents “Believe: The Barack Obama Story.” DVDs of the film available at OTPVideo.com or 202-898-0899.
Highlights of the acclaimed documentary featuring interviews with President Obama, First Lady Michelle Obama and those who have known him from his early childhood to those involved in his historic political career, with filming across the nation including Hawaii, Chicago and Washington, DC.

The Choice, Part II, Barack Obama. A biography of the 2008 Democratic presidential nominee written and reported by Jim Heath.

18 Barack Obama – Dreams from My Father: A Story of Race and Inheritance

20 Victims Find Out Their Partners Are FBI Agents

Just For Laughs Gags
We don’t want to attack anyone, but how in love can you be if you didn’t realize your partner worked for The Bureau?
Welcome to the world-famous Just for Laughs Gags, we’ve been playing silly pranks on unsuspecting people in public and capturing hilarious reactions with hidden cameras.
Back to menu