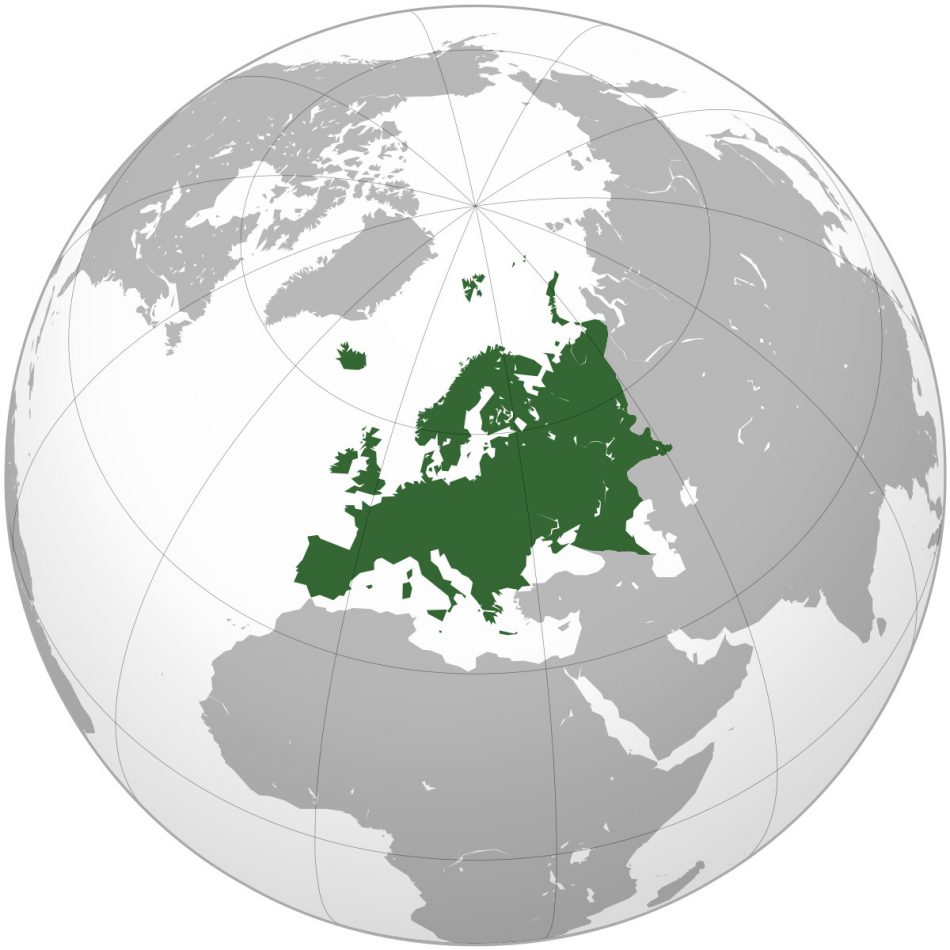 TEDx Talks
We are living in difficult and dangerous times. Democracies are not self-evident anymore.
“Each for oneself”, that seems to be the spirit nowadays. The European Union is the opposite; it stands for “stronger together”. Something we must cherish.

Elected as the first full-time President of the European Council in November 2009, Herman Van Rompuy took office when the Lisbon Treaty became effective on 1 December 2009. In 2012, he was re-elected for a second (and last) term.

At the time of his first election, Herman Van Rompuy was Prime Minister of Belgium.

A former economist at the National Bank of Belgium, Herman Van Rompuy began his political career in 1973 as national vice-president of his party’s youth movement. He was president of the Flemish Christian Democrats (1988-1993). He served in the Belgian Parliament, in turn as Senator (1988-1995) and Member of Parliament (1995-2009).

He is now professor at the universities of Leuven (Louvain), the College of Europe in Brussels and Sciences Po in Paris and he is the President of the European Policy Centre.

EURACTIV
MEP and UKIP leader Nigel Farage on Wednesday delivered another major tirade against EU President Herman van Rompuy and, along the way, severely insulted Belgium and Greece during a plenary debate in the European Parliament. Farage said Van Rompuy has the “charisma of a damp rag” and the appearance of a “low-grade bank clark.” 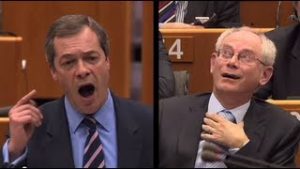 The sooner you’re put out to grass, the better.

From War to Peace: A European Tale

Council of the EU
Extracts from the Nobel lecture 2012 by Herman Van Rompuy, President of the European Council, on 10 December 2012 in Oslo.
The 2012 Nobel Peace Prize® was awarded to the European Union.

EURACTIV
EU Council President Herman van Rompuy says he holds Nigel Farage in contempt for the tirade against him during the first-ever official appearance of the EU president in the parliament.

We have taken special measures to save financial institutions, not because we love them but without them there is no economy. We led a smart monetary policy, we’ve injected liquidity into the economy which was not done 70 years ago. For at least 16 countries we’ve created despite all the problems a zone of monetary stability, and in the 1930s there were competitive devaluation; We don’t have those now.

We saved our internal market. It is not perfect, we need to deepen it and Mr Monti will make us concrete proposals, but we did not fall into protectionism as in the 30s.

It is thanks to the EU that the G20 was born; We took the initiative to create this embryo of world governance. It is the first time that old and new powers joined to fight the crisis.

We should not always put the EU on the defensive mode; there are also good things that happened.

We need some important reforms at EU and National levels which will include budgetary choices.

If we say we need more in Research and Development, well then we should forecast those in National budgets and in the EU financial perspectives. This requests budgetary choices, another consequence of the Lisbon Strategy is that all that we proposed as objectives are not always regarded as soft ones, it could well be, hard objectives and there will come a difficult time, there is a demand for reform and there is implementation of the reforms.

At EU level people demand hard measures and you go back to your country I see few results from all that so we need a consistent position.

The method is not all . method only without political commitment is worthless.

For the economic strategy, it is very well to hear that we need binding measures yes ok but…

The Lisbon treaty on the economic guidelines does not make provisions for that…it does not include penalties or negative measures when its a matter of implementing the guidelines Have a closer look at article 121.

One word on Greece. I believe that the right message was sent, one of responsibility of the Greek Government who has to manage a very difficult situation, one it has inherited.

If the present measures are not enough to reach a reduction of 4% of the deficit in 2010 we will take extra measures, we committed to more monitoring not only following initiative of the European Commission but also the ECB and the World Monetary Fund expertise; so we have very well defined responsibility, there is also if necessary an element of solidarity.

The European Union is one of Europe’s greatest successes, not only because it has brought peace for over 70 years, but prosperity for many people on the continent.

In this talk about Europe and ideals, he explores the main challenges ahead to build on the values the European project holds.

As a lifetime politician, Herman has been at the forefront of driving our society forward, slowly but steadily.

During the financial crisis of 2008, he led Belgium – one of the most culturally complex countries on the face of the planet – to safer waters.

As the “president of Europe”’, 7 years later with the Greek debt crisis, he did the same thing again with the European Union.

Apart from a politician, Herman is also a thinker and creative author, you may know him from his famous haiku’s or his politically oriented books.

LBC
Nigel Farage’s final speech at the EU ended very dramatically when he was cut off for ‘disobeying the rules’ ahead of the Brexit withdrawal agreement vote.

Just For Laughs Gags
Hey! Hands of the merchandise! These chickens work HARD to maintain their bods post-mortem.
A presentation of JustForLaughsTV, the official Just For Laughs Gags YouTube channel. Home of the funniest, greatest, most amazing, most hilarious, win filled, comedy galore, hidden camera pranks in the world!