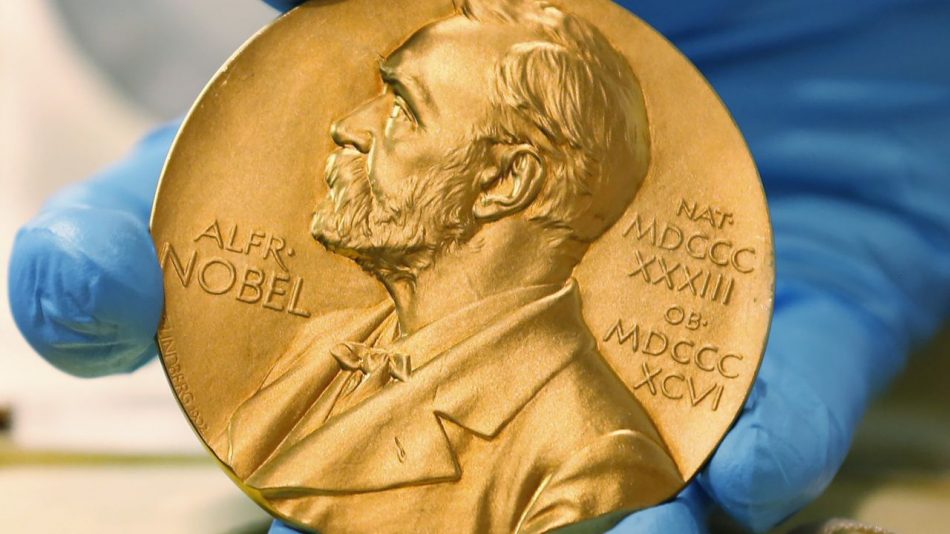 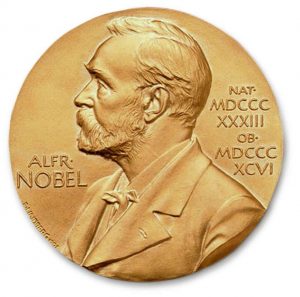 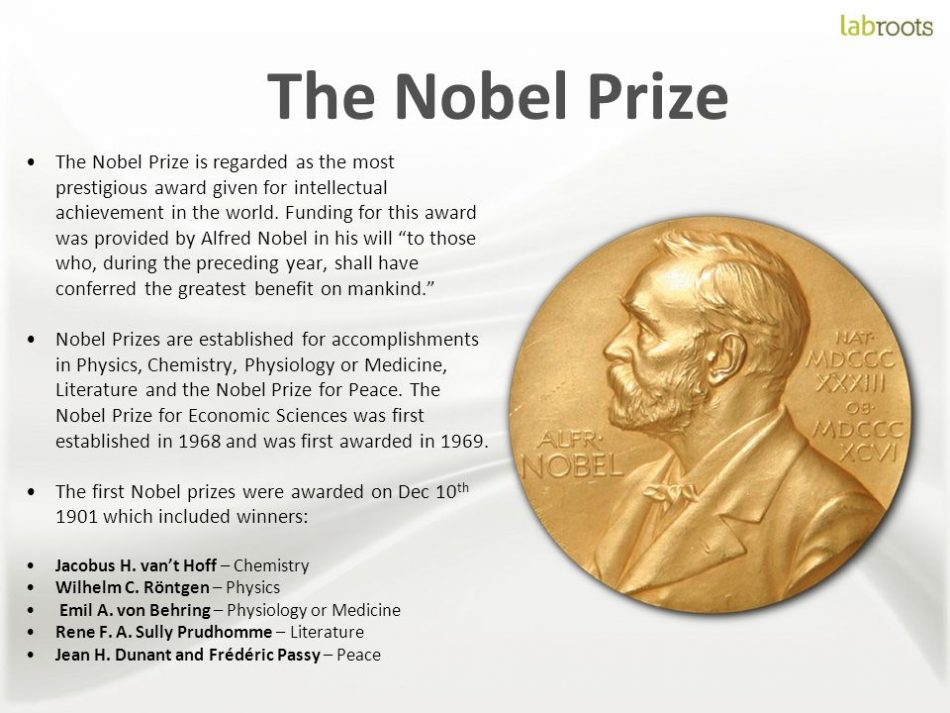 English Speeches
Learn English with Malala in her speech at Nobel Peace Prize in Oslo 2014. Malala Yousafzai, 17, is the first Pakistani, and youngest ever recipient of the Nobel Peace Prize – Watch with big English subtitles.

HARDtalk speaks to the joint winners of the 2014 Nobel Peace prize, Malala Yousafzai.and Kailash Satyarthi.The judges awarded them the prize in recognition of their ‘struggle against the suppression of children and young people and for the right of all children to education’.

8 The Price of Free

SoulPancake
Follow the thrilling story of Nobel Peace Laureate Kailash Satyarthi’s journey to liberate every child from slavery. THE PRICE OF FREE follows Satyarthi and his team of activists around the world on secret raid and rescue missions as they hunt for missing children and work to reunite them with their families. Winner of the Grand Jury Prize, US Documentary, Sundance 2018.
To learn more visit https://bit.ly/2QJCTZz

Goalcast
✪ Nobel Peace Prize Winner Kailash Satyarthi has dedicated his life to ending child trafficking in India. Despite getting attacked and beaten on many occasions, Kailash remains relentless in his mission. He’s freed over 87,000 children from horrific slave-like conditions, but he couldn’t save the one person who mattered most… Why will Kailash forever carry the burden of that fateful day? And why does he continue to risk his life to end child labour?
🌟 ABOUT US! 🌟 Welcome to the official Goalcast YouTube channel! We want to inspire the world to reach their dreams. On this channel, you’ll find a variety of content including inspirational videos, motivational speeches, short documentaries and more. Make sure to subscribe and enable ALL notifications!

BLOG on SLXLEARNING : Unforgettable – A Davos moment with Kailash Satyarthi
– by Satyadeep Rajan

‘Davos moments’ as the regulars call them, are when somethings unexpected and big happen to you – meeting a personal hero, or saving a head of state from slipping on the ice. As Davos week winds down, the ritual is to exchange one’s Davos moments with others over drinks. Just as I thought this year would go by without a Davos moment, the moment came. And it was, literally, the best ever!

As this was not my first Davos experience, I had grown accustomed to the usual noise on the global economy and the need for greater partnerships and the PR announcements to kick off ambitious projects aimed at ‘improving the state of the world’. The usual media frenzy regularly came up with headlines like « Global elite descend on Davos », “Global economy at risk due to climate change” and so on like it was really “news”. Very few of the news media usually show up at the World Economic Forum Open Forum, which is open to public at the local school auditorium. Most don’t know it even exists! Emotionally intense moments that move you to tears are not what I had come to expect at Davos.

My team and I from Swiss Learning Exchange had decided to attend the WEF’s Open Forum session – The Price of Free. The session details said: Join Nobel Peace Prize Laureate Kailash Satyarthi in a special screening of the documentary, The Price of Free, portraying his fight against child slavery in his home country of India and now around the world.

I started Swiss Learning Exchange to do our part in helping people cope with the fast-changing world around us. I could potentially have watched it later and instead headed out to network at the many private events and parties all around Davos. After the first couple of minutes, I was completely spellbound, as was the rest of the audience, riveted to Satyarthi’s amazing story.

After the screening, as Kailash Satyarthi walked on to the stage, what followed was nothing short of extraordinary. Hands were raised, slogans were shouted and tears were rolling in a packed audience of Swiss people – old and young – as the Indian Nobel Peace Laureate’s story touched not only their minds but the hearts of everyone in the local alpine school auditorium. Regardless of which language the session was followed in, in English, French or German, everybody was inspired by his example and his call to action.

A Swiss teenager from the audience, Jakub, said “I would like to thank you for sharing the love, the power, the ambition.” Jakub got emotional and his voice quivered just a bit as he continued, “So great, what you did, where did you get this power and this ambition from, how did you survive all these bad things you have seen?”, to which Satyarthi responded:

“I draw the power from you. I am not a politician, am not religious leader, am not a monk, am as ordinary as any of you are. I count on the power of you. Be my friend, not my follower!”

But the real ‘Davos moment’ came as Satyarthi was leaving the room, and it was nothing short of a spiritual experience in the mountains. Another Swiss teenager, Jonas did what we all wanted to do – give Kailash Satyarthi a big heartfelt hug and thank him for his amazing work. As he hugged him, Jonas was overcome with emotion, an intense moment that we were lucky enough to capture on our cameras and phones.

Jonas allowed his pent up emotions to overflow in a spontaneous expression of love and compassion for Satyarthi’s cause. Jonas, I do not know who are you and how to reach you but if you watch this and if you are reading this, know that I shared your emotions as you hugged Kailash Satyarthi.

Watch the video. I would so love to meet you and talk to you.

SLX Davos Diary :
SLX Swiss Learning Exchange is an ed-tech startup in Switzerland that creates blended-learning programs on its platform and shares the spirit of inclusivity that engages youth and peer-learning which the Open Forum wants to achieve.

CGTN
Nobel Peace Prize winner Kailash Satyarthi has dedicated his entire life to ending child labor and child trafficking. 35 years ago, he set up the Bachpan Bachao Andolan (Save Childhood Movement) and has rescued over 85,000 children globally. CCTV’s Shraysi Tandon sat down with Satyarthi to discuss the issue of child labor and child trafficking.

TIMES NOW
Frankly Speaking with Rajnath Singh►http://bit.ly/1XZgmHK​
Kailash Satyarthi will be formally handed the Nobel Peace Prize on the 10th of December 2014. In his first interview a month before his visit to Oslo, Kailash Satyarthi has lashed out at politicians who have ignored the plight of children in the world’s largest democracy. In this episode of Frankly Speaking with TIMES NOW’s Editor-in-Chief Arnab Goswami, he speaks about his battle for child rights and the time when even a former Prime Minister threatened him indirectly. Social Media Links :-

14 Kailash Satyarthi: How to make peace? Get angry

TED
How did a young man born into a high caste in India come to free 83,000 children from slavery? Nobel Peace Prize Laureate Kailash Satyarthi offers a surprising piece of advice to anyone who wants to change the world for the better: Get angry at injustice. In this powerful talk, he shows how a lifetime of peace-making sprang from a lifetime of outrage.

TEDTalks is a daily video podcast of the best talks and performances from the TED Conference, where the world’s leading thinkers and doers give the talk of their lives in 18 minutes (or less). Look for talks on Technology, Entertainment and Design — plus science, business, global issues, the arts and much more. Find closed captions and translated subtitles in many languages at

SoulPancake
We asked high school students to watch the documentary The Price of Free, which addresses the horrors of child slavery and highlights the work of Kailash Satyarthi to end child slavery. Here’s what they had to say about it… Watch documentary film The Price of Free to learn about Kailash’s inspiring work to end child labor and exploitation worldwide. If you’d like to help support Kailash’s mission, click the blue donate button to give to his foundation

TED
Pakistani educator Ziauddin Yousafzai reminds the world of a simple truth that many don’t want to hear: Women and men deserve equal opportunities for education, autonomy, an independent identity. He tells stories from his own life and the life of his daughter, Malala, who was shot by the Taliban in 2012 simply for daring to go to school. “Why is my daughter so strong?” Yousafzai asks. “Because I didn’t clip her wings.”
TEDTalks is a daily video podcast of the best talks and performances from the TED Conference, where the world’s leading thinkers and doers give the talk of their lives in 18 minutes (or less). Look for talks on Technology, Entertainment and Design — plus science, business, global issues, the arts and much more.
Find closed captions and translated subtitles in many languages at http://www.ted.com/translate

Malala and Ziauddin Yousafzai talk to the Oxford Union.

ABOUT MALALA YOUSAFZAI:
Malala Yousafzai (born 12th July 1997) is a Pakistani school pupil and education activist from the town of Mingora in the Swat District of Pakistan’s northwestern Khyber Pakhtunkhwa province. She is known for her activism for rights to education and for women, especially in the Swat Valley, where the Taliban had at times banned girls from attending school. In early 2009, at the age of 11–12, Yousafzai wrote a blog under a pseudonym for the BBC detailing her life under Taliban rule, their attempts to take control of the valley, and her views on promoting education for girls. The following summer, a New York Times documentary was filmed about her life as the Pakistani military intervened in the region, culminating in the Second Battle of Swat. Yousafzai rose in prominence, giving interviews in print and on television, and she was nominated for the International Children’s Peace Prize by South African activist Desmond Tutu.

ABOUT THE OXFORD UNION SOCIETY:
The Union is the world’s most prestigious debating society, with an unparalleled reputation for bringing international guests and speakers to Oxford. It has been established for 190 years, aiming to promote debate and discussion not just in Oxford University, but across the globe.

Democracy Now!
Archbishop Desmond Tutu, the South African anti-apartheid icon, has died at the age of 90. In 1984 Desmond Tutu won the Nobel Peace Prize for his work fighting to end white minority rule in South Africa. After the fall of apartheid, Archbishop Tutu chaired the South African Truth and Reconciliation Commission, where he pushed for restorative justice. He was a leading voice for human rights and peace around the world. He opposed the Iraq War and condemned the Israeli occupation in Palestine, comparing it to apartheid South Africa. We reair two interviews Archbishop Tutu did on Democracy Now!, as well as two speeches on the Iraq War and the climate crisis.

Just For Laughs Gags
This man really wants to put his dirty paws on more than one cupcake and he is ready to take extreme measures to do so. This is proof yet again that people wearing turtle necks are not to be trusted! This is also proof yet again that sexy blond girls are perfect to make diversions with men and women alike.
A presentation of the Just For Laughs Gags. The funny hidden camera pranks show for the whole family. Juste pour rire les gags, l’émission de caméra cachée la plus comique de la télé!