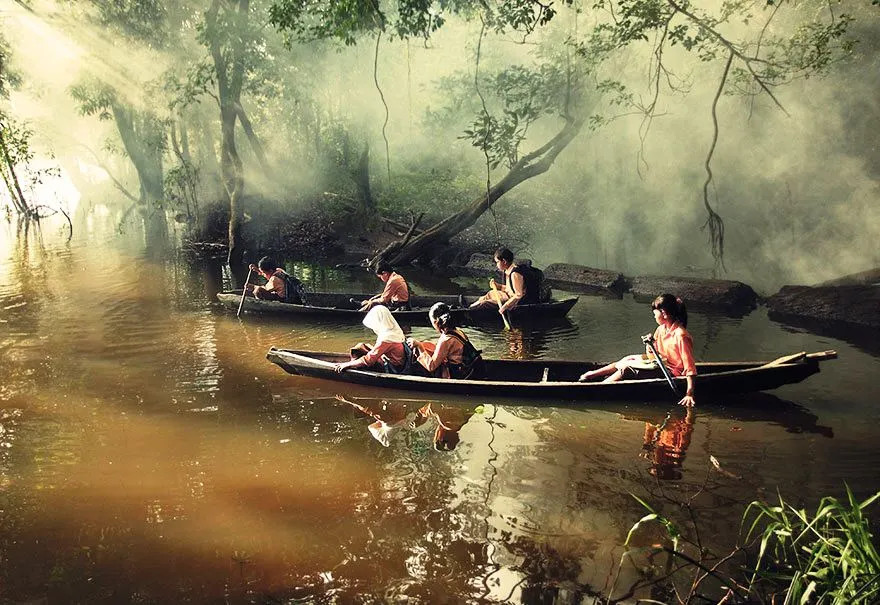 1 India, the tightrope walkers of the Himalayas | Deadliest journeys

During the winter, the valleys of the Indian Himalayas are secluded from the rest of the country. When spring arrives, the families from the hottest regions return to their villages in order to plough the fields. The trek home lasts many days and requires nerves of steel. Bus drivers graze the precipices and guzzle through roads barely wider than their vehicles. The truck drivers who supply the lost villages of the Himalayas act as tightrope walkers on 4,000 metre-high paths for minimal salaries.

13 nov. 2022
In Guatemala there is a silent crisis of abuse and child pregnancies robbing a generation of their youth.

Unreported World reveals the stories of the young indigenous girls forced into motherhood after being raped and sexually assaulted. Isolated girls are particularly vulnerable, with no phone signal, and no neighbours.

In 2020, an average of 13 girls aged 10-14 became pregnant through rape in Guatemala every day. The cries of these young girls go unheard, reporter Anja Popp explores how the justice system appears to be failing these girls and learns that only three per cent of reported sexual violence cases are investigated.

Some girls are abandoned by their family due to shame with a few pressured to live with their abusers. But there are a handful of people and organisations trying to make a difference and teach young girls to understand their bodies and resist the cycle of abuse.

This episode contains testimony around sexual violence you may find distressing.

Best Documentary
7 uur geleden in première gegaan
First producer of cocoa in the world, Côte d’Ivoire is the richest country in West Africa; however, the infrastructures are in a sorry state; aboard his truck, Yakou takes between eight and 10 hours to reach the isolated villages.

4 Bolivia: the Yungas, Beyond the Clouds | Deadliest Journeys

In the Bolivian Andes, at the risk of their lives, two courageous mothers travel some of the most dangerous roads in the country. After having filled up on living in La Paz, the highest city in the world, MARIA the grocer returns to the village. It is found in the high mountains of the Yungas. Maria is one of the few women in Bolivia who dares to face her tracks that are lost in the clouds. The grocer has a hell of a drive and a hell of a dose of courage, worthy of the wages of fear, to risk herself along the vertiginous ravines. Once up there, her road is not over, she takes the risk of riding her grocery store to an isolated village. Maria does not do it for the money but to help her inhabitants who walk for an hour in the mountains for some shopping. LOURDES, she ventures on the most famous of the Camino de la Muerte, in order to come to the aid of women gold diggers. She tries to dissuade them from continuing this job which will never make them rich, but above all kills them little by little. entire families work in waters highly polluted with mercury. The road that leads to the mines is a way of the cross, broken down truck and landslides regularly cut the road. The rain falls without stopping, the walls of the weakened mountains collapse, carrying away houses and roads in their path. It must be said that Bolivia is experiencing, due to global warming, extreme climatic phenomena. The fault lies partly with the loggers, who are gradually killing the Amazonian forest.

Best Documentary
In première gegaan op 11 nov 2022
Bhutan is a unique kingdom in the world. One of its peculiarities is to have established gross national happiness in its constitution. A scale to measure the level of happiness of its inhabitants. To contribute to this, the country lives in retreat from globalization and the population is very supervised, television only appeared in the 2000s and it is the first country in the world to have banned the sale of cigarettes. But are its 750,000 inhabitants really happy? Nestled at the foot of the Himalayas, Bhutan is crisscrossed most of the time by trails clinging to the top of vertiginous mountains. During the monsoon, travelers juggle with mud and landslides, traffic is often blocked for several days. To remedy this, the government called on the Dankas, workers from India who live in more than precarious conditions, without any protection they widen with explosives and asphalt the roads at an altitude of more than 3000 meters. And there is work, until 1961 there were almost no paved roads, today Bhutan is trying to create a road network to open up the country.

00:00 In the Gorkha region, far from the tourist circuits, residents regularly struggle against the monsoon. During these periods, mountain villages find themselves isolated for long months. Convoys of trucks and caravans of mules painfully try to supply the forgotten population. On the bus drivers’ side, they rarely fight for access.

Lesotho is a small kingdom enclosed in the vast territory of South Africa. This high-altitude country, one of the poorest in the world, has breathtaking landscapes, but above all it has a rare and precious asset in Africa: water. During the long winter months, the country is covered in snow and in the middle of the peeled-off mountains there is even a ski slope that is very popular with South Africans. On the dirt tracks and deserted roads that criss-cross the mountains, Alice and Fébellina struggle to find new customers for their old taxi. New encounters, mechanical problems, as well as anxiety and fits of laughter underline the two friends’ wanderings. Justice has no place in the heart of these lost mountains. Rustlers and other criminals sow terror in remote villages. The police do not venture there: there is no road. The only alternative to crime: the mounted militia. Ferocious horsemen who tirelessly chase bandits from valley to valley. They are nicknamed The Wrath of the Lion. In the no-man’s land that separates South Africa from Lesotho, vehicles must brave a winding road littered with pitfalls and cross the Sani Pass, a pass with a sinister reputation, under gusts of wind. There are few petrol stations in the interior; petrol is scarce. Reckless drivers brave the chasms to supply the lost villages.

dotvenue
13 nov. 2012
http://www.bbc.co.uk/programmes/b01n8278
Learning how to survive on an increasingly crowded planet is probably our ultimate challenge. But there is one place, home to over a sixth of the world’s population, which is already making a good shot at adapting: welcome to India. This extraordinary observational series casts aside the usual preconceptions about the sub-continent, and lets a few of India’s 1.2 billion show how their world really works.
Epsiode 1 of 3
HD 720p