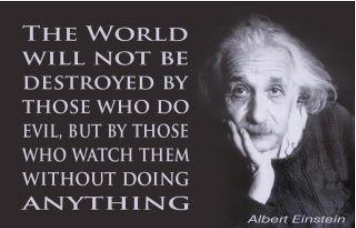 Bury/have your head in the sand

to refuse to think about unpleasant facts, although they will have an influence on your situation:

You’ve got to face facts here – you can’t just bury your head in the sand. 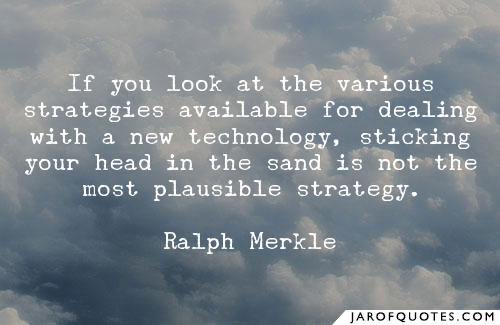 Do ostriches really bury their head in the sand?

As flightless birds, ostriches are unable to build nests in trees, so they lay their eggs in holes dug in the ground. To make sure that the eggs are evenly heated, they occasionally stick their heads into the nest to rotate the eggs, which makes it look like they’re trying to hide – hence the myth. An ostrich trying to hide from predators in this way wouldn’t last for long, and it wouldn’t be able to breathe, either!

Java Discover | Free Global Documentaries & Clips
“For me, this is the biggest scandal in human history,” says Carroll Muffett, Chairman of the Center for International Environmental Law in Washington, an NGO dealing with environmental law.

With Donald Trump, an outmoded view of climate change has taken hold of the White House again. Great news for oil companies such as Exxon and Shell. They have been secretly financing scientific studies and campaigns, which are talking down climate change and have been influencing the public debate for 60 years.

New documents prove that since 1957, these companies have known that burning fossil fuels changes the climate – their own, strictly secret research had revealed this. But the US oil companies did not only carry out research and then concealed their results. Since 1963, Exxon and Shell engineers have been using their knowledge about climate change to gear up for a warming planet: They built higher and sturdier oil rigs to compensate for rising sea levels and more severe storms. Pipelines in the Arctic were anchored more firmly because of the melting permafrost.

“Climate change was a huge thing at the time,” says geophysicist Edward Garvey, who worked for Exxon from 1978-1983. “Exxon researched in all directions, CO2 emissions, storm forecasts, melting permafrost. And then, overnight, all research programmes were discontinued. That’s so frustrating.”

Instead, the companies did exactly the opposite: they commissioned counter-studies, which were widely disseminated via lobby groups. They deliberately financed research to discredit their own results, tried to explain climate change through sunspots or deny it altogether. They stressed statistical errors and uncertainties. Climate change deniers still work like this today.

Meanwhile, two public prosecutors and several counties in the United States have started investigations against Exxon and other oil companies for deliberately misleading the public on the subject of climate change.

A story about the biggest cover-up in history, which lasted for 60 years and is only now being revealed.

oil and gas companies spent at least €251m lobbying the European Union over climate policies. Lobbying was also influential in Canada and Australia during the 2010s.

Its interesting about the fisherman. He is blasting the existence of the oil rig, but he is a long line fisherman which in and of itself requires petroleum for the diesel his boat runs on, fishing gear he is wearing, the lines themselves, and the very impact on fish stocks and the pollution of fishing lines/ buoys etc. leave on the environment. This is why we MUST develop non- fossil fuel, bio-centric products in our world.

The climates always changing. How is it that the climate we’ve had for the past 200 years is considered to be the norm, and not anything in the past 20,000 years?

Every time there is a new adult, there is a new home needed to be heated, a new car driven with a heater for winter. Our world has engine heat from all sorts of machines and vehicles world wide, billions of btu’s or calories of heat generated daily from cooking food, trillions of street lights all giving off heat, sun baking of how many black roofs and roadways in every city on earth, and an endless list more, is heating our earth every day. How can any one not believe in global warming.

Quality vid. Speak truth to power and check out my man Cornel West’s lecture of the same title…
4
BEANTWOORDEN

How do you cover up climate change? It is out there for everybody to see/feel.
4
BEANTWOORDEN
6 antwoorden bekijken

To win against a huge company, we need government officials on our side. When the US finally stepped up against Philip Morris,, we got a victory that led to changes in public policy on smoking. Without that win, it is doubtful that we would be entering smoke free public venues in the US today. We’re finaly a no smoking nation. Good reason to stay home. Europrans still love there cigs and have the right to light up amost anywhere but at a hospital bedside.
5
BEANTWOORDEN
7 antwoorden bekijken

The fact that this video was posted 8 months ago and the gas prices has risen to $5 and up to $7 in some places.
BEANTWOORDEN

Engineers would design for extreme weather events, which are NOT neccessary as results of climate changes, especially man made ones. I dont think it was true that as early as the 60’s the big oil companies had learnt about and hidden that CO2 would cause global warming. BTW, keeping the globe waring is the entire atmosphere mass, CO2 may have the ability to absorb long wave thermal radiation, but it can not block the heat from escaping out to space, nor it can radiate the heat back to the surface of Earth. According to natural laws of thermodynamics, heat can not flow from low temperature point to high temperature.
3
BEANTWOORDEN
34 antwoorden bekijken

most people don’t know what their emissions are, getting rid of my fridge halved my electricity usage
1
BEANTWOORDEN
Antwoord bekijken

The lawyer needs to go CLASS ACTION, not just one person. No gravitas.
2
BEANTWOORDEN
Antwoord bekijken

Class action lawsuit is required. They need to pay for their lies.
BEANTWOORDEN

It is getting hotter tho, so imagine what it would be like if climate change was real!!!
BEANTWOORDEN

This is profit motive turning into a Frankenstein. The monster becomes master. The idiots have sentenced all of us, including their own children, to a living hell on every level of human experience. We are marching to extinction.
3
BEANTWOORDEN
Antwoord bekijken

8:28 isn’t it ironic that bashing the evil fossil fuel companies is being done while driving down the highway in a fossil fuel driven car . ?!
1
BEANTWOORDEN
9 antwoorden bekijken

EVERY SINGLE RIG IN THE WORLD LEAKS HORRIBLY. You will never get the public to believe otherwise, WE KNOW…
BEANTWOORDEN

Wc The higher the temperature, the more the oceans will evaporate, then there will be more humidity and more precipitation, the desert will decrease plants regarding moisture and carbon dioxide will grow faster, the history of the earth is such that if global warming was antiquity, then it was a paradise for the biosphere,. .and when global cooling was then the evaporation of the oceans would decrease and precipitation would decrease, the desert would increase, this would collapse for the biosphere.The largest desert Antarctica, the hottest place the rainforests.
1
BEANTWOORDEN
Antwoord bekijken

WE NEED WATER, NOT OIL. Pull out those old leaky pipes and put water in. We need jobs, there you go…

We have been cooling for 50 million years, now 2 degrees and we all die? Something does not smell right.

These disasters due to climate change are written in the Holy Bible, God’s Judgments coming on the earth because of the wickedness of mankind; men won’t repent of their sins and they reject the Lord Jesus Christ who is the only one that can forgive sins, without Him, your sins will remain for the day of His wrath and when you stand before Almighty God at the “Great White Throne Judgement” Revelation 20.

1 Michael Sandel – Justice: What’s the right thing to do?

The RSA
Justice: Whats the right thing to do? Michael Sandel visits the RSA to argue for a new commitment to citizenship and the common good

If you wanna hear more from this guy, he has a lecture series also on youtube that is absolutely amazing.

I just finished his “Justice” and it was a very well reasoned defence of an Aristotelean-type notion of justice. It was a nice breath of philosophical fresh air given the widespread popularity of the Rawlsian notion of justice. Rick

I think I’ve figured out why I like sandel so much, he brings philosophy to being applied in our society. Not only is he a great philosopher that is great at presenting his ideas, but he has taken on a subject of justice and ethics applying them to todays world with different analogies that make you really think about arguments for AND against, pros and cons to see different sides of the arguments. I usually agree with most his conclusions but even if I don’t he presents a respectable argument.

What a great man.

yes he has a great series Justice: what’s the right thing to do that is several clips about an hour long that covers a lot and worth watching! I encourage everyone to watch and think his work. And since this video he mentions writing a book on justice I hope to buy it sometime.

They privatized their gains but socialized their losses..

I completely agree with that sentiment. He is not the type of person to ever say “I have figured this out”. I do not always agree with him, but he never demands that I do. I never feel coerced in anything he says.

2 Blowing Up Cars For Fun

Just For Laughs Gags
Hahaha! The cop rushed people to safety because their car is filling up with smoke. All of a sudden, a loud explosion is heard and bits of car come flying onto the sidewalk! Oh NO, their cars have blown up for no apparent reason, other than the fact we felt like scaring them!
A presentation of JustForLaughsTV, the official Just For Laughs Gags YouTube channel. Home of the funniest, greatest, most amazing, most hilarious, win filled, comedy galore, hidden camera pranks in the world!
Part 1